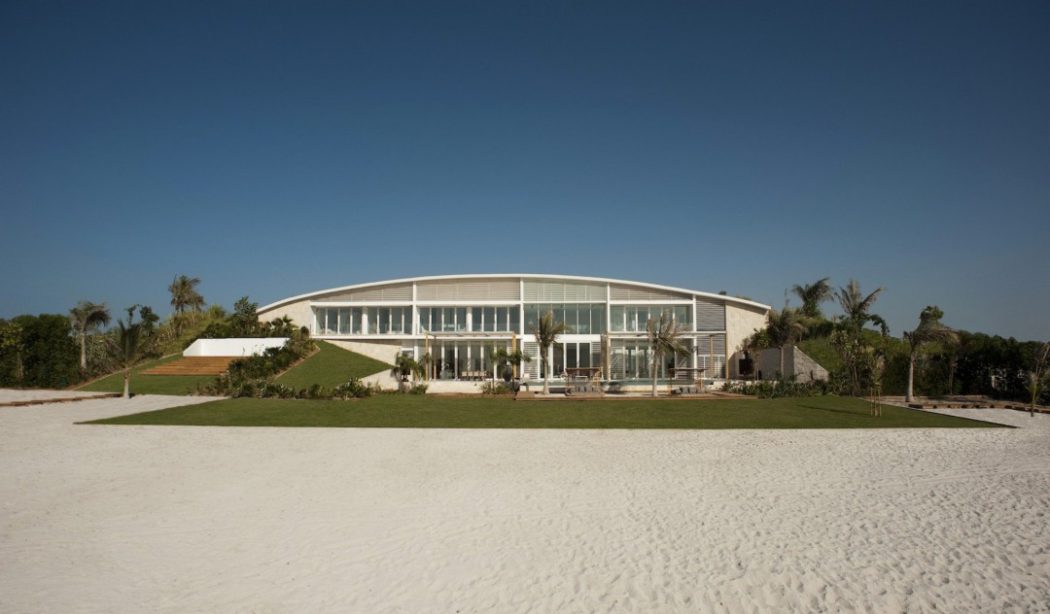 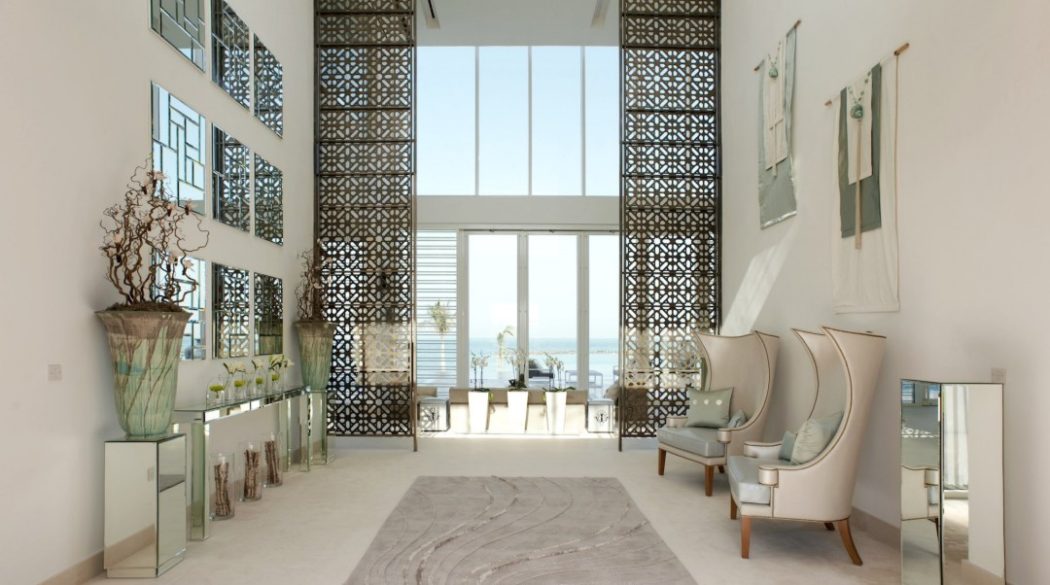 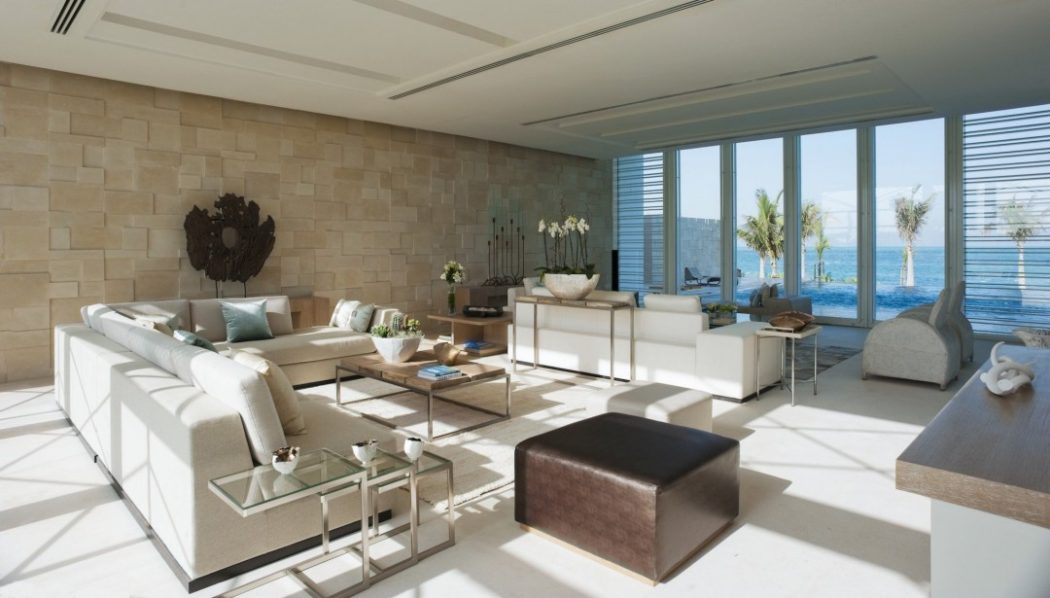 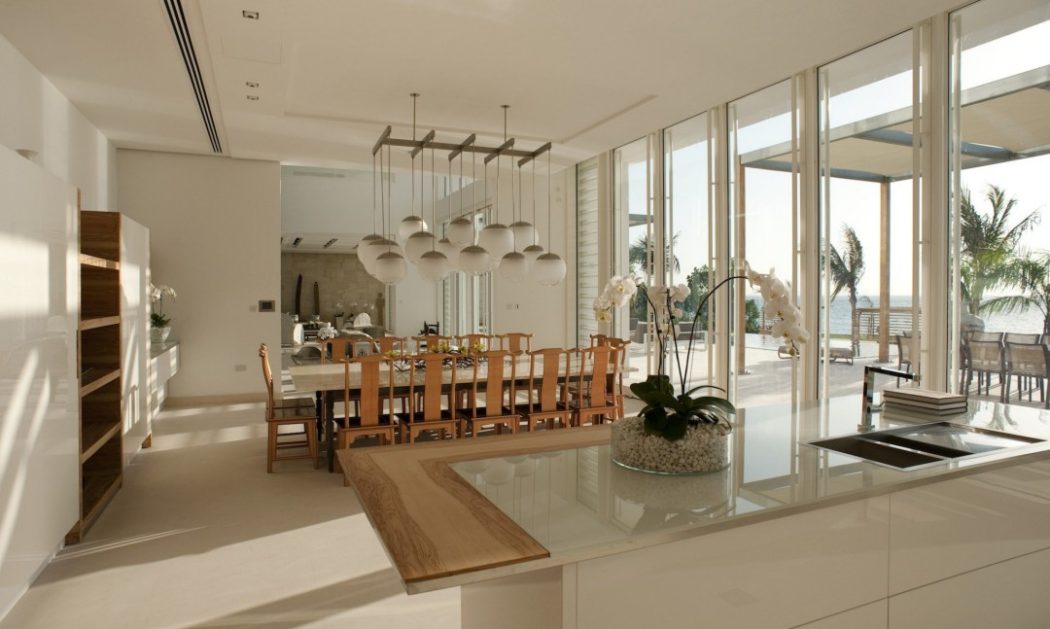 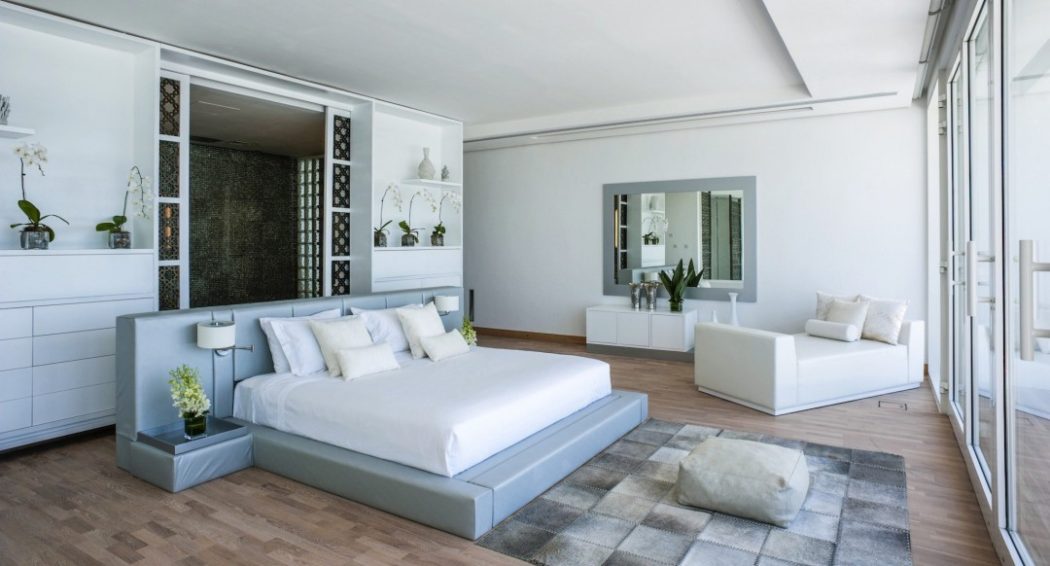 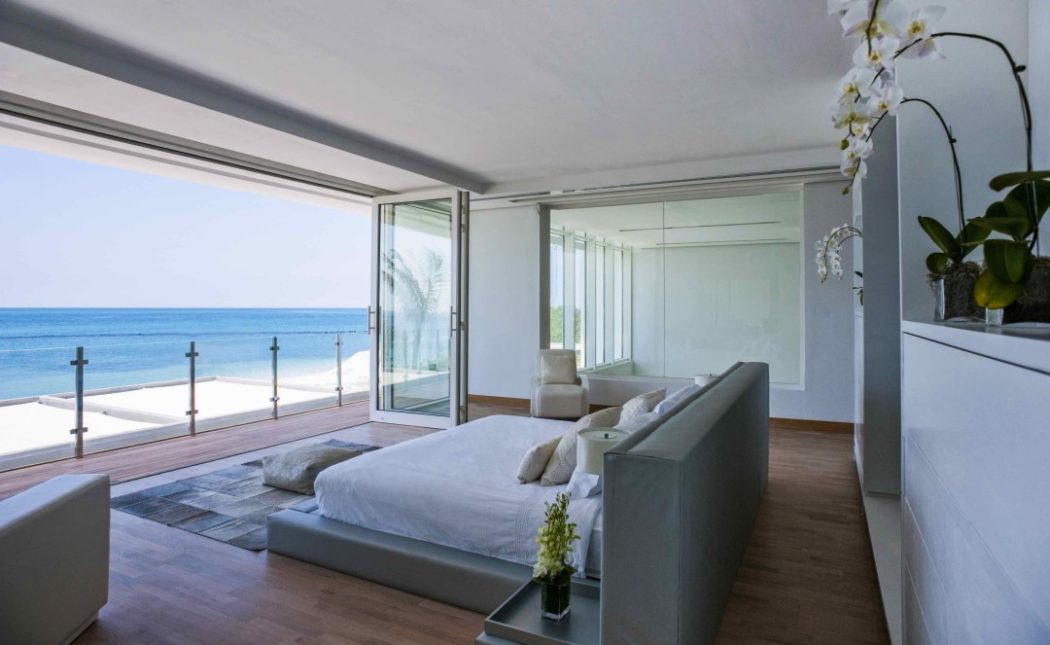 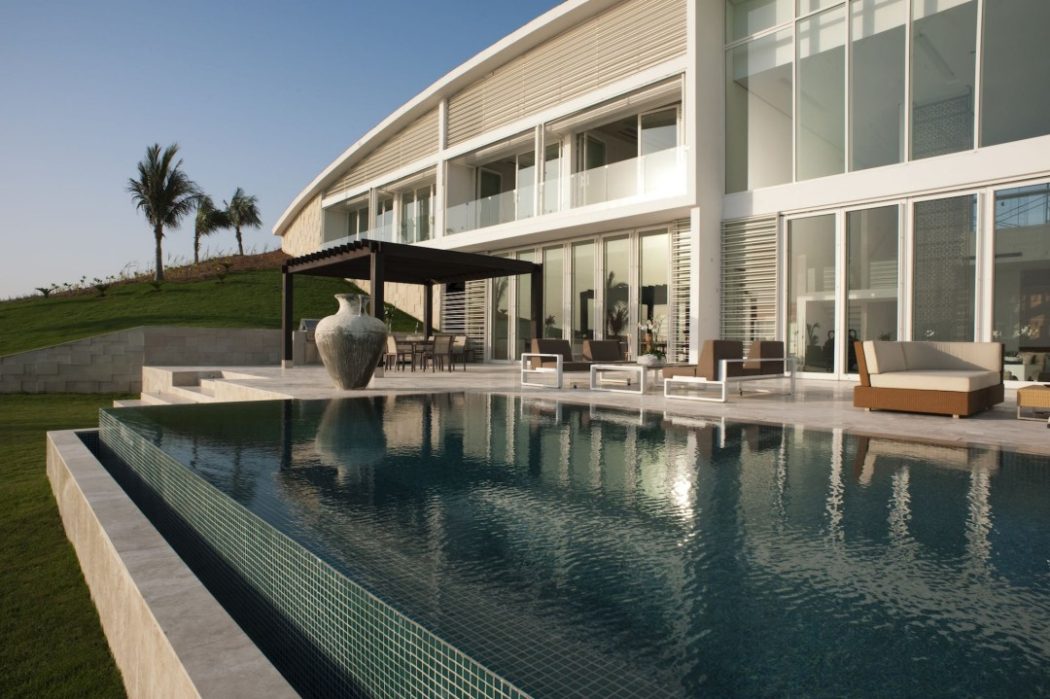 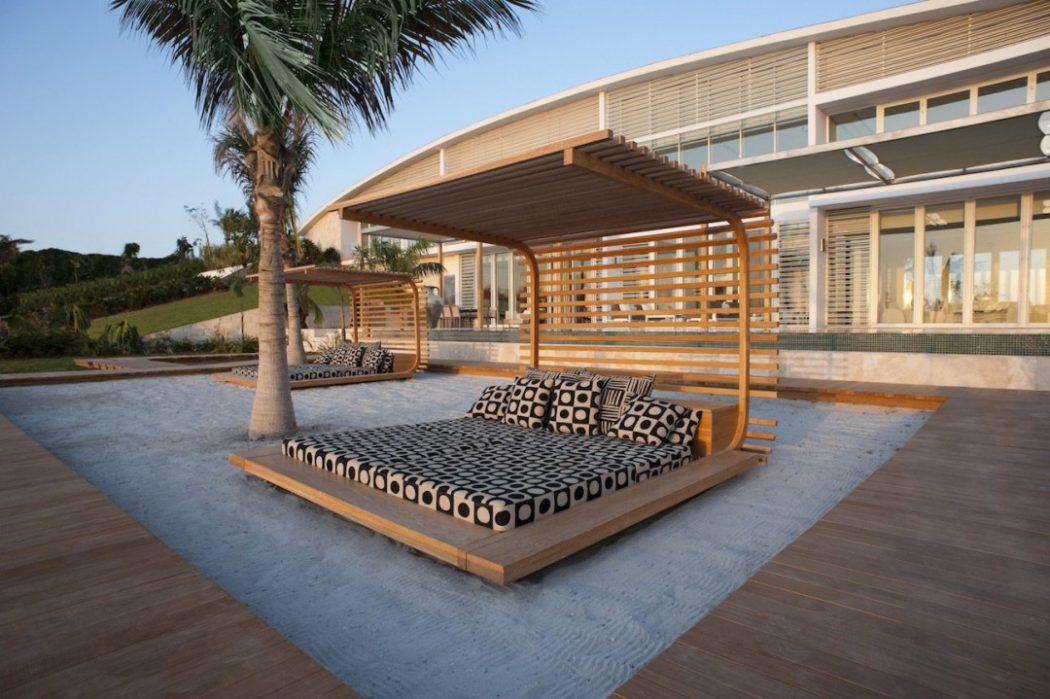 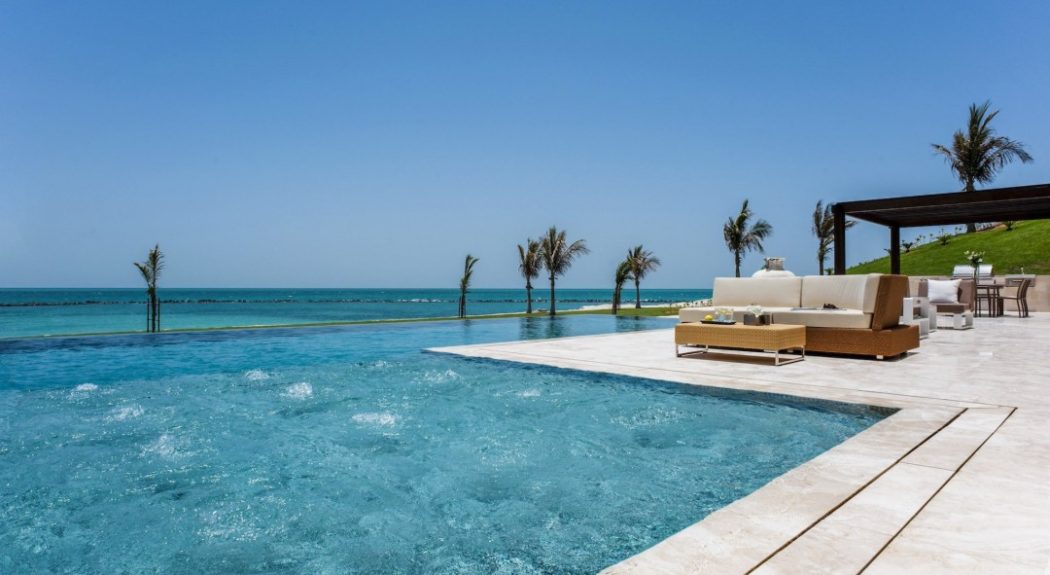 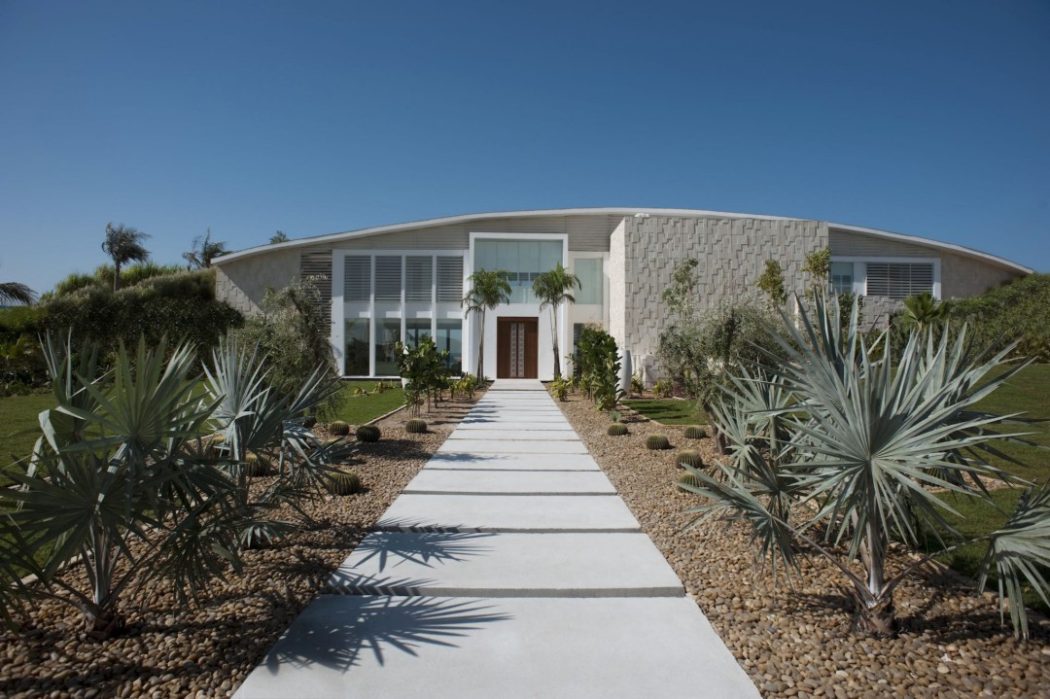 Find Your Bliss in this Abu Dhabi Island Mansion

Abu Dhabi is home to some pretty exclusive residences, but some of the most exclusive can be found on Zaya Nurai Island, a private land mass (or at least semi-private, as there are multiple dwellings) situated about 15 minutes northwest of the Formula 1 track at Yas Marina by powerboat (even less by helicopter). The semi-subterranean house you see here – designed by New York based Studio Dror and dubbed Beach Estate – occupies one of the island’s 1.033 acre waterfront lots, and incorporates six bedrooms, eight bathrooms, a game room, a movie theater, office and servants’ quarters into its roughly 18,000 square-feet of living space. Outside, you’ll find an infinity pool and a Jacuzzi, while the island’s community center (which is just a short walk or golf cart ride away) is home to a spa and a gym. The asking price isn’t being made public, but we surmise it’s in the multiple-millions-of-dollars range.