Despite all the advancements that have been made in medical science, it’s still highly uncommon for a human to reach 100 years of age. It’s even less common to live to 105, but Yutaka Katayama (who died on Thursday in his native Japan) managed to do just that. And while we don’t know if he took any of the usual avenues toward longevity that most of the super-centenarians that you hear about in the news did (other than claiming he drank three liters of water every day), we do know that he was a Nissan executive for many years. In fact, he may have been the most important figure (other than its founders) in the company’s 81-year history.

Although he joined the fledgling Nissan Motor Company when he was fresh out of college in 1935, it wasn’t until after World War II that his influence really began to be felt. In the early 1950s he prodded Japan’s major automakers to work together to stage the country’s first auto show. He met with tremendous resistance at first, but eventually Nissan, Prince, Toyota, Mitsubishi and others got on board, and they put on the first Motor Show in Tokyo’s Hibiya Park in April 1954. Today, the biennial Tokyo Motor Show is one of the highlights of the international auto show calendar, and it still uses the logo Katayama-san designed for the first one. 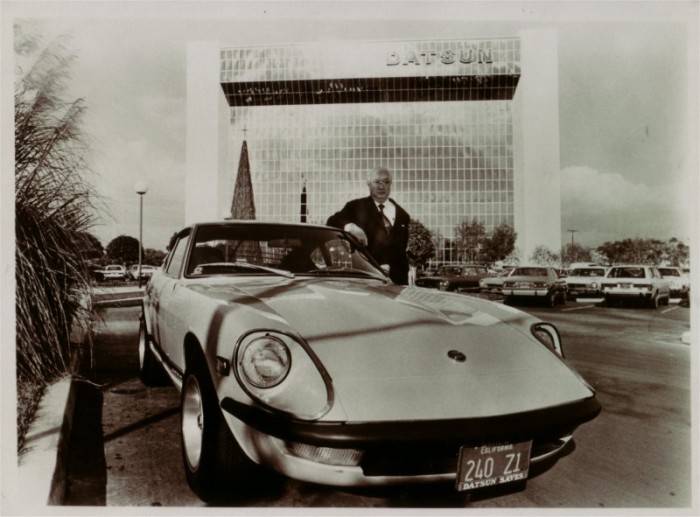 Yet there were still plenty of people within Nissan who were turned off by Katayama’s maverick tendencies, and in 1960 the higher-ups shipped him to Los Angeles and tasked him with setting up a U.S. sales and marketing division. Initially, there were separate East Coast and West Coast divisions, but they were unified in 1965 and Katayama named the man in charge. All the while, “Mr. K” was badgering the home office on a regular basis to up its game in terms of product design, quality and performance, for he knew that Datsun vehicles (as Nissans were called over here and most other export markets prior to 1984) would remain relegated to niche status if management stayed the course.

One of the first products to adhere to Katayama’s formula for appealing to U.S. buyers was the Datsun 510 (seen below in BRE-prepared Trans-Am racer form), which premiered in the fall of 1967 as a ’68 model. Its clean, crisp styling, a 1.6L SOHC engine that was perky enough to keep up with domestic V8s in everyday traffic and fully-independent suspension (except on the station wagon) made the 510 a legitimate Asian alternative to BMW’s Neue Klasse sport sedans…but at a much, much lower price point. 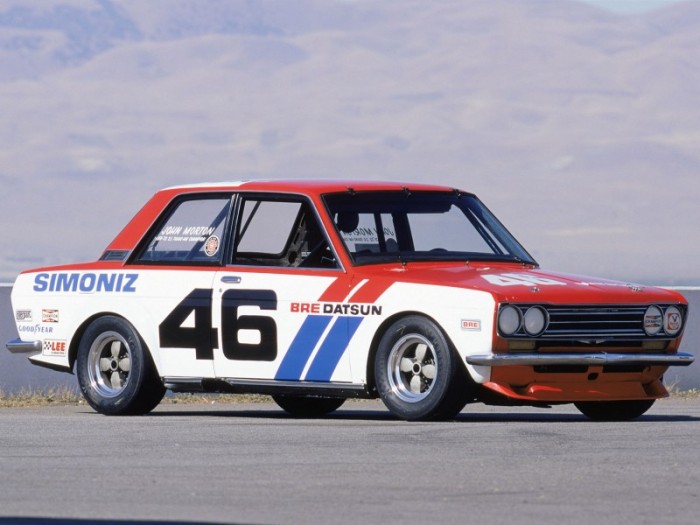 However, it was Datsun’s next big product rollout that would cement Mr. K’s place in history. He commissioned designers to come up with a replacement for the company’s dated Fairlady/Roadster series. The resulting car – the 1970 Datsun 240Z – was an instant sensation, introducing American enthusiasts to the then-novel concept of an affordable sports car that would consistently get you from one place to another without breaking down long before the Miata was a gleam in Mazda’s metaphorical eye. And of course, Katayama insisted on messing with the car to bring it more in line with what U.S. buyers wanted, specifically calling for a larger 2.4L SOHC inline-six engine (JDM models used less-torquey 2.0L straight-sixes, though one of them was the Hakosuka Skyline GT-R’s screaming DOHC unit installed in the very-rare Fairlady Z432.) and changing the name from the effeminate Fairlady Z to 240Z.

Mr. K officially retired in 1977, but he remained a keen follower – and critic – of the automotive industry until the very end. He was inducted into the Automotive Hall of Fame in 1998, and the Japan Automotive Hall of Fame a decade later. He made countless appearances at Z-Car gatherings and other shows, and was still driving – a Z, of course – after his 100th birthday. Yutaka Katayama is survived by his wife of 78 years(!), Masako, their four children, 11 grandchildren, 18 great-grandchildren, and legions of car enthusiasts around the world who will be forever grateful that he made the decisions he did.

*Click the Closed Captioning button for English subtitles in the videos below.*