Yachtzoo Atom is Anything but Microscopic 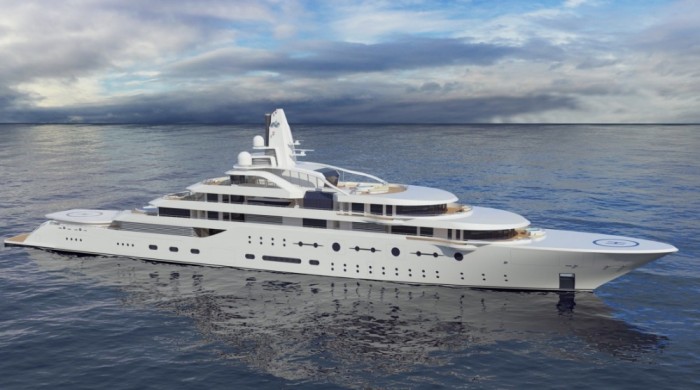 There are those who say size matters, while others say it’s not about size but how you use it. Regardless of which side of the debate you’re on, big things tend to be big attention grabbers. And certainly a yacht measuring 443 feet long ought to qualify as big, but the dimensions of the Yachtzoo (Uh…gesundheit?) Atom aren’t the only reasons it’s worthy of your attention. 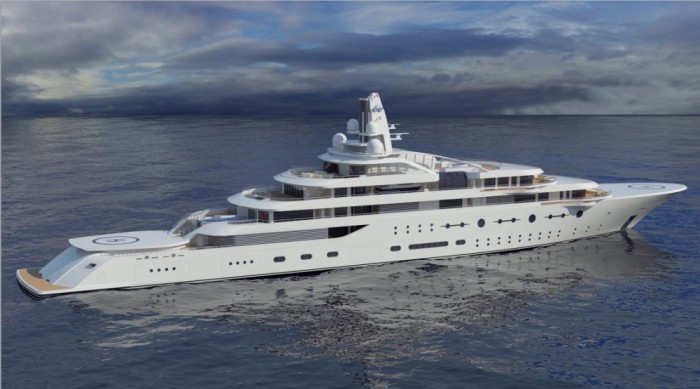 Take, for example, its amenities for other, less gargantuan vehicles: It features two helicopter pads (one on the bow and one on the stern), a garage for storing the twin 39’ limo tenders that shuttle guests to and from shore, and even a launch facility for compact submarines. Up to 14 passengers – spread out among seven palatial VIP staterooms – can stay aboard, while six cabins provide accommodations for a crew of up to 43! 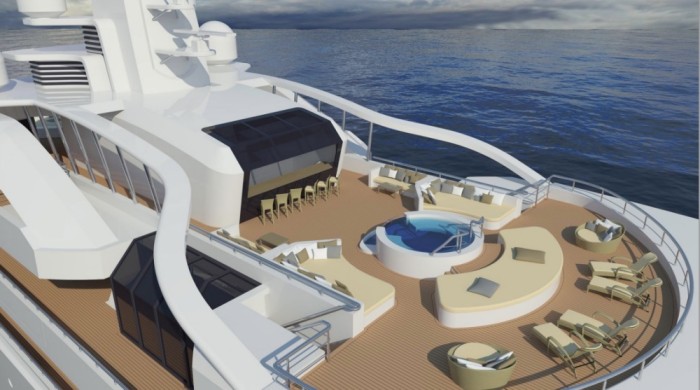 Yachtzoo worked closely with two other firms, The A Group and Fincantieri Yachts, to develop the Atom’s propulsion system, which features 6 MTU generators and a pair of electric Azipods. The drive system is allegedly muscular enough to push this leviathan of a yacht to a respectable (but not particularly remarkable) top speed of 18 knots, though we’re guessing the Atom will be spending much, much more time with its anchors dropped and causing an epidemic of hull-envy in the harbor than it will with the throttle set to full ahead. 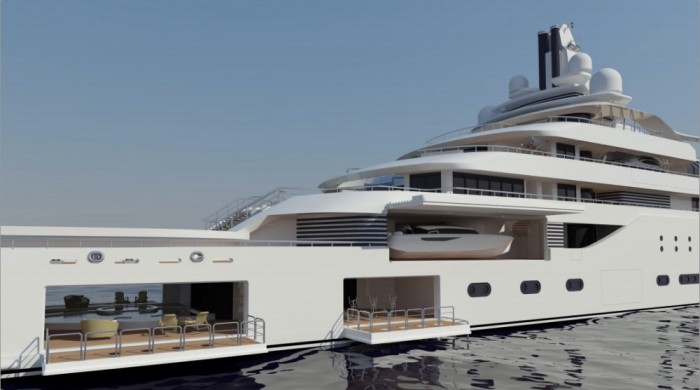