X-Games 17: RallyCross Racing – Mayhem in the Streets of Downtown LA 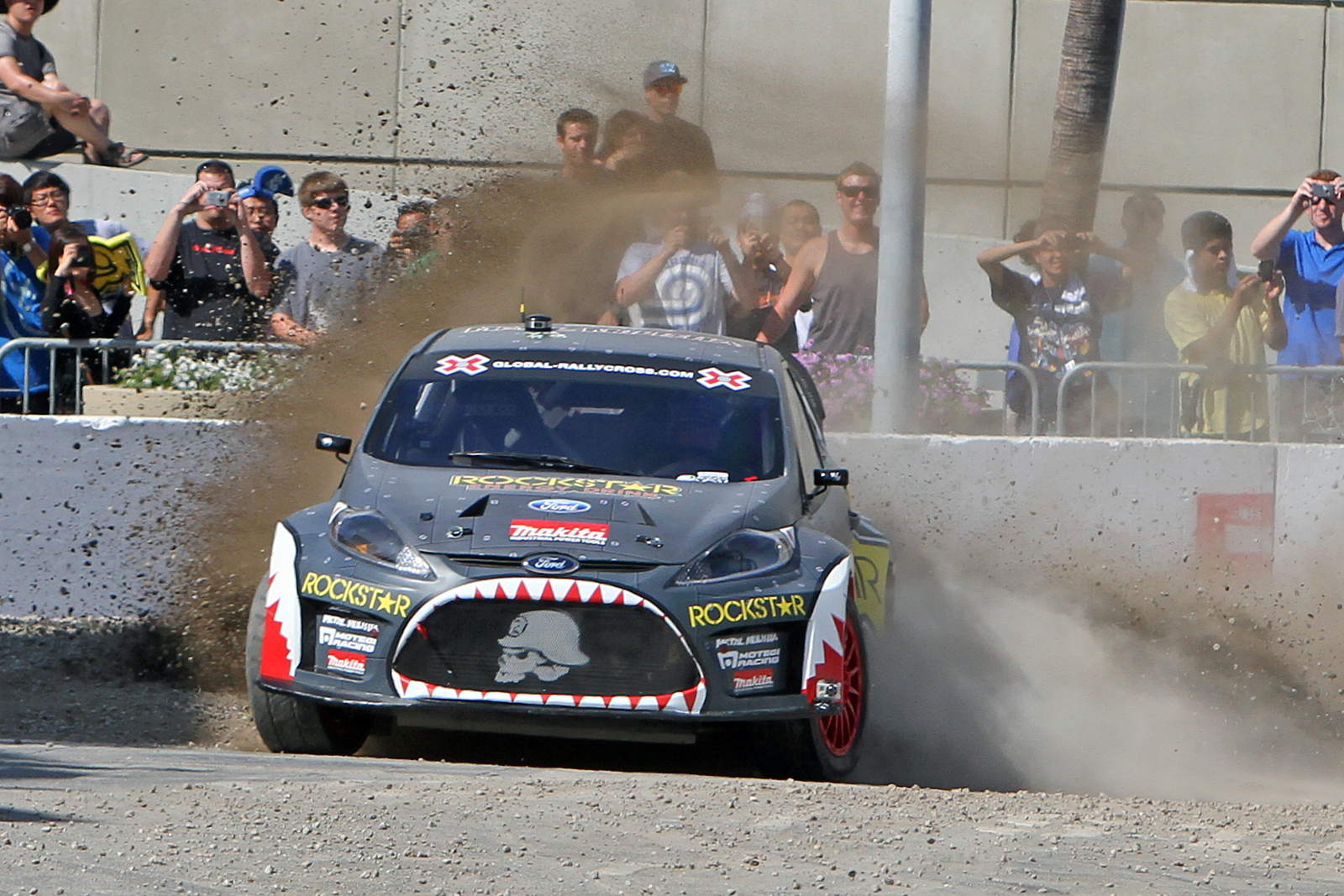 The second Rally Car event in this year’s X-Games was RallyCross Racing. Unlike Saturday’s event where drivers compete head to head against one another, RallyCross features 4-car heats. Metal Mulisha’s Brian Deegan added X-Games Gold medal to his collection after winning this year’s final heat. But the real story was Travis Pastrana’s determination.

Travis Pastrana is no stranger to X-Games – over the years he has won numerous Gold medals in both Moto X events as well as Rally Racing in 2008. In what was dubbed Pastranathon, Travis was to compete not only on numerous X-Games events this weekend, but also make his NASCAR Nationwide Series debut on Saturday night. But in attempting to land a 720 on his Moto X bike during the Best Trick competition Thursday night, Travis broke his foot and ankle. 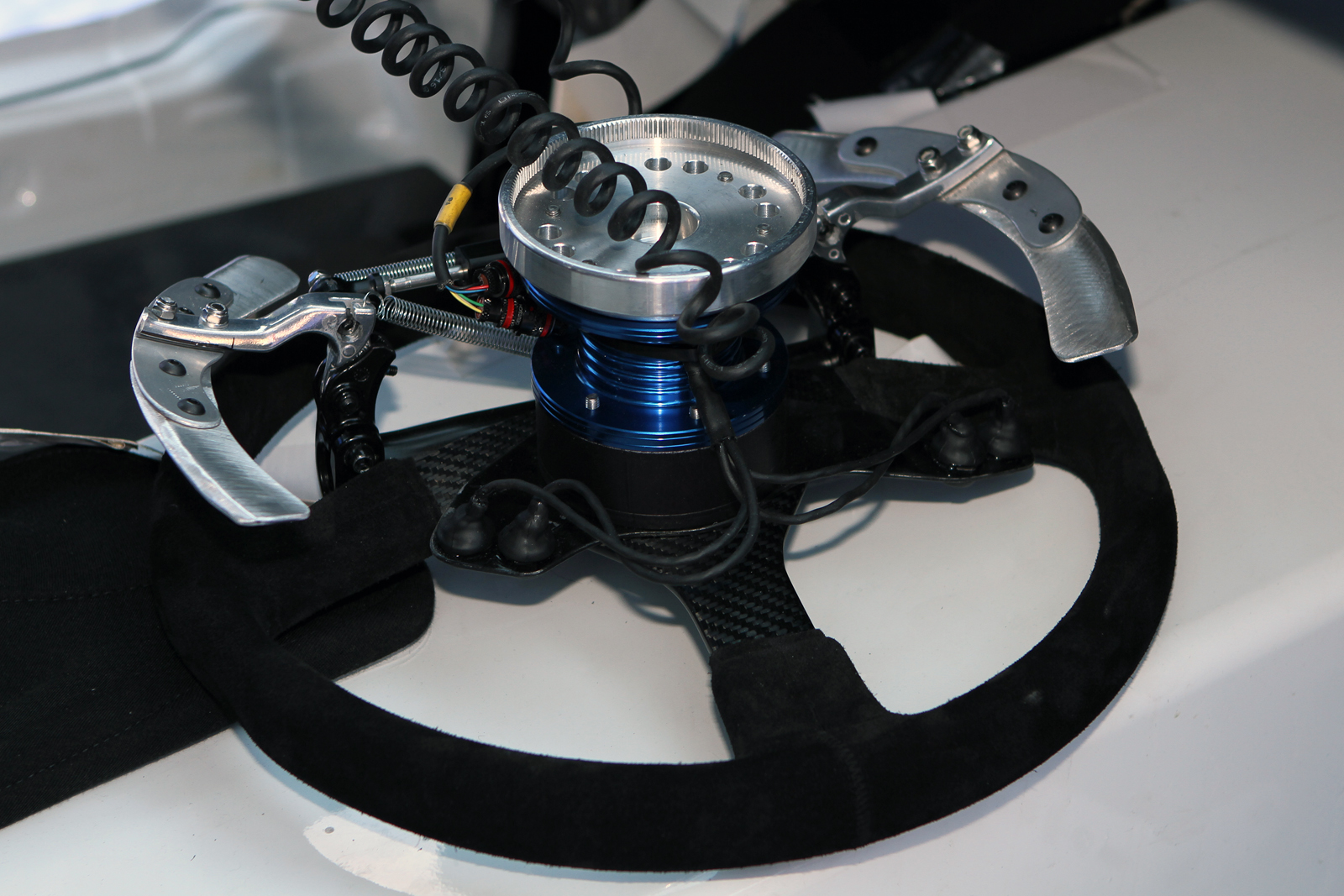 Many thought Pastranathon was over, and in some ways it was – as Travis was unable to compete in the NASCAR race. But in an attempt to save the weekend for Travis – the Subaru Rally Team USA worked through the night to create a set of hand controls Travis could use to drive his rally car. Check out the photo above of his hand controls – which were used to operate the car’s throttle and brakes. To help Travis get acclimated to his new set of controls, Subaru took the car out to Dodger Stadium both Friday and Saturday nights – giving Travis a chance, and some space to practice. After taking some practice laps, and even a few jumps, on Sunday morning, Travis decided he felt comfortable enough to race. 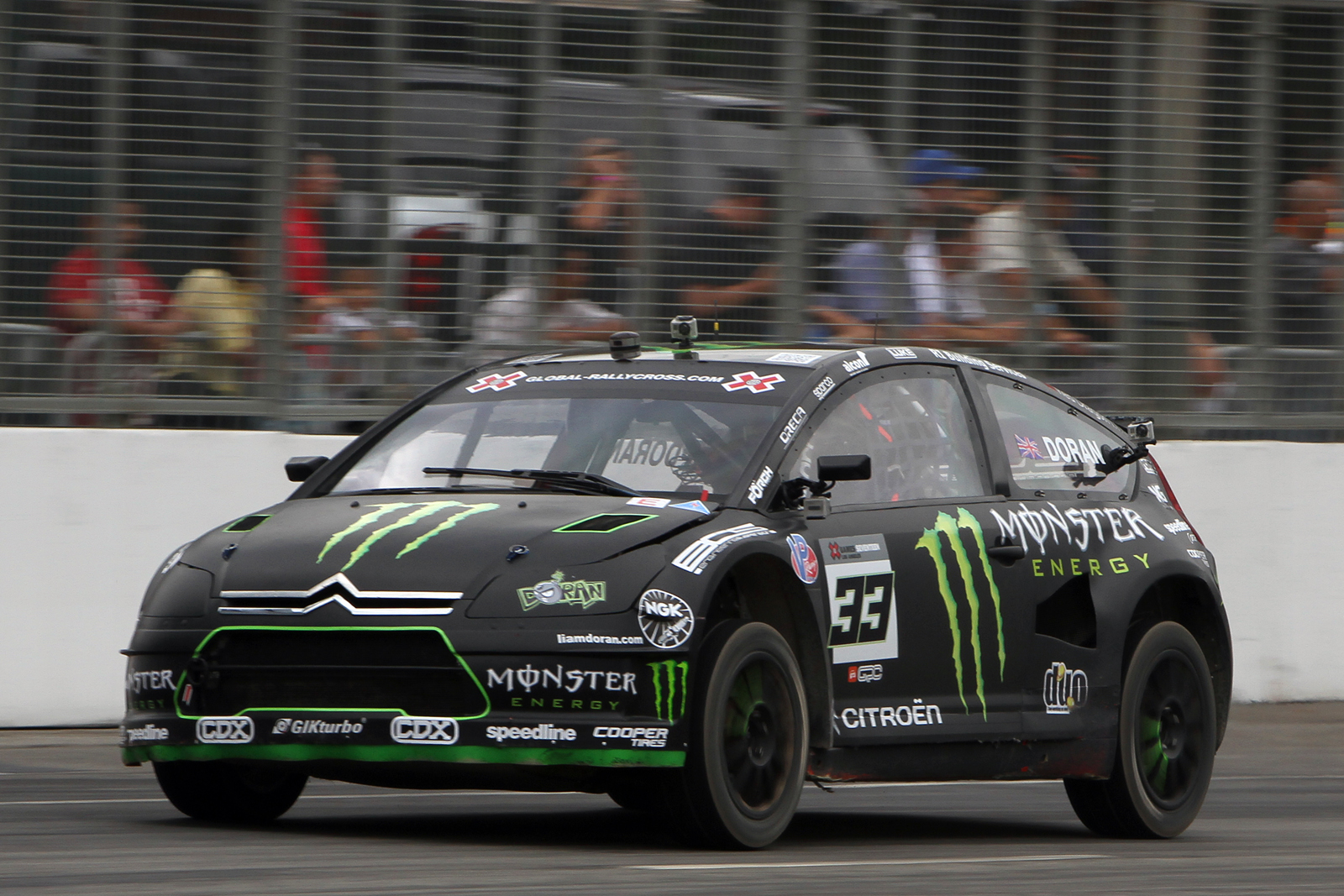 Foust, Deegan, Gronholm, and Doran each won their respective Round 1 heats. Doran was the fastest of all in Round 1, finishing the heat in 3:40.071, five seconds faster than the next Round 1 winner, Marcus Gronholm. He was well on his way to a potential double-Gold at X-Games 17. 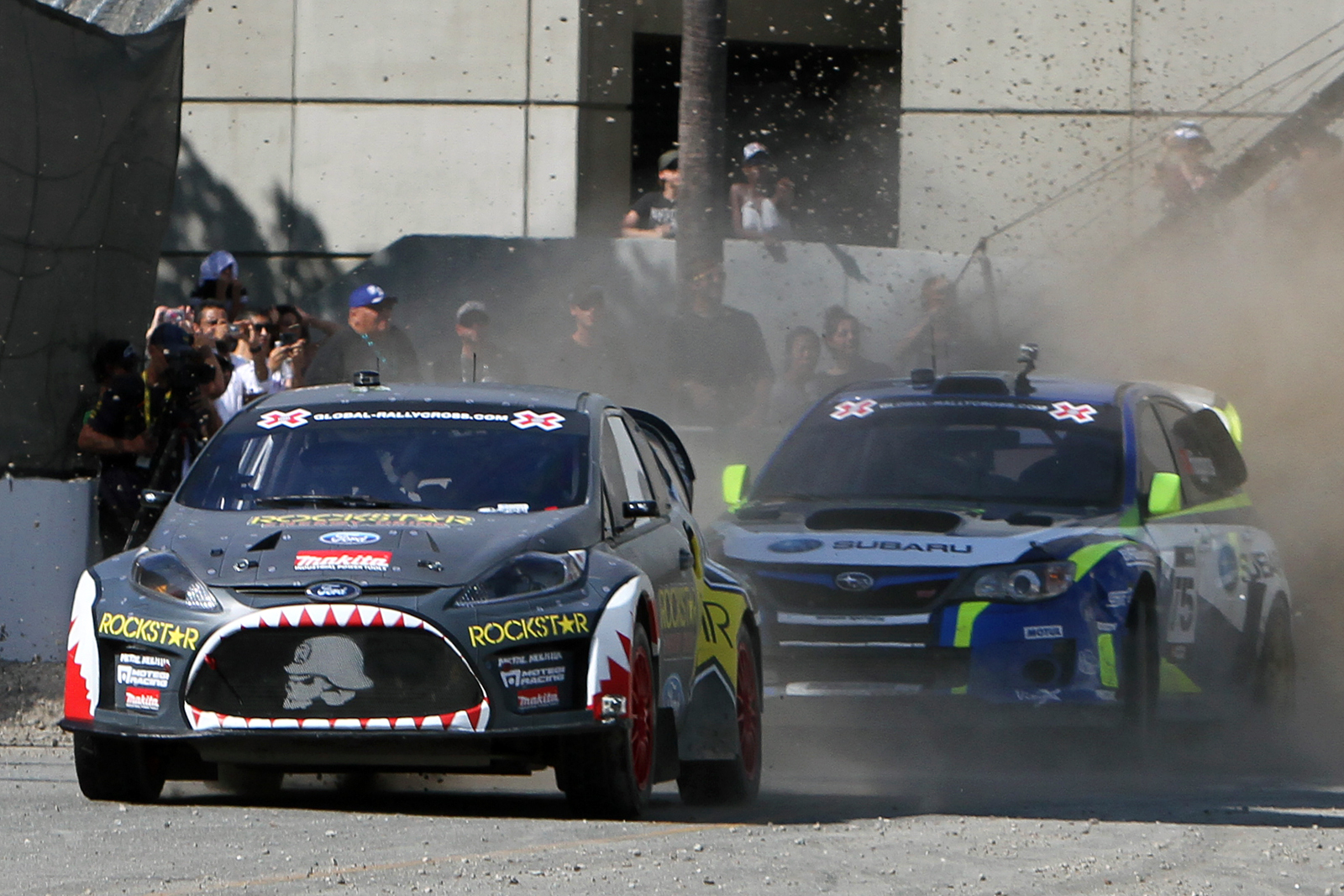 Eight cars lined up for Sunday’s RallyCross final – and at the start, Doran took an early lead. But heading down towards the first turn, he was bumped by Tanner Foust and spun – hit the outside wall, and damaged his Citroen C4. This allowed Brian Deegan to sneak by and take the lead, which he would hold onto until the end of the race, taking the Gold medal for the event. 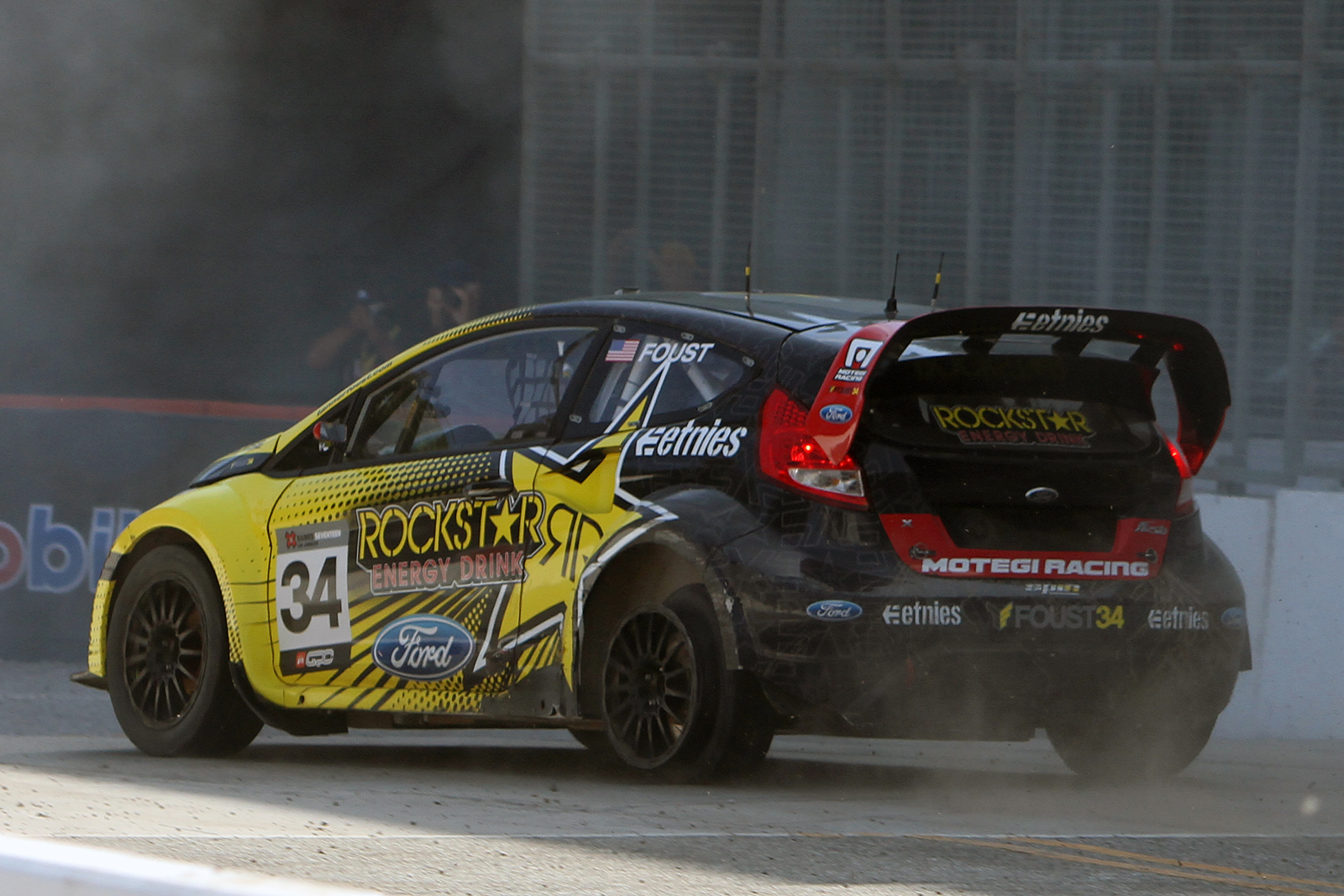 Pastrana narrowly missed a podium finish – crashing on the last lap of the race. Travis came into one of the turns too fast, missed a shift, and meant to pull the car’s clutch – which in the heat of the race, he thought was the right paddle, similar to a motorcyle. This was actually instead, the car’s throttle, sending him directly into the wall. Foust managed to hold onto second place, despite completely losing his left rear tire after a blowout, and Marcus Gronholm finished 3rd. Check out our gallery below for the rest of our coverage of this year’s X-Games RallyCross.