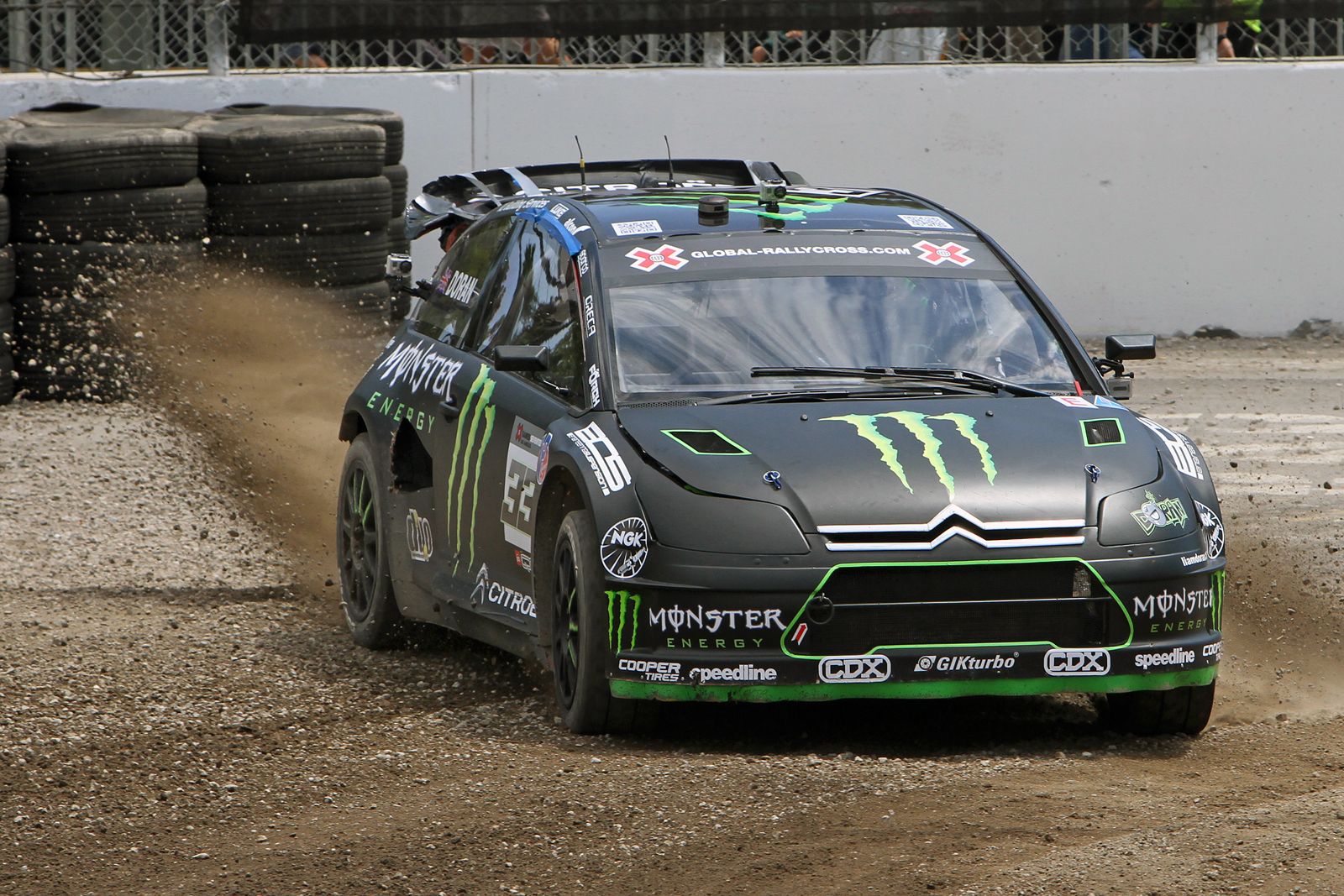 With names like Foust, Gronholm, Block, and Mirra – not many expected 24 year old British driver Liam Doran to walk away with X-Games Gold in Rally Car Racing. But it wasn’t easy – first he had to beat 2-time World Rally Champion Marcus Gronholm in the finals this past Saturday in Los Angeles. Click past the break to see the rest of our coverage of this year’s Rally Car Racing at X-Games 17. 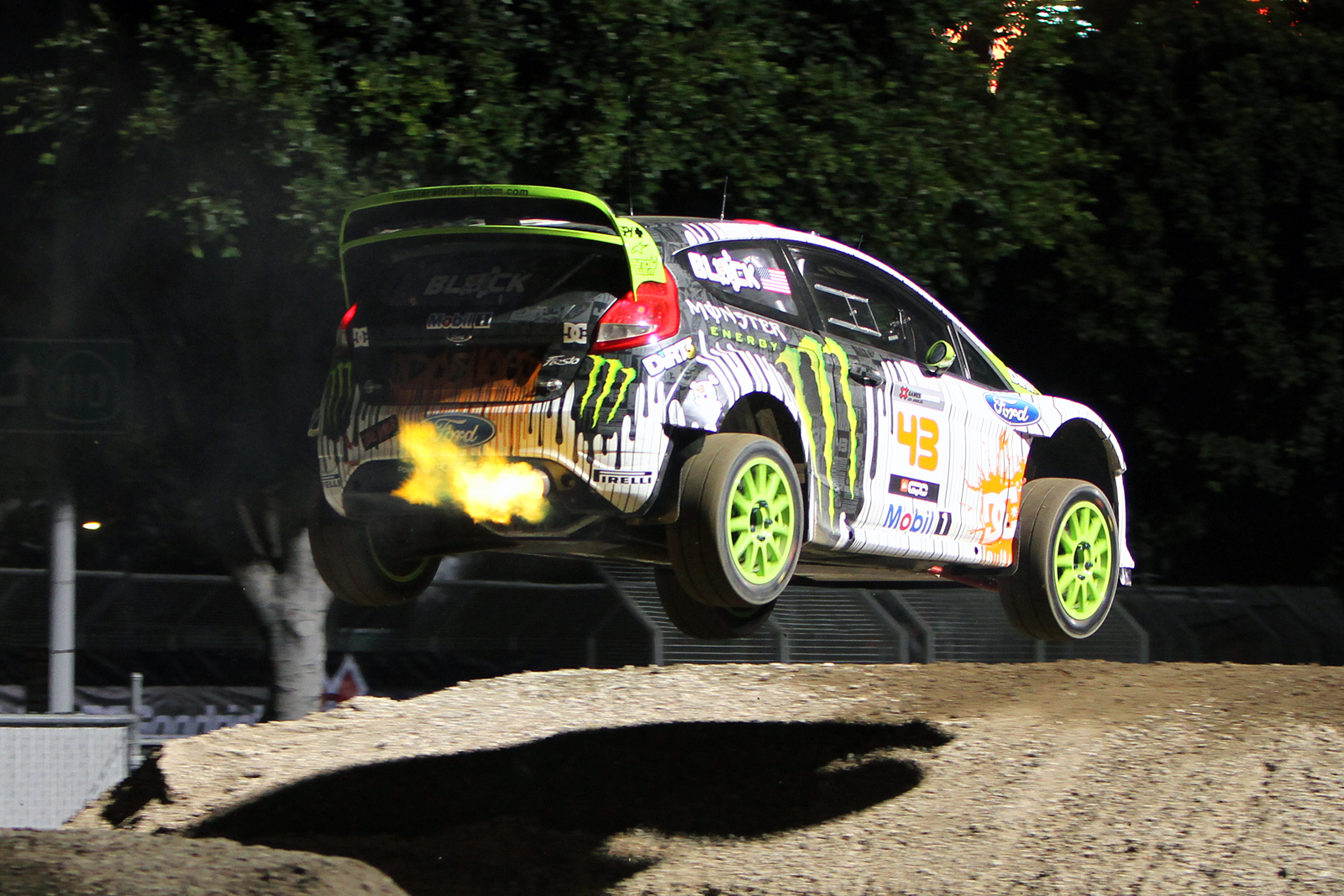 This year’s X-Games featured the first ever Rally course built on the streets of Los Angeles, winding past the Convention Center, in front of Staples Center, and down Figueroa Street in downtown LA. With both asphalt and dirt sections, as well as a 52 foot jump, this was an exciting, yet challenging course. Rally action in this year’s X-Games began on Friday night, as drivers took turns practicing on the jump. Sub5Zero was on hand to catch all of the action, including some incredible backfire flames such as the one coming from Ken Block‘s car above. 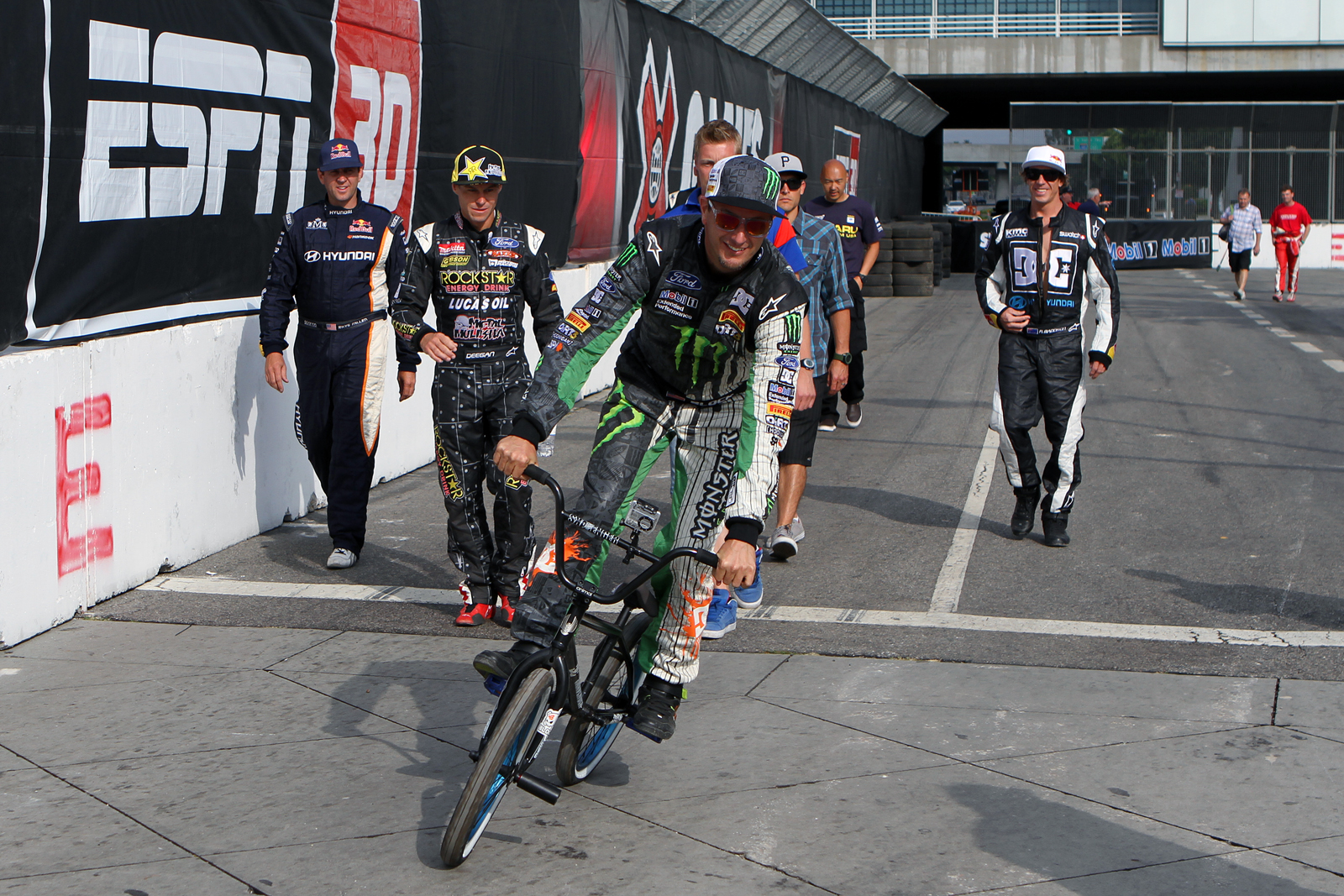 This year’s field of drivers included 2-Time World Rally Champion Marcus Gronholm, 2-Time Formula D Champion Tanner Foust, this year’s Rally America Champion David Higgins, Metal Mulisha founding member Brian Deegan, and everyone’s favorite Hoonigan – Ken Block. We joined the drivers in their morning track walk on Saturday – where Block showed us just how a track walk should be done! In the time it took us to walk the track – Block managed to finish 3 laps of the course in his BMX bike. 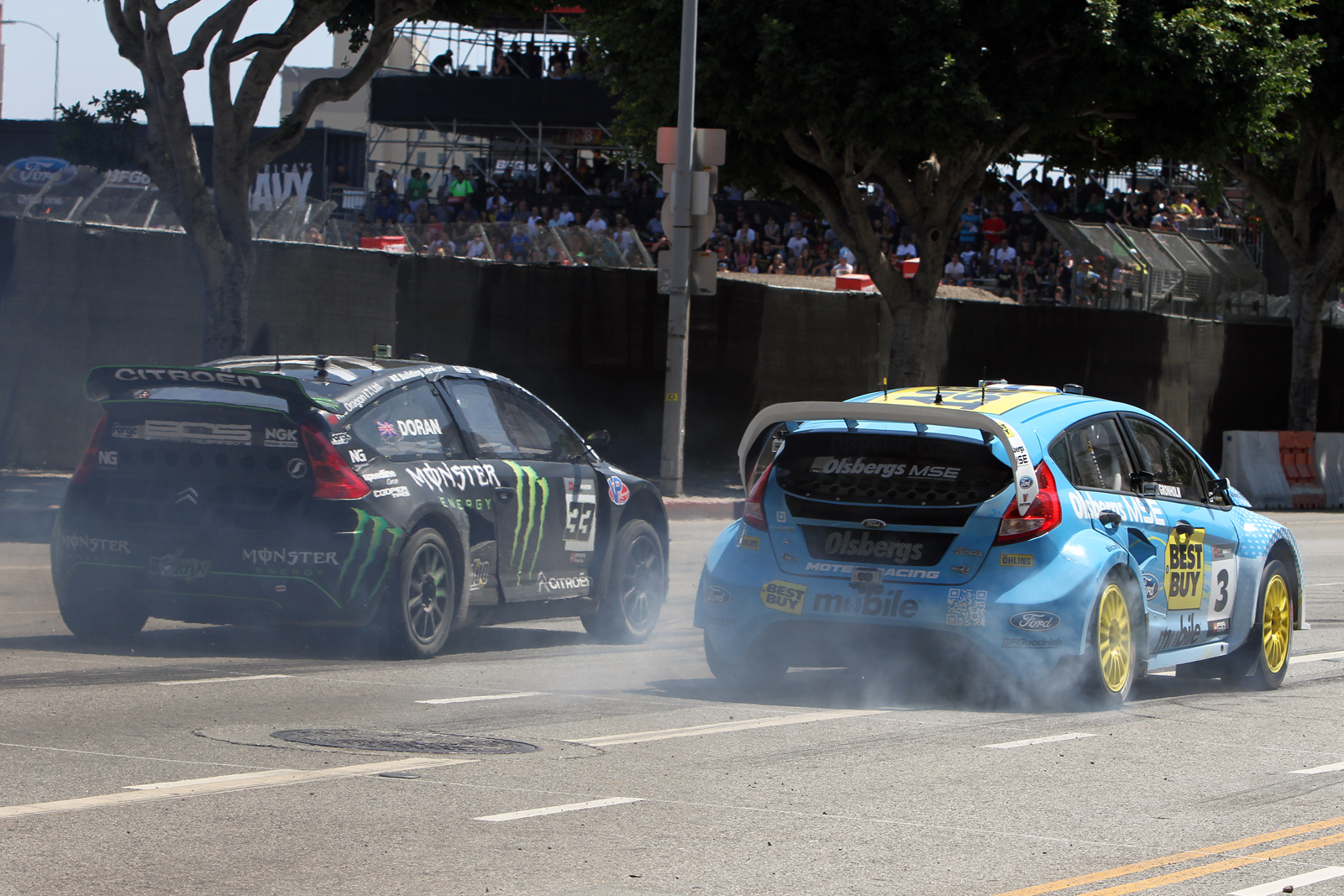 Doran was able to beat Joseph Burke in Saturday’s Quarterfinals, and then getting past Tanner Foust in the semifinals as Tanner’s car suffered mechanical issues. To earn Gold, drivers had to win 2 out of 3 heats in Rally Car Racing’s finals. Doran was able to get the holeshot in the two first heat – finishing first in both – and taking the win over Gronholm. 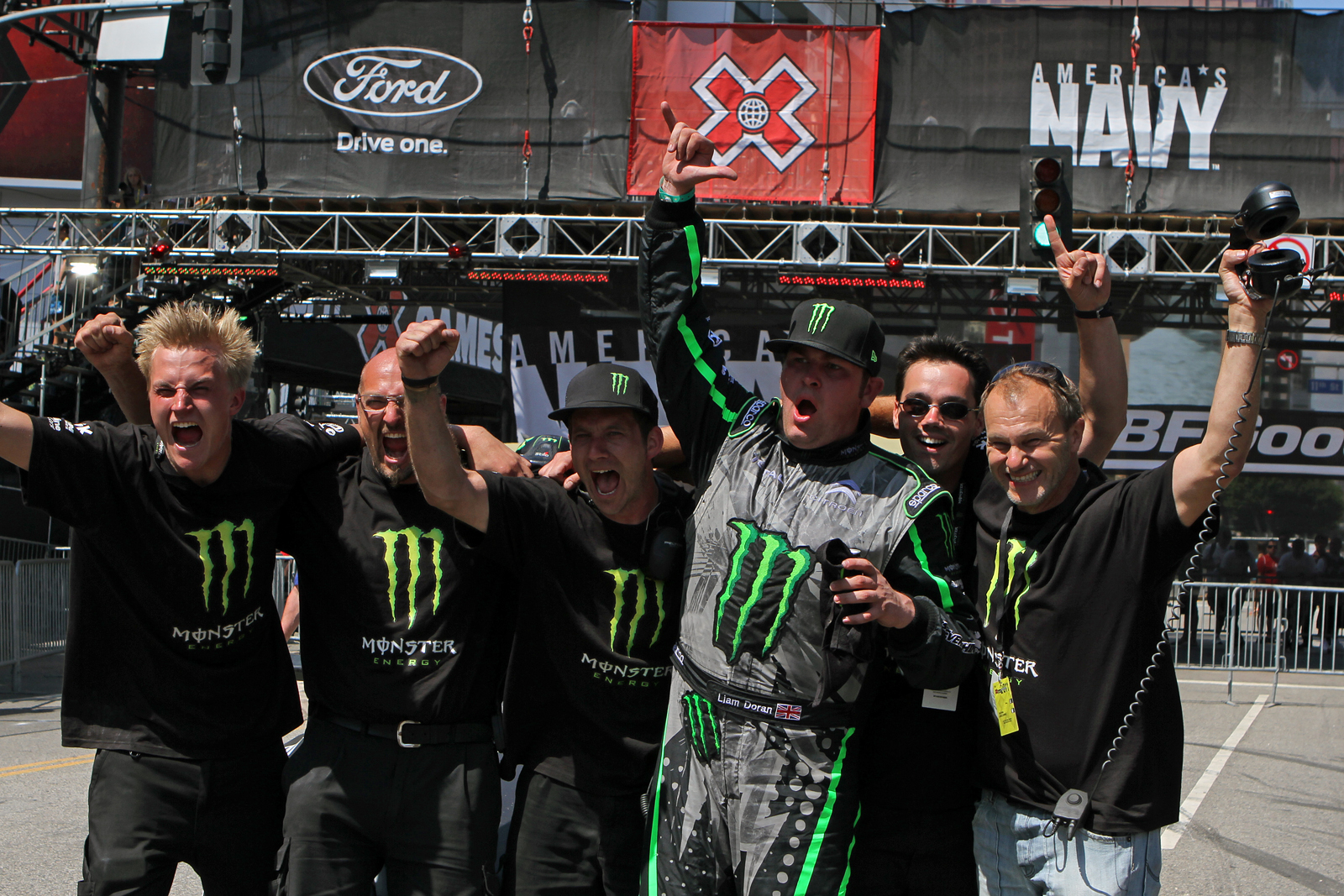 Check out our gallery below to see the rest of the action in this year’s Rally Car Racing event at X-Games 17. And stay tuned for our coverage of RallyCross, as well as Moto X Freestyle and Speed & Style events.