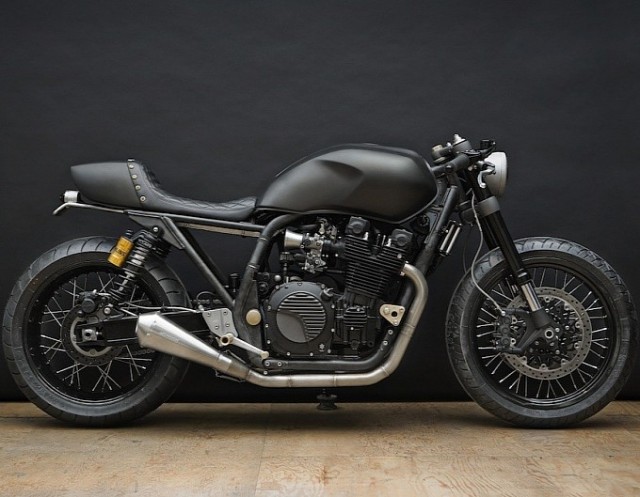 Since 1999, Yamaha has been offering motorcyclists in Europe and other places that aren’t North America a large-displacement, retro-styled sport tourer called the XJR1300. The styling looks like a holdover from the late-1970s or early-1980s, but the technology and engineering on board is firmly planted in this century, particularly the 2007-and-later ones with EFI and improved catalytic converters. We honestly don’t see why it (along with its principal rival, the Honda CB1300) wouldn’t sell here.

In any case, Wrenchmonkees – a custom shop in Copenhagen, Denmark – has built a blacked-out café racer on the bones of an XJR1300. But the impressive part about this customized Yamaha, which has been dubbed the Monkeefist, is that this bike isn’t as customized as you think. 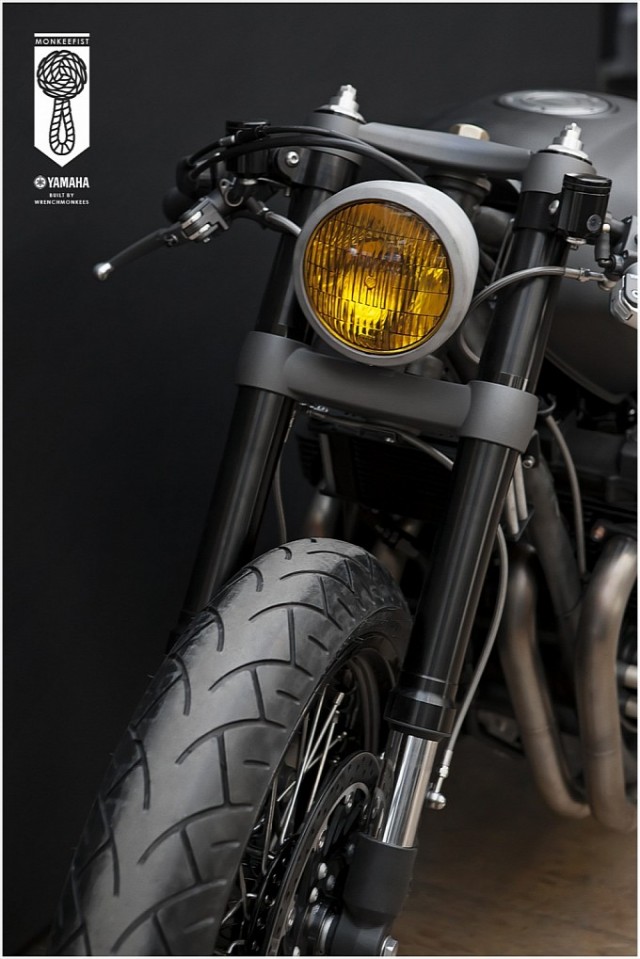 Yes, the folks at Wrenchmonkees replaced the stock fork with one of a Yamaha R1, swapped the handlebars for TRW clip-on units capped by Biltwell’s Kung-Fu grips, ditched the stock mirrors, headlight, taillight and turn signals for their own custom pieces, shortened the rear frame, and fabricated new exhausts with SPARK mufflers, front brake disc carriers, and the diamond-stitch-leather-covered seat. However, items like the rear swingarm (and its companion Öhlins remote reservoir shock absorbers), fuel tank and engine retain their stock shapes, if not coloration. So other than the new front fork, some other tweaks, and the color change, not very many dramatic changes have been made. And yet, the change to the appearance relative to stock is dramatic.

The powertrain, however, has not seen any change. The 1,251cc air-cooled inline-four makes 97hp and 80 lb.-ft of torque, and sends that oomph to the 18” stainless steel spoked rear wheel (wearing a Metzeler tire) by way of a 5-speed transmission. Not the brawniest setup under the sun, but still more than capable of getting you to extralegal speeds extra quickly. 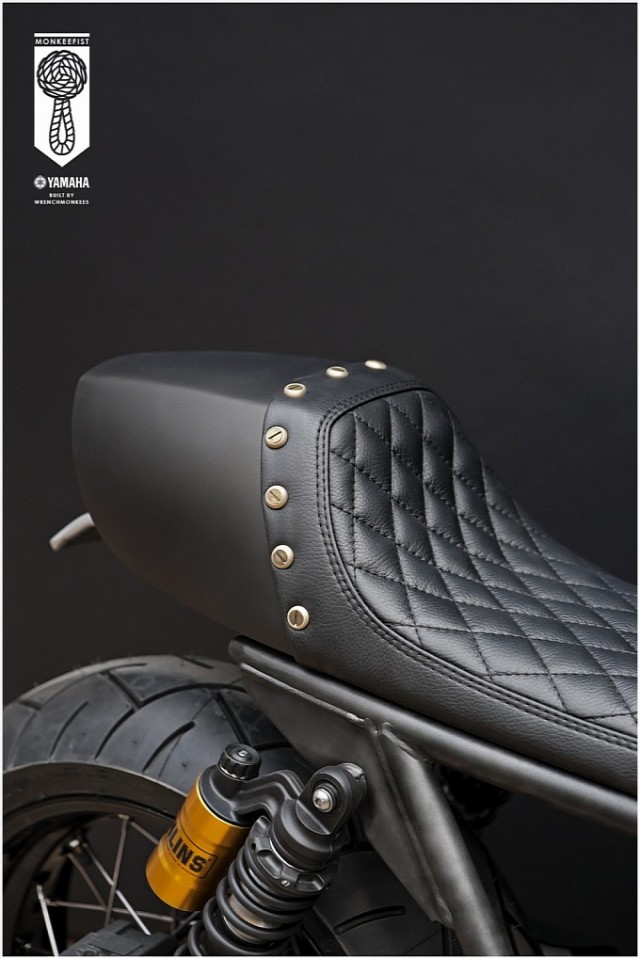 Are you interested in the Monkeefist? Do you live in a place where a Yamaha XJR1300 could be imported and registered? If you answered both of those questions in the affirmative, you might be able to make the Monkeefist your own. Just drop the Wrenchmonkees an email, and you can find their email address and other contact info (as pictures and info on more bikes and other cool stuff) at their website. Or you can just look at the pictures of the Monkeefist here. 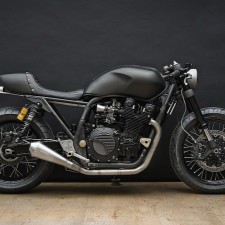 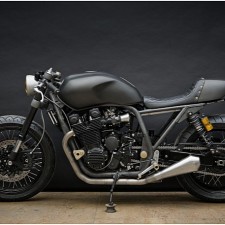 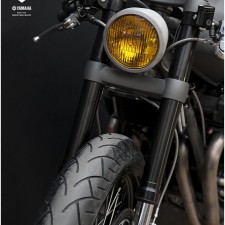 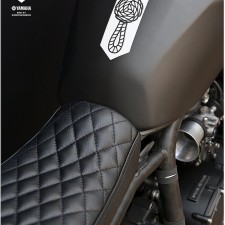 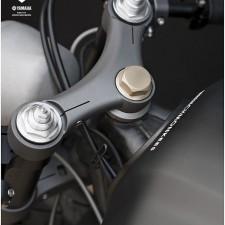 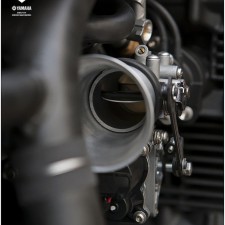 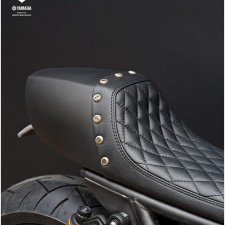 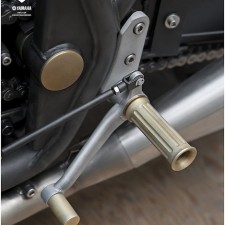 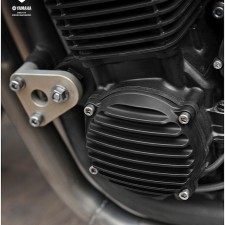 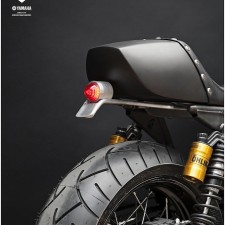 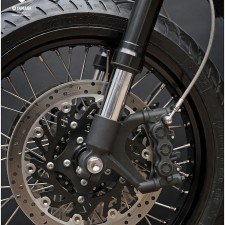