World’s Fastest Street Motorcycle – The Asphaltfighters STORMBRINGER by WARM UP 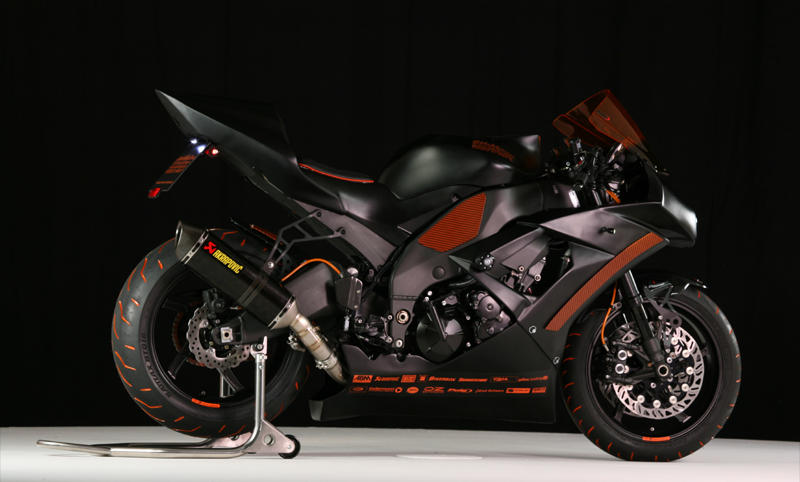 The Essen Motor Show is a world of wonder with all kinds of modified, custom and high-end automotive and motorcycle creations that push the boundaries of speed and performance. So, it’s really no surprise that the Asphaltfighters Stormbringer superbike, what is being called the world’s fastest street motorcycle, would make its debut at this event. So, what does it take to garner this elusive title? Top speed is rated north of 199 mph with acceleration times from a dead stop to 186 mph in just 13.9 seconds. Sprint times from 0-60 mph take only 2.9 seconds, while it can hit 120 mph in a mere 6.5 seconds.

Based out of Aelen, Germany, the bike’s builder, WARM UP, is a relatively obscure motorcycle company for those in the states, but this may all change with their latest introduction. WARM UP starts with a Kawasaki ZX-10R which is then modified extensively. Even though it still uses the 1,000-cc four-cylinder four-valve engine, German tuner Sepp Buchner manages to mash out 220 hp / 161.9 kW. In addition, a special booster mode actually allows the powerplant to put out 280 hp / 206 KW for short bursts of speed when the bike is above 180 km/h (111 mph). The Ashphaltfighters Stormbringer weighs in at just 429 pounds when fully fueled for an exceptional power to weight ratio. 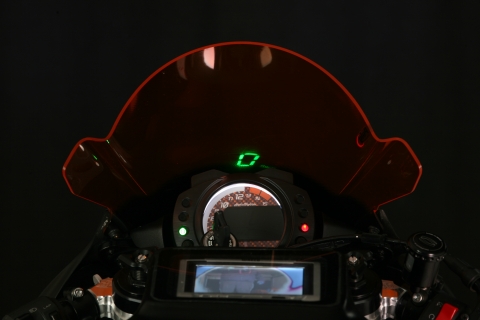 WARM UP not only created an exceptional lightweight design but also integrated some pretty revolutionary features that have previously never been seen before on a superbike. Some of the highlights include a backup camera system which renders conventional rear-view mirrors obsolete, a heads-up windshield display that shows current speed, LED daytime running lights along with a single ultra-powerful Xenon headlamp that handles both high and low beams. 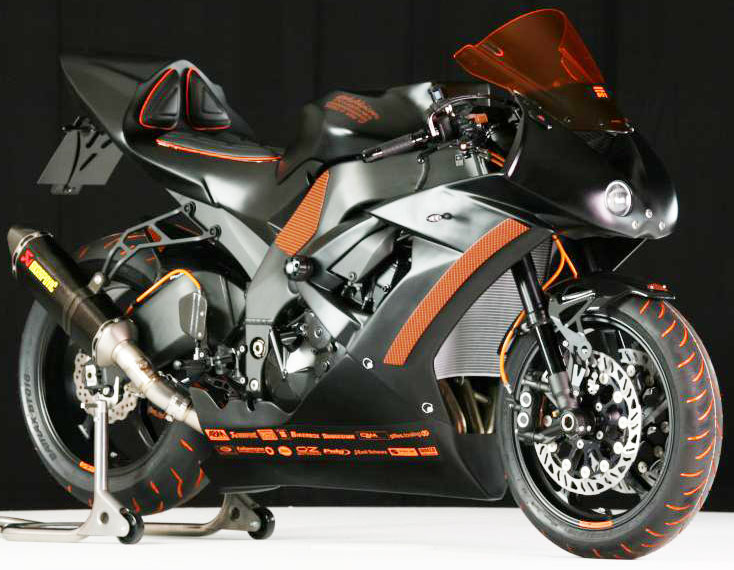 WARM UP is only doing a small production run of the Asphalt Stormbringer. The limited nature of this superbike as well as its unparalleled performance and technology give it a pretty steep MSRP of 57,500 Euros (about $86,670 USD). The bike showcased at the 2009 Essen Motor Show features a semi-gloss and orange paint scheme which is fine by us, even if no other options are offered. 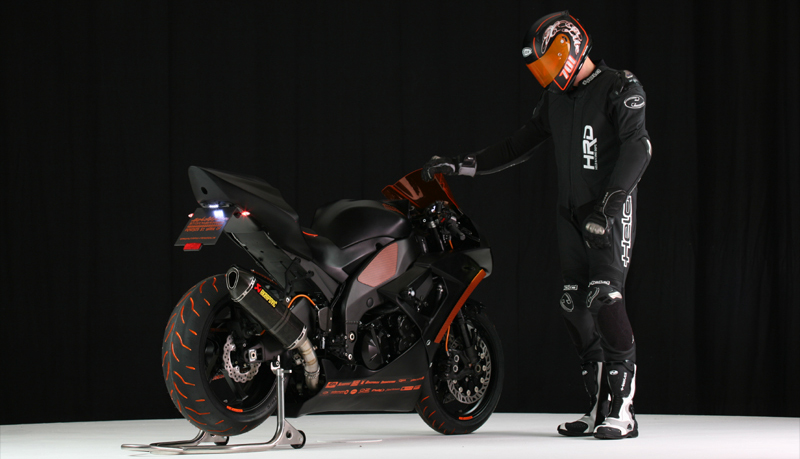 In any case, WARM UP believes wholeheartedly in a perfect union between rider and bike and provides individualized setups for all buyers. The rider’s dimensions are taken into account to adjust the Asphalt Stormbringer’s suspension system, seat position and operating controls. These guys even throw in color-coordinated gear which consists of a leather riding suit and aerodynamic carbon-fiber and Kevlar helmet. 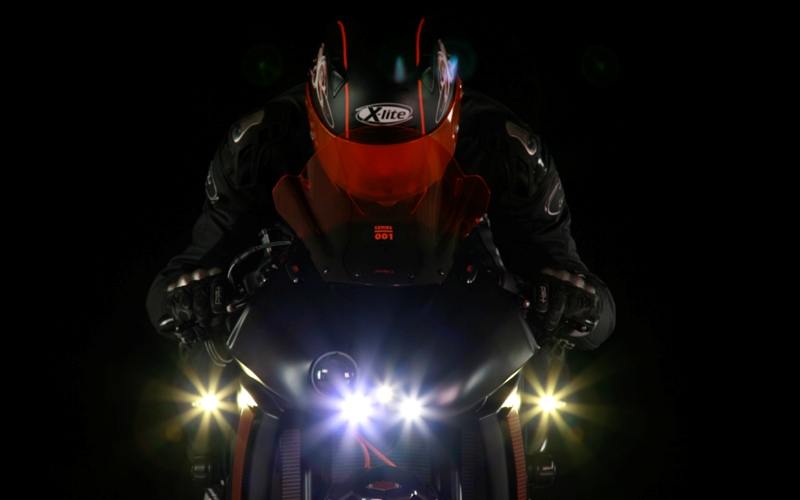