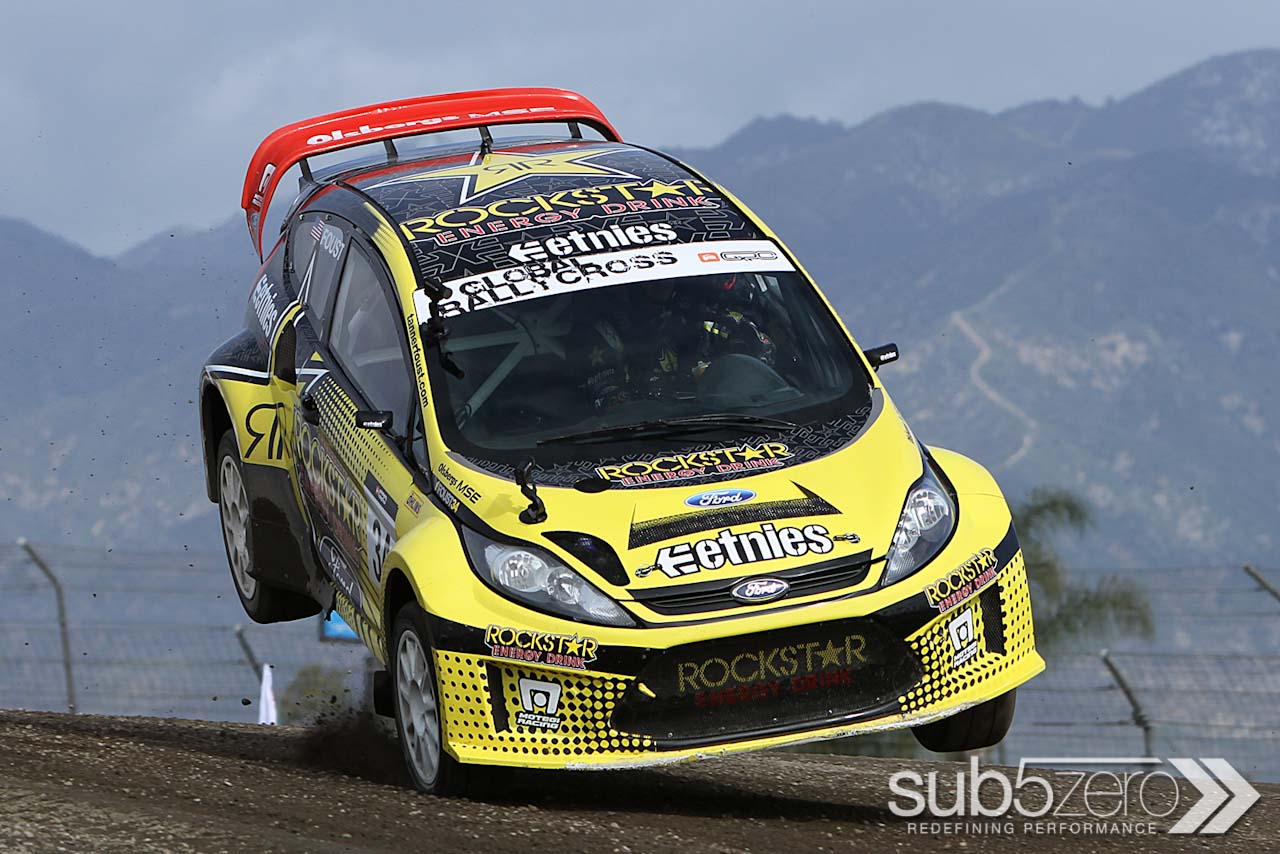 This new series features two classes of cars – 2WD and AWD – competing in a 3-lap closed circuit race made up of both dirt and asphalt sections. In each race, drivers must take an alternate path known as the “joker” during one of their laps. This weekend’s “joker” route featured a 70’ gap jump crossing over the track underneath. You can probably guess that this was the highlight of the course for most spectators. As you can see in our photo gallery – there were quite a few rough landings! 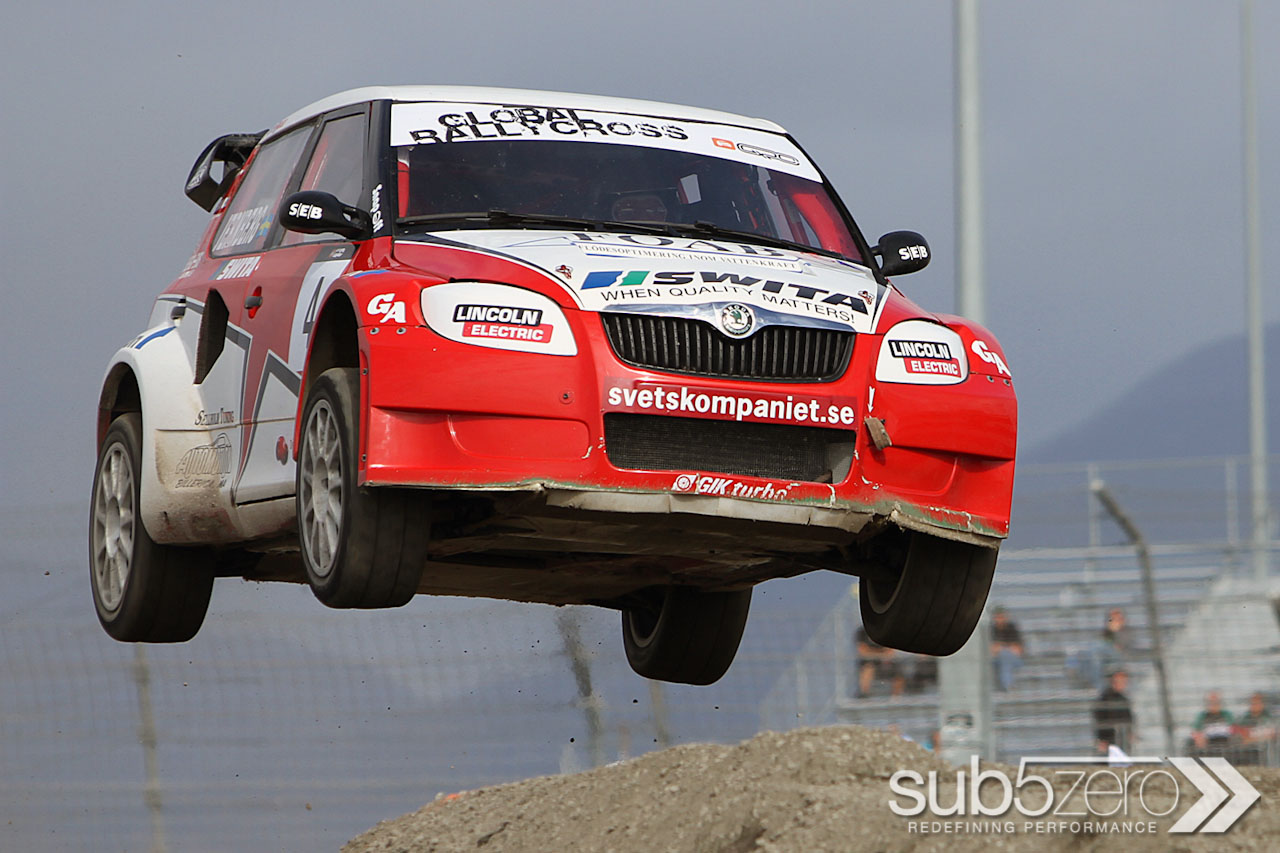 The competition ranged from factory-backed 600HP AWD rally cars – to a 1987 Toyota FX16, which finished an impressive 3rd place in the 2WD Class. This weekend marked the racing debut of Rhys Millen’s Hyundai Veloster, powered by a 2.0Liter 4-Cylinder bolted to an HKS Turbocharger putting out about 500HP and 600 lb-ft of torque. Marcus Dodd – a 5-time British Rally champion, drove the second Veloster. Tanner Foust brought the same Ford Fiesta in which he won 2 Gold medals at last year’s X-Games. 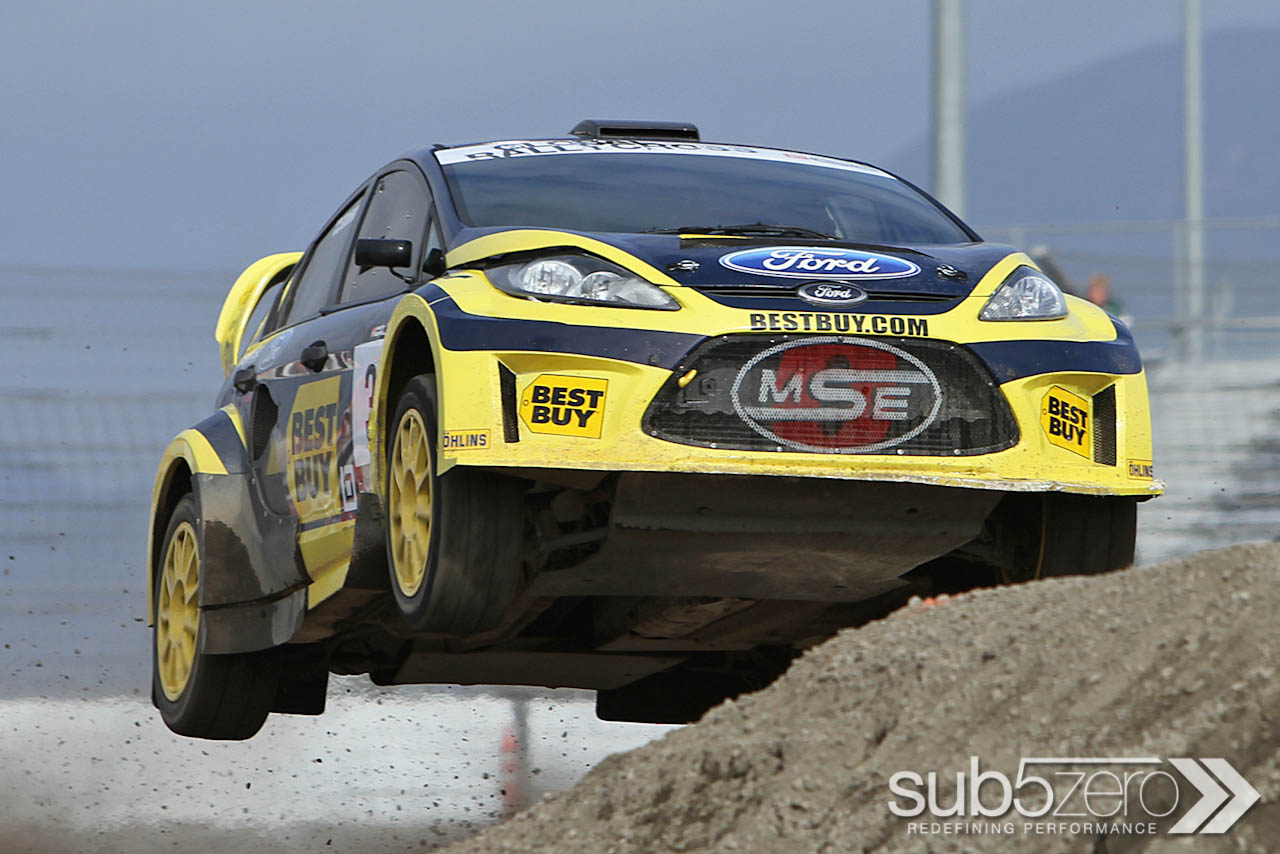 Day 1 of the event featured head-to-head competition with drivers taking the course two at a time. Marcus Gronholm took the win over Michael Jernberg who drove what quickly became my favorite car of the weekend – a Skoda Fabia. 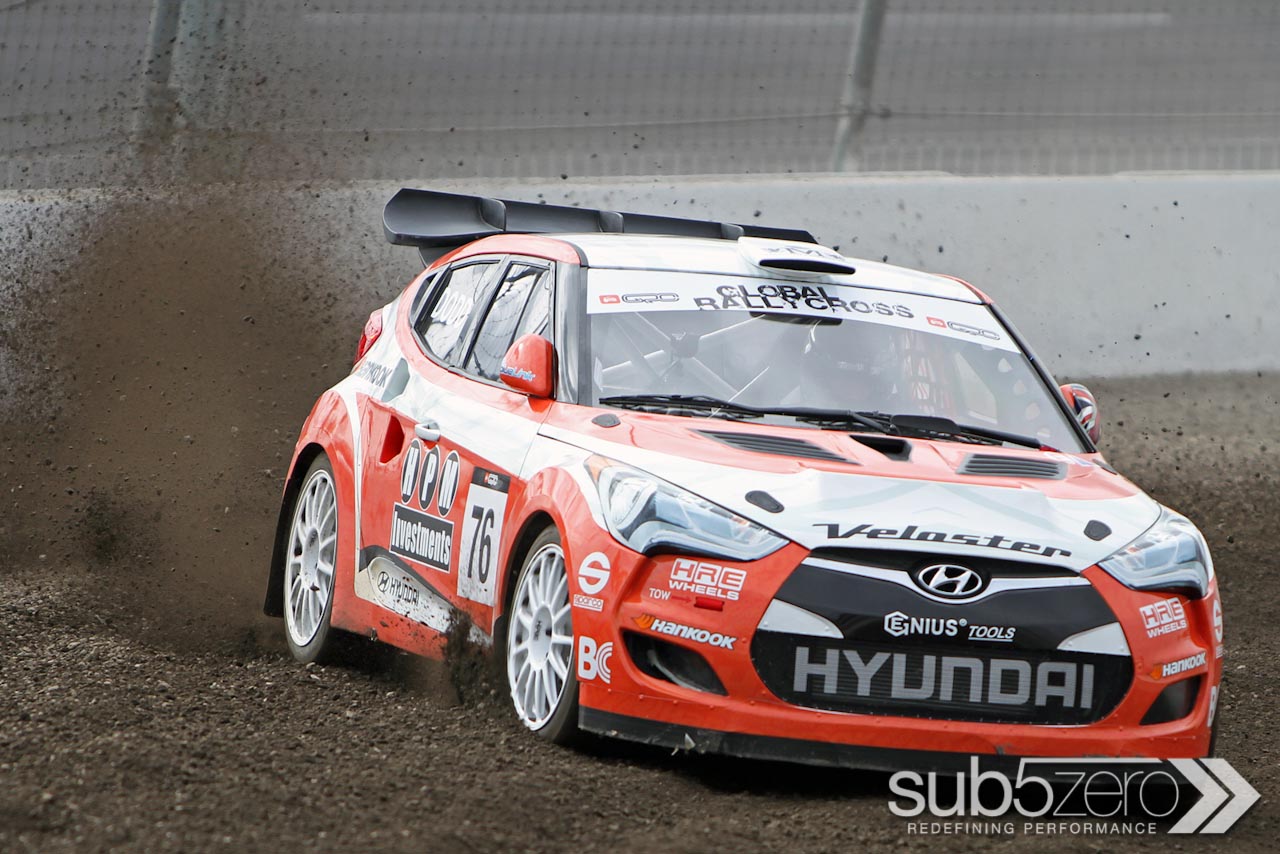 In Day 2 two of competition – as many as 6 cars were on track at a time. In the final heat of the day, Marcus Gronholm once again emerged at the top – literally – as he took the 70’ jump over Tanner Foust in the last lap for the win. Formula Drift veteran Stephan Verdier took third in his Subaru STi. 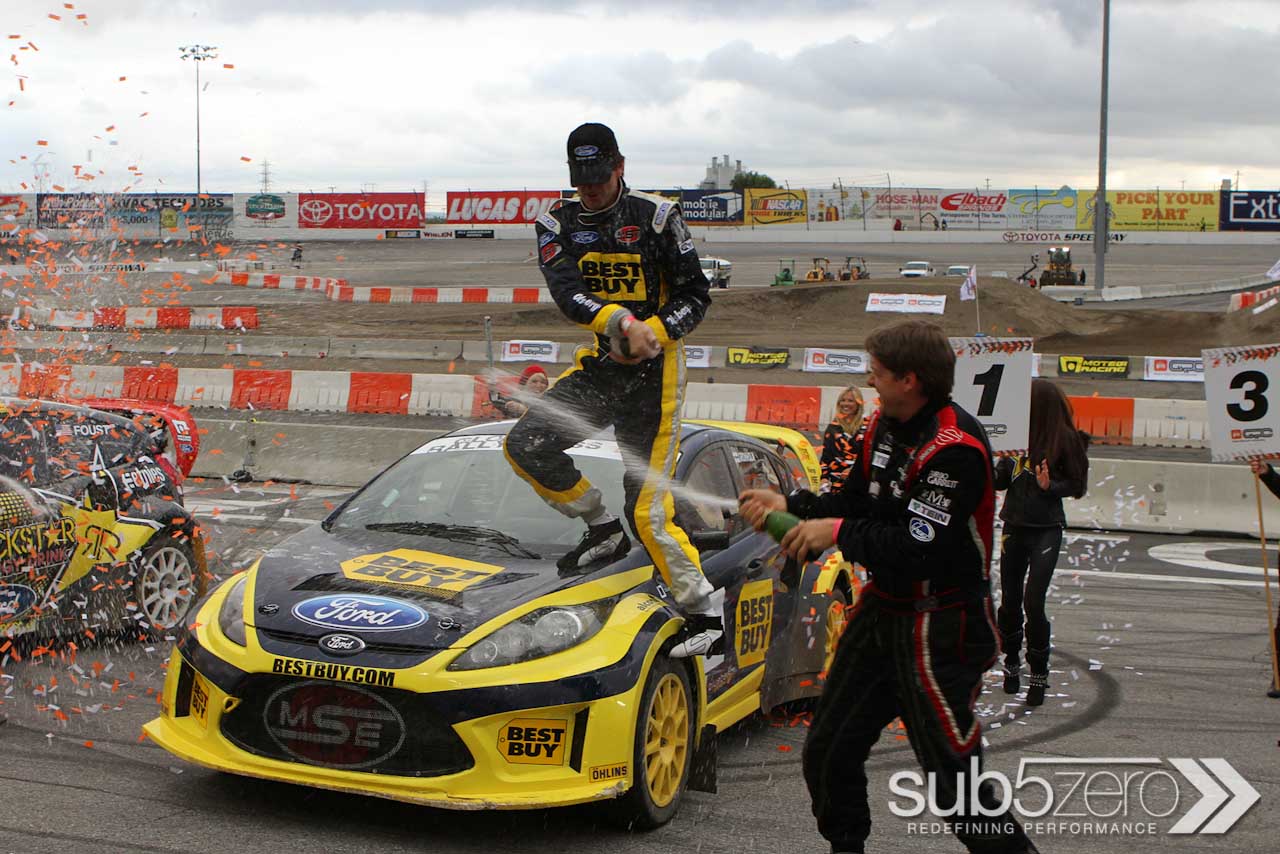 Round 2 of the series will take place in Snoqualmie Washington, near Seattle, on April 15-16. That event will be followed by Round3 at Pikes Peak, Colorado on June 17 and 18. The winner of the Global RallyCross Championship could have a chance at earning an invitation to compete at the X-Games – which will be held at end of July in Los Angeles.