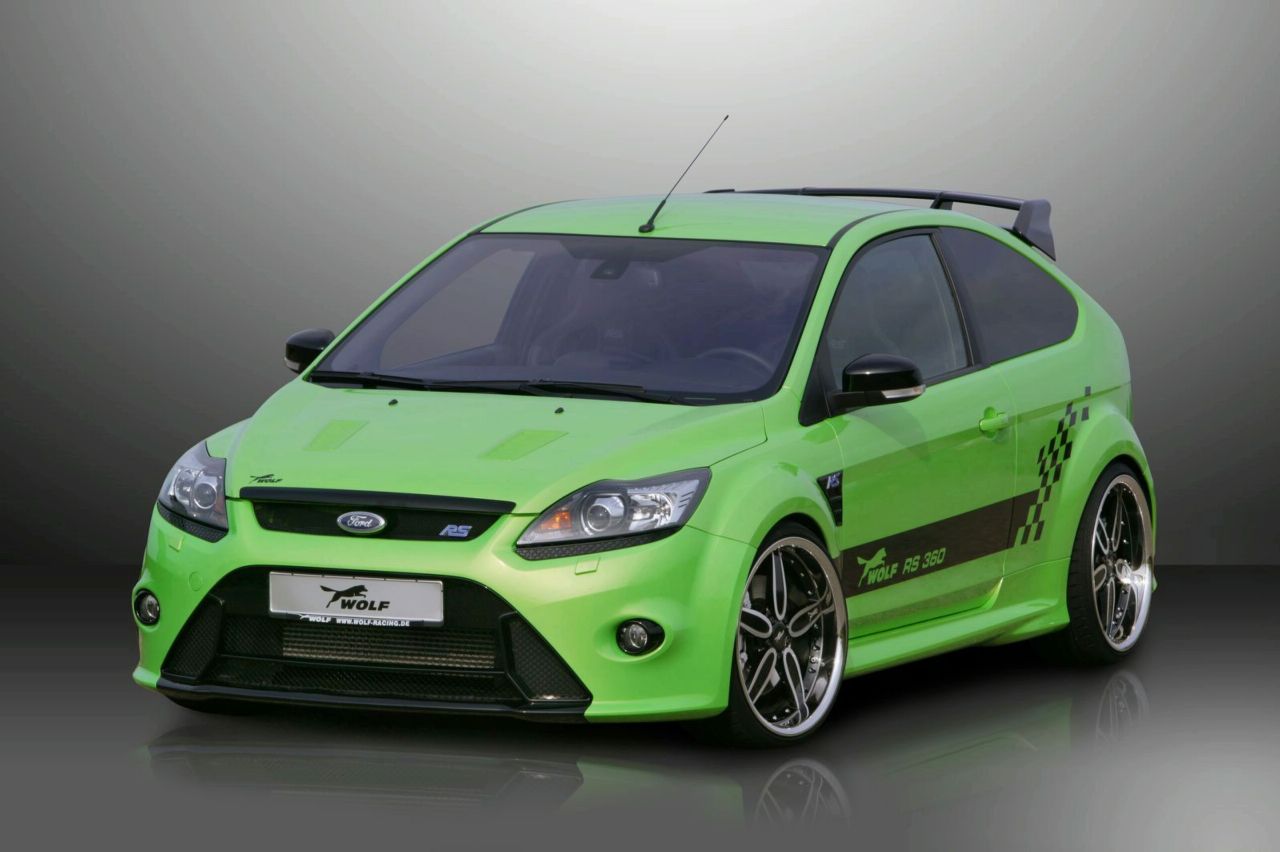 The Ford Focus RS is leading the sport hatchback race this year. It not only beats its rivals in horsepower and torque but its handling is so good the only competition I see is the Mugen Civic Type-R (but that’s from a higher tax bracket.) Throw in the Focus’ fantastic power-plant and good looks, and you have a front-runner for Hot Hatch of the Year. So it’s no surprise that tuners are popping out performance kits like prisons stamping license plates. This one is from Wolf Racing, dubbed the Ford Focus RS 360.

True to its tuner form, the number “360” is based on the horsepower. A bigger turbo and new engine management raise the output from 305 to 360, at a cost of 1,300 Euros. But bigger still is the torque: 412lb ft at 3,1000rpm. That’s more than the new Camaro SS. This small 3-door car packs as much grunt as the newest Detroit muscle. If anything can test how good this car’s chassis is, it’s big torque mid-corner. I think new owners need to pass a throttle modulation test before they take delivery.

Keeping that toque contained in a FWD car sounds like locking Magnus Magnusson in a jail made of straw, but Wolf Racing is trying. 2500 Euros gets you a new LSD, which locks sooner to help acceleration and cornering. I hope it works, but I am skeptical the front tires can handle that power while turning. It’s like fighting a dragon while performing heart surgery.

The rest of the 360 package is kept simple. Lowering springs drop the car 30 mm and make it look track-ready. If you have some money left-over (after buying 14 spare tires you will undoubtedly need), you can purchase a height-adjustable suspension system for 1200 Euros. Wolf also offers wheels in 18” and 20”, with a variety of finishes. Luckily the decals along the side are optional, and save you 98 Euro.

The more I read about this car, the more excited I am for it to hit the road. The chassis is fantastic, and the turbo-5 has more potential than a Brangelina daughter. I just hope it can keep the power under control. The handling is one of its strongest attributes and it’d be a shame to ruin it. Either way, it’s clear this is no daily runabout meant for a life of sleepy commuting. With more torque than most American muscle cars, this hatch may be mature enough to leave its rivals from Honda and VW and sit at the big table. 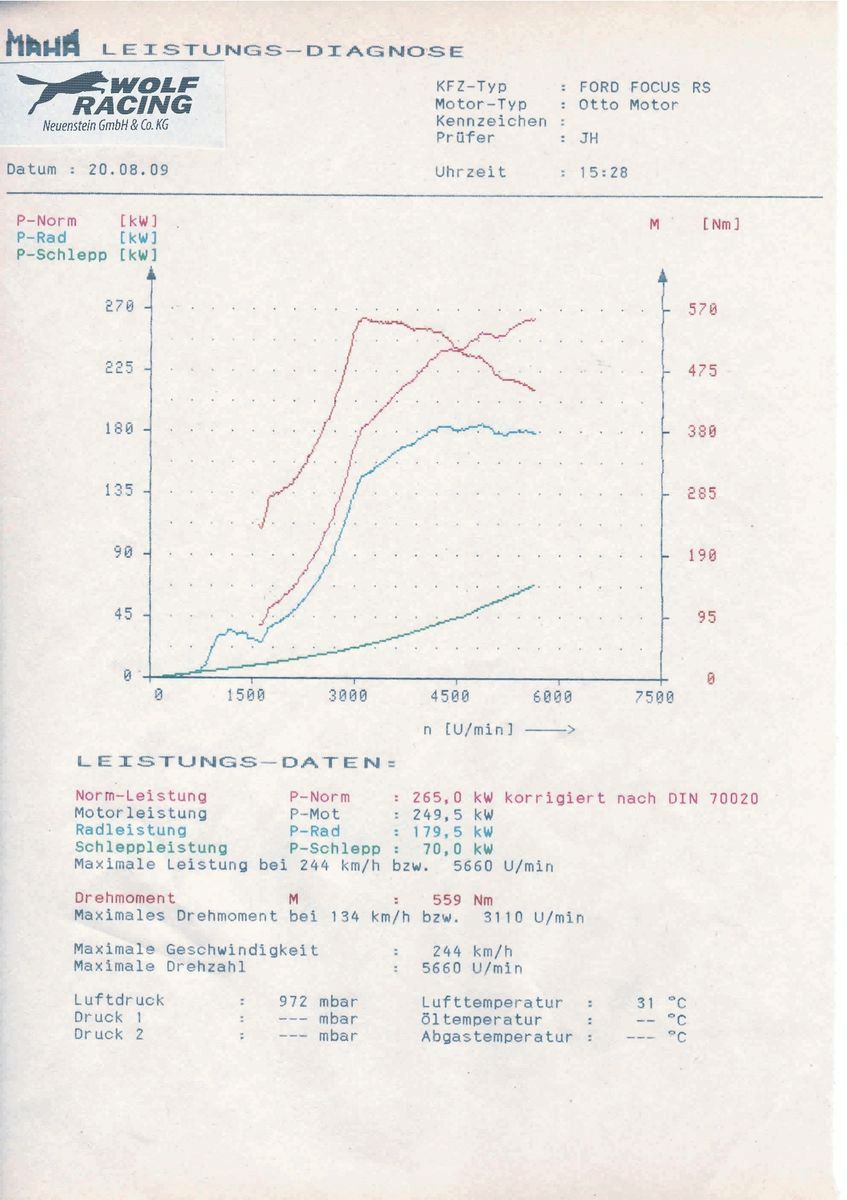