Will Digital Dashboards Soon Be the Standard? Audi Thinks So 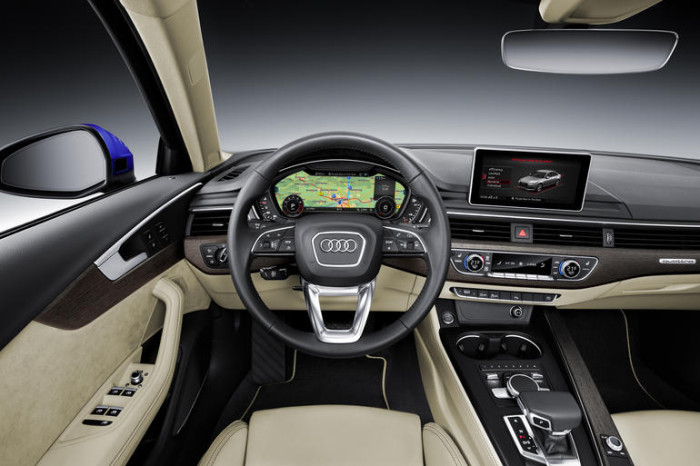 At this year’s CES, the largest annual gathering of all things technological, numerous car manufacturers have been showcasing their new all-digital dashboards. It’s been a long time since we’ve seen any major redevelopments in this area, with the likes of BMW’s revolutionary i-Drive and even heads-up displays being more than 10 years old. These slick new screens look great however, and may well lead to more exciting design, better functionality, and also the potential for customisation.

Audi’s offering comes in the form of a crisp and vivid AMOLED display, powered by a slightly newer version of the company’s current infotainment system. It looks fantastic, with a very futuristic feel, especially when displaying the sat nav function, courtesy of recently-acquired HERE. It has all of the features that you’d expect, and we’d imagine there’ll be a few interesting surprises to come. Some may have hoped however that this new tech would be based on an all-new platform, rather than the infotainment system that you’d find on second hand cars like those you might find at Shelbourne Motors.

Of course, not everyone is convinced by fully-digital dashes and touchscreens either. There are many detractors who believe that the removal of physical knobs and switches will make it more difficult to operate secondary functions without taking your eyes off the road. After all, it’s much easier to feel around for a button. Perhaps the best option will be in the middle-ground – that is until fully textured screens become viable.

In the meantime however, Audi’s screens have gesture control (which they’re using outside the car too), which takes away some of the reliance on having to look at the screen. This kind of tech is still in early days, so you can’t fully control everything through it, but it works very nicely indeed.

The other concern that some have raised is that having a screen display all of the car’s vital functions means that if it fails for whatever reason, you lose all readouts at once. It’s incredibly rare for this to happen on traditional dials and binnacles. If the battery goes flat, a lack of any readouts at all could make things difficult, but then electrical reliability is improving year by year.

Whatever your thoughts on the digital revolution, few can doubt that the tech looks fantastic, and should lead to even more interesting technology for the driver to use. Let us know what you think.