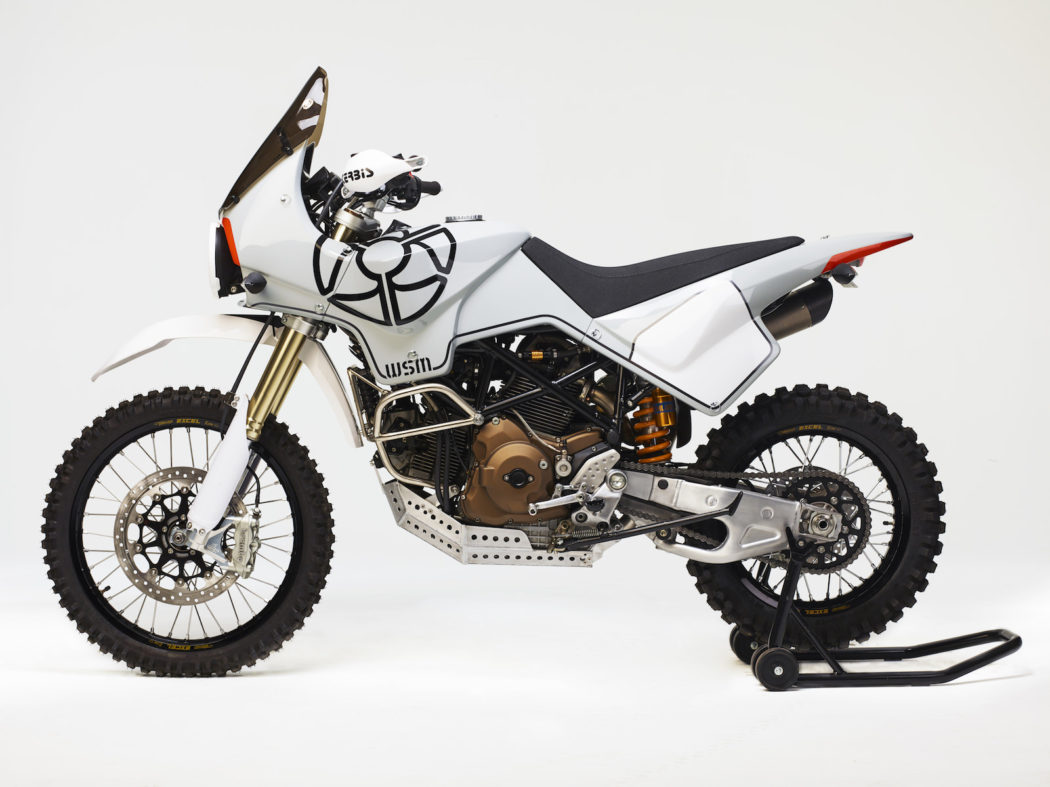 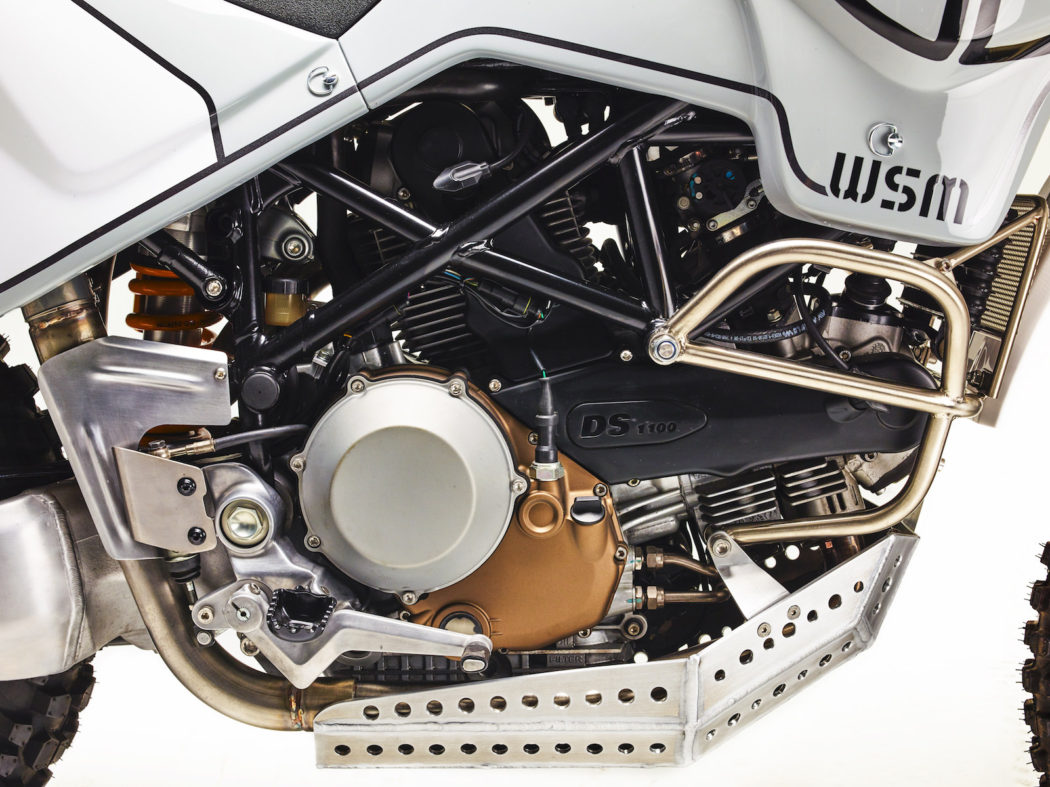 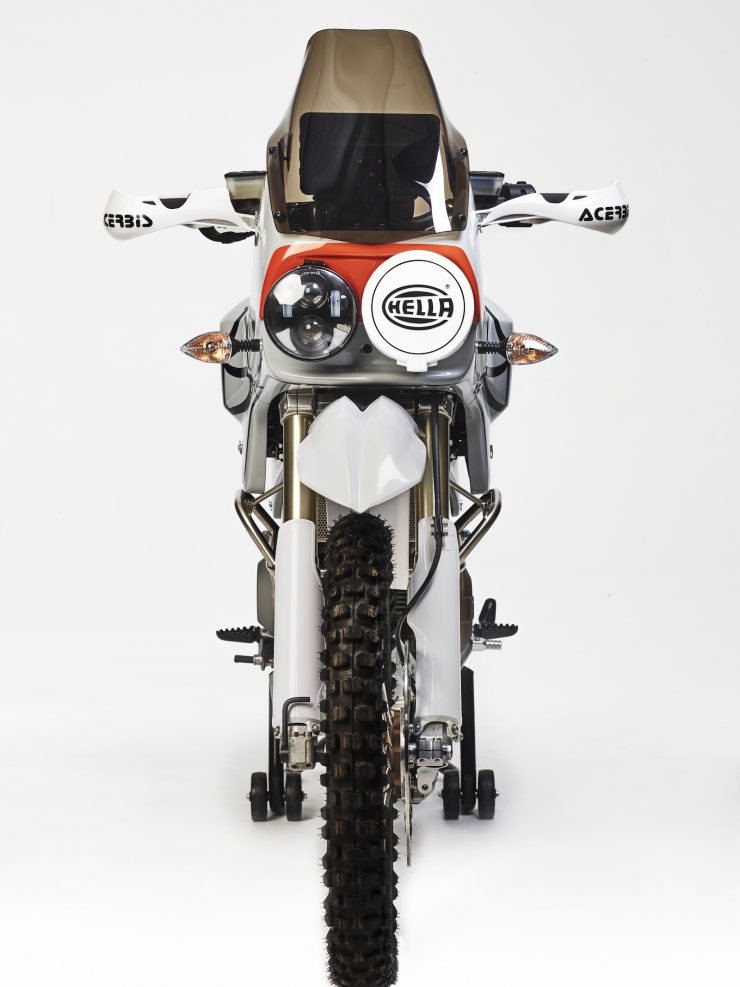 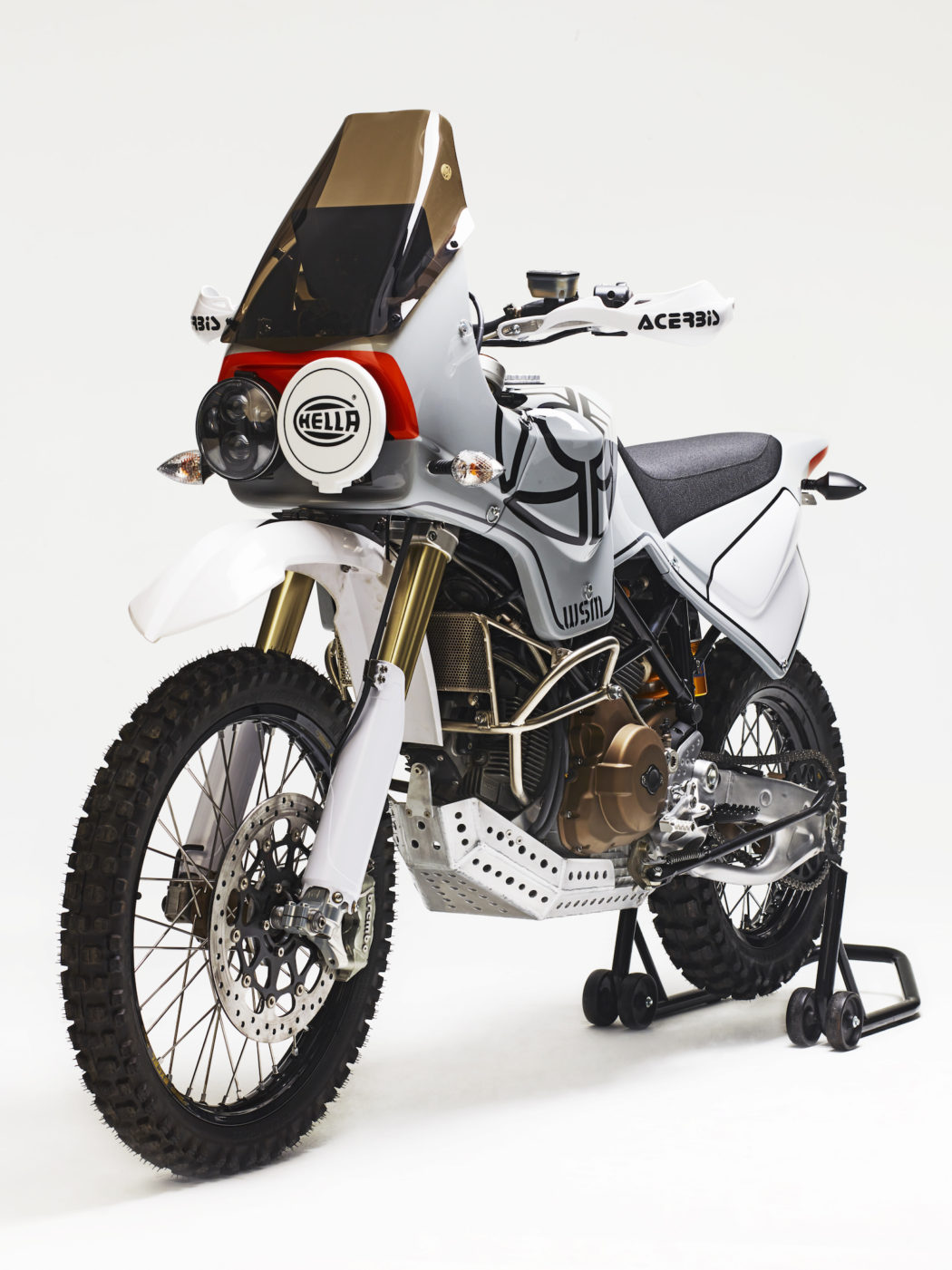 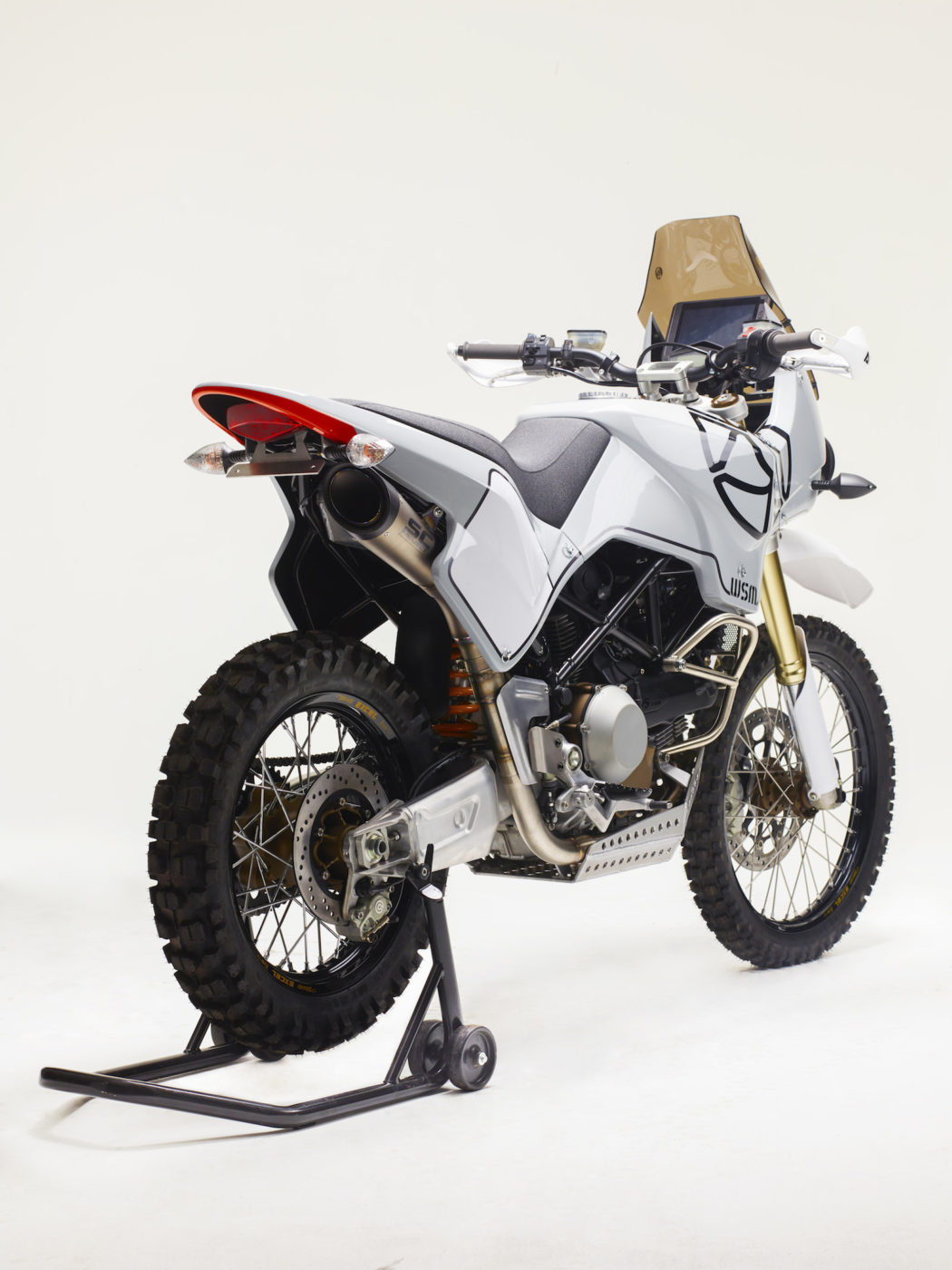 You know, if you’re in the market for an adventure motorcycle, you could just buy an off the shelf mass produced one. However, in doing so, at least one element of your adventures would be exactly the same as hundreds – if not thousands – of other riders around the world. One way around that is to contact Walt Siegl, the expat Austrian who now calls New Hampshire home and has introduced a bespoke bushwacker with multinational pedigree and universal good looks and functionality.

Like the shop’s Leggero before it, the Walt Siegl Motorcycles L’Avventura relies on Ducati power for propulsion, but in this case it’s a rebuilt and mildly hopped up 1,100 cc air-cooled L-twin. It’s mounted in a customized Ducati Hypermotard trellis frame wearing Kevlar bodywork and long-travel suspension at each end. The dual aluminum gas tanks have a combined capacity of 6.5 gallons for incredible range, so it’s a good thing Siegl gave the L’Avventura a wide, comfy seat upholstered in a waterproof material.

Naturally, such style and craftsmanship doesn’t come cheap. But when there’s such a seamless blend of the former and the latter (and huge quantities of both), why settle for blending in with the herd?