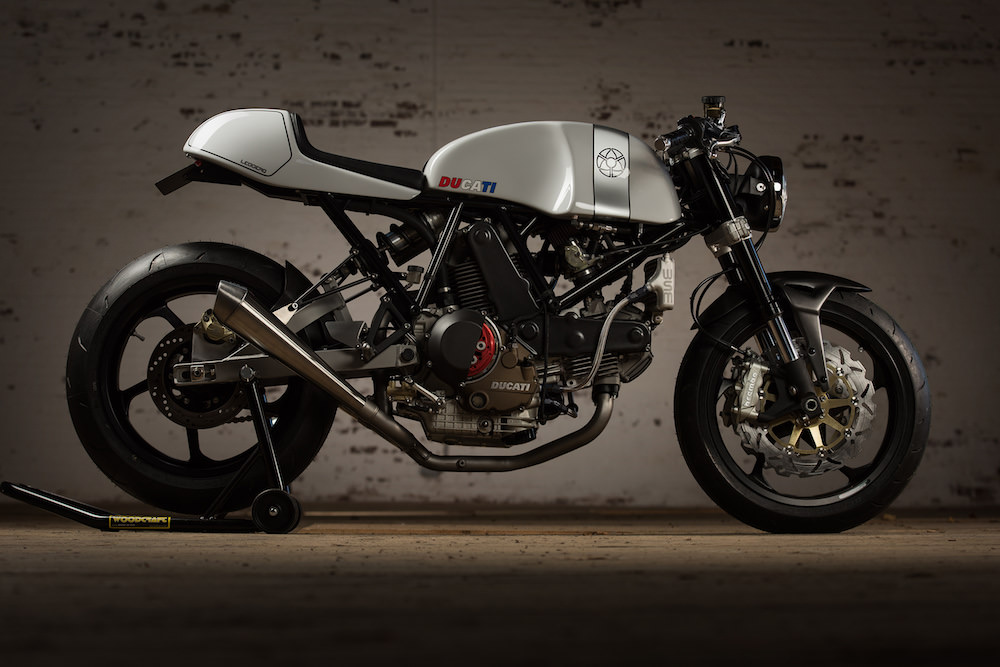 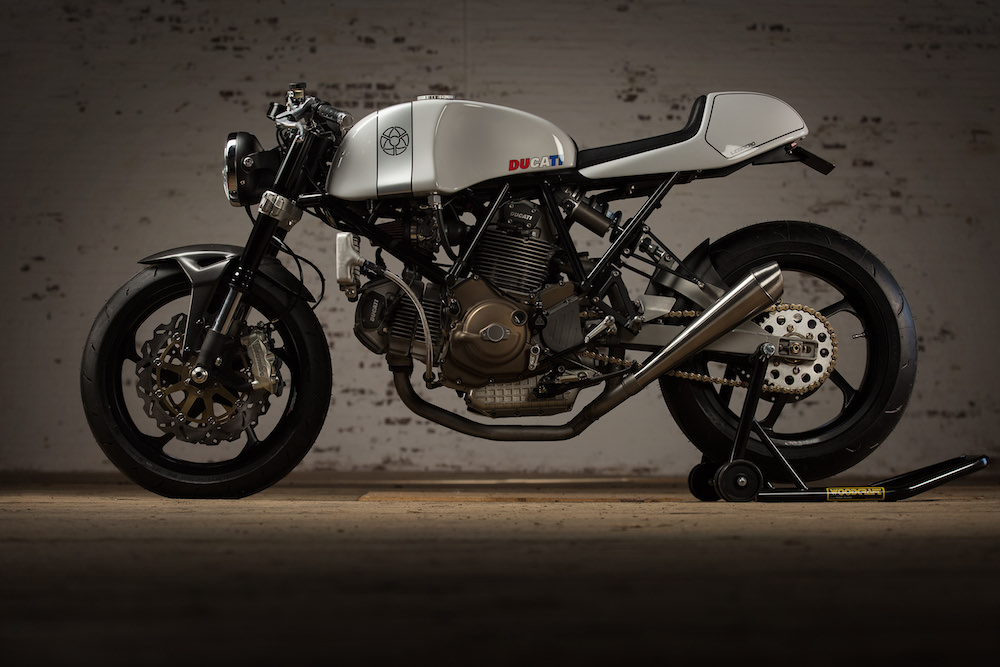 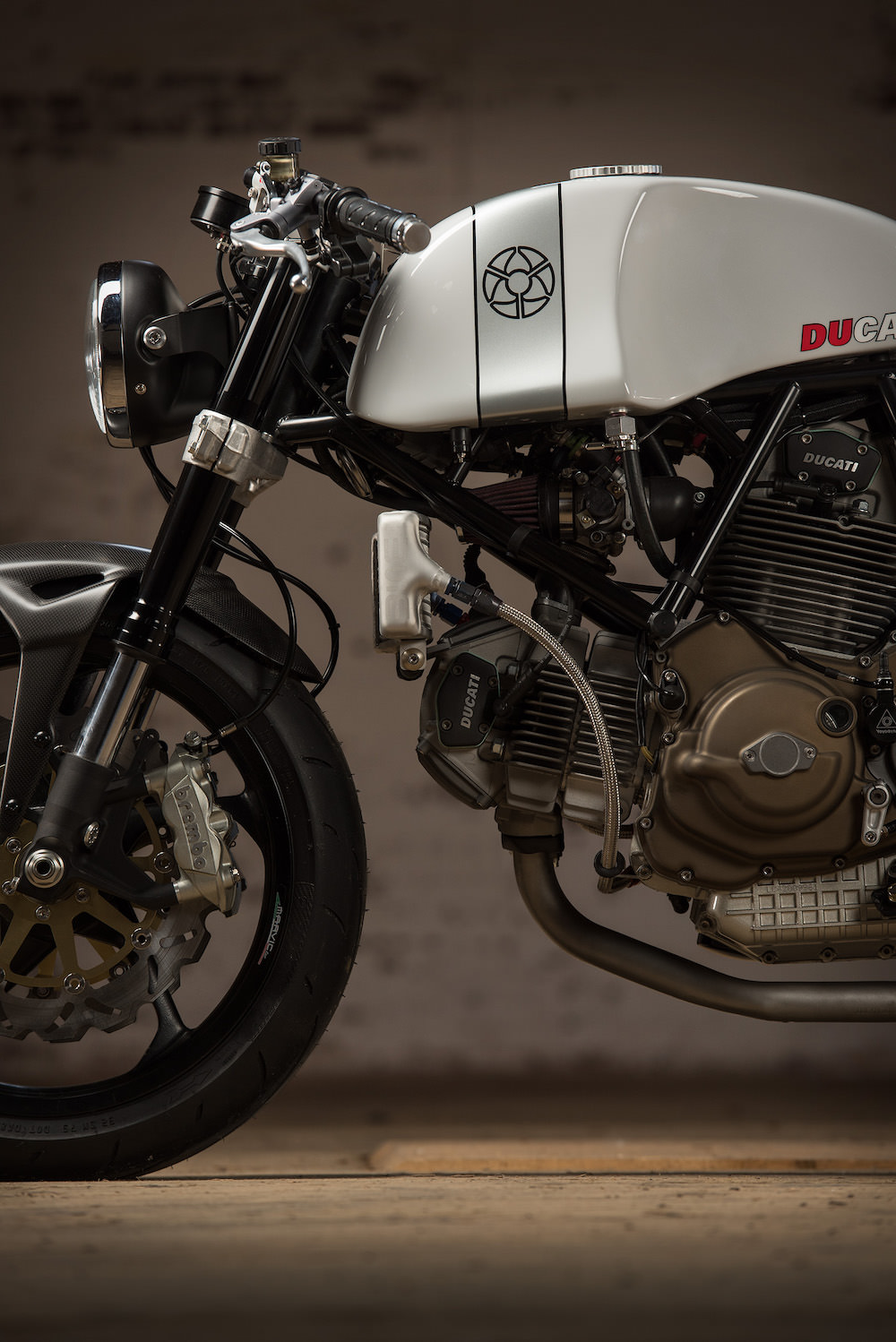 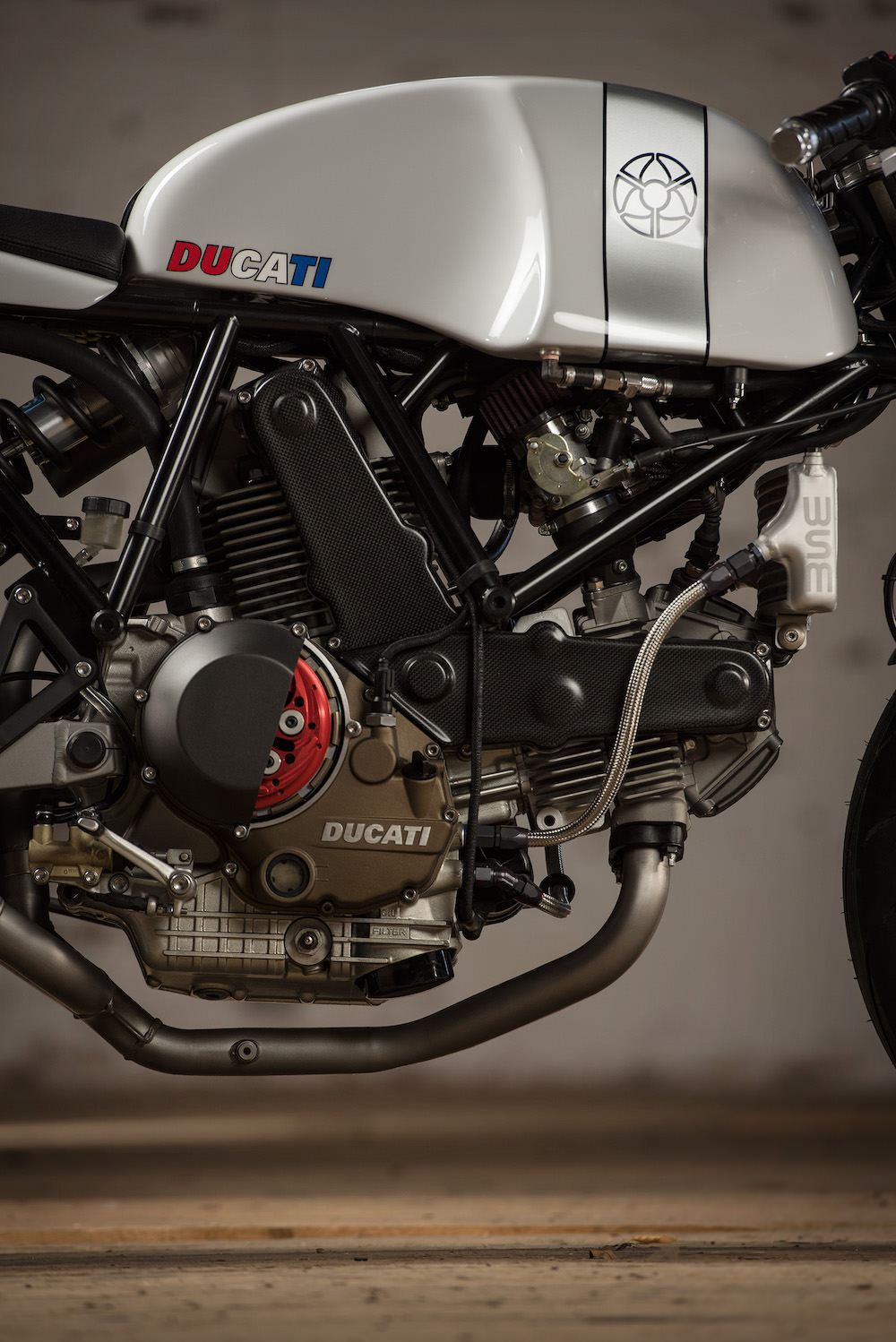 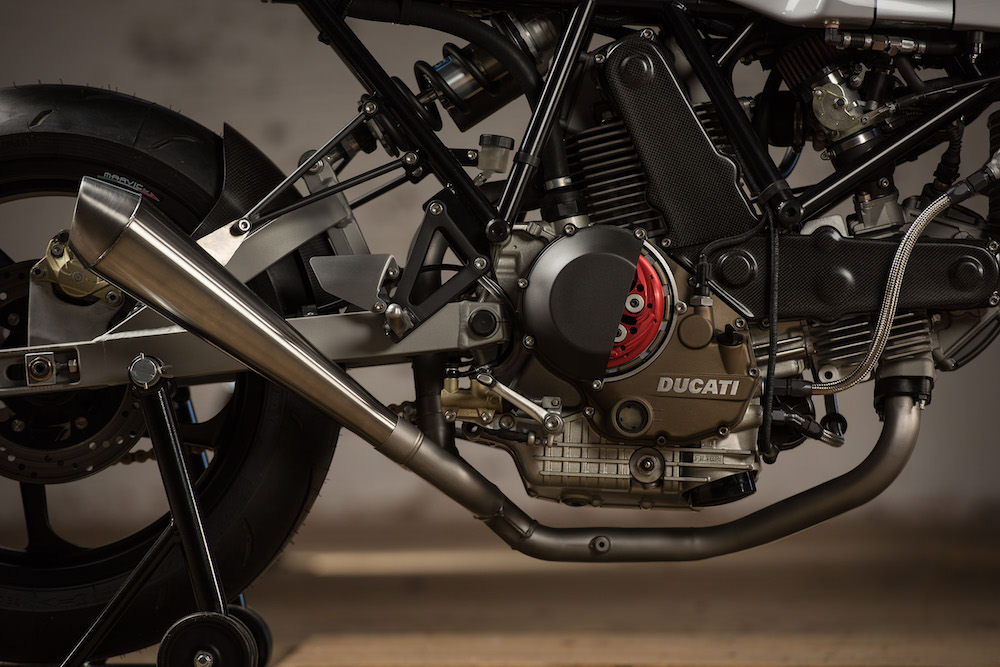 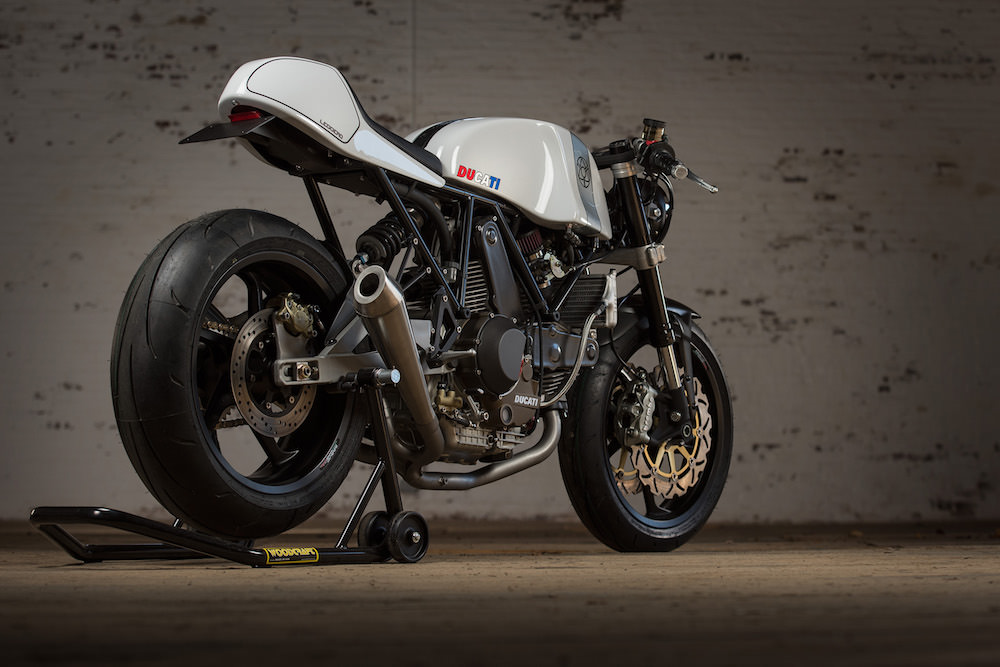 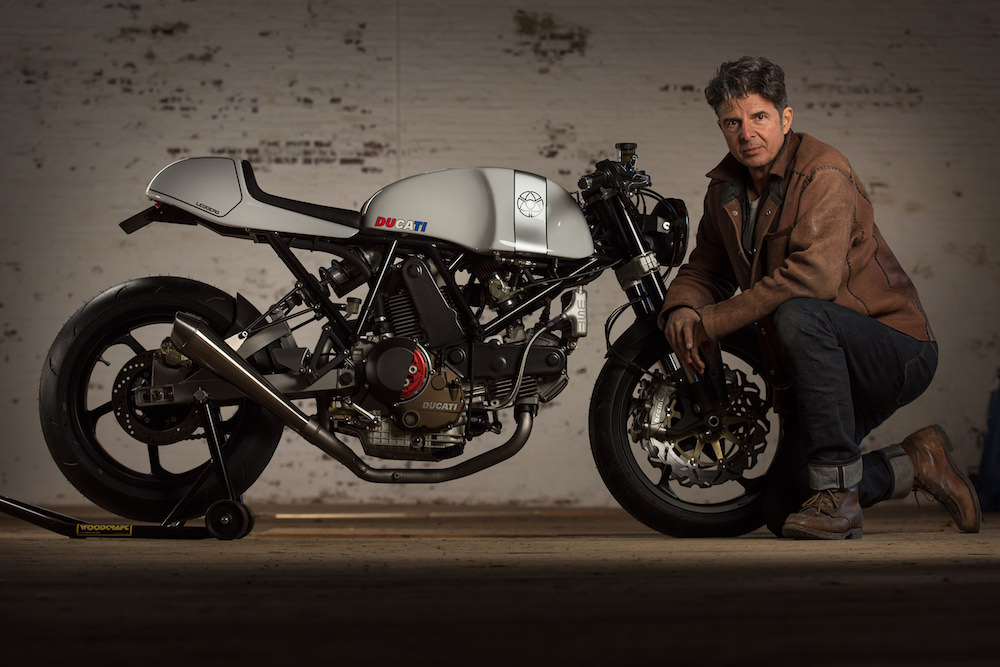 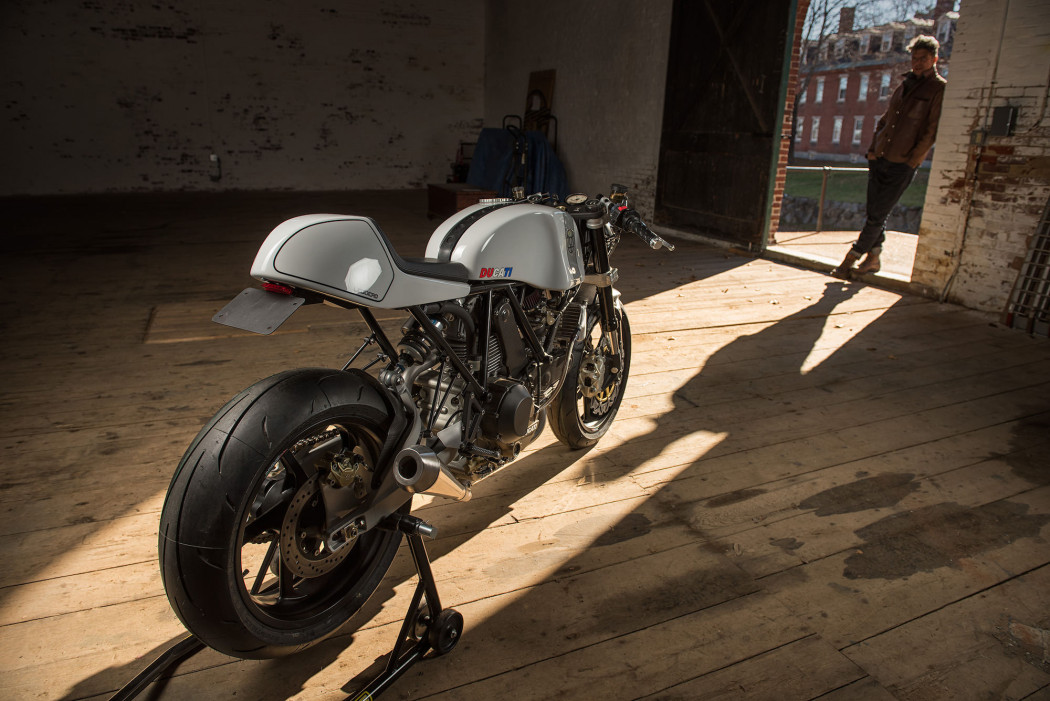 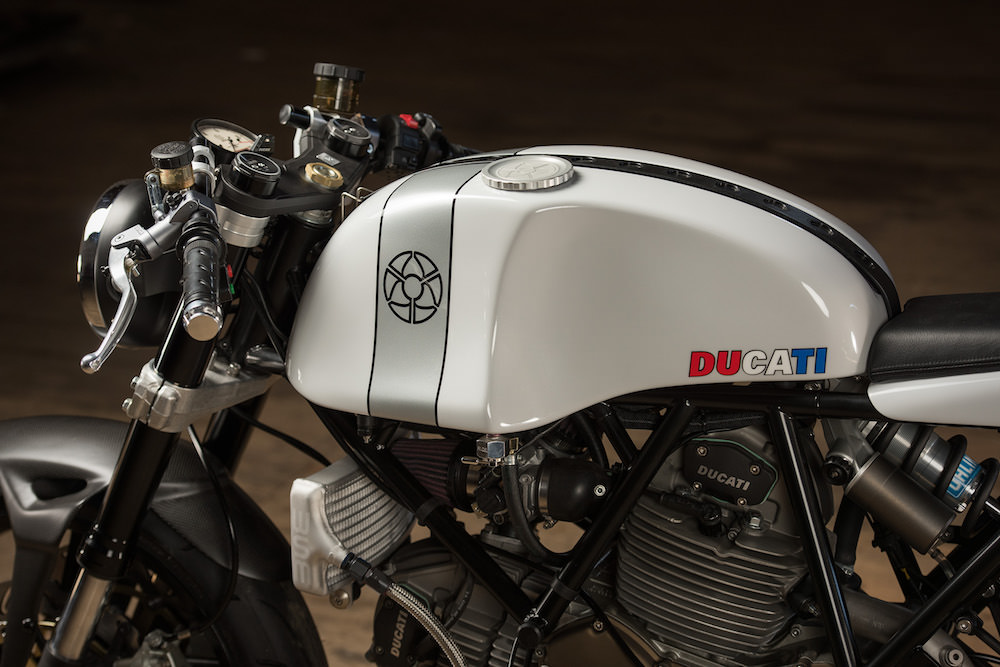 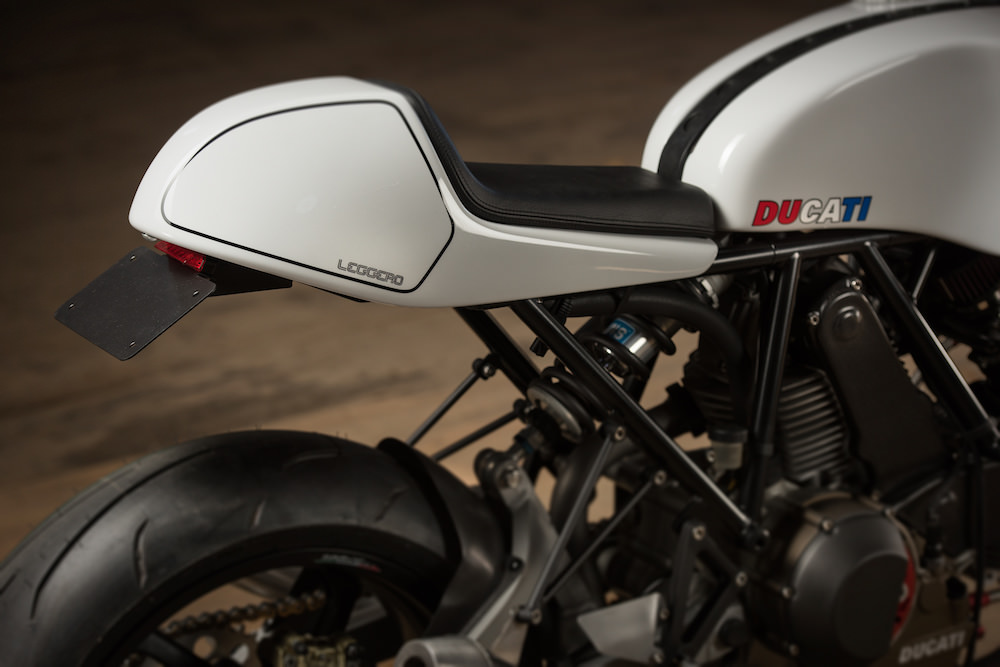 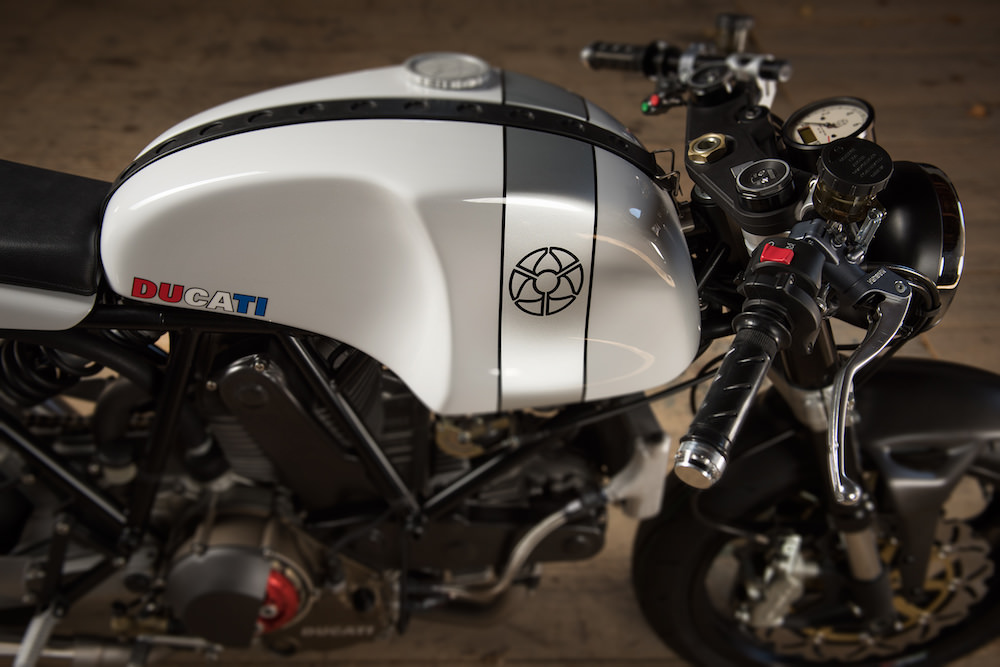 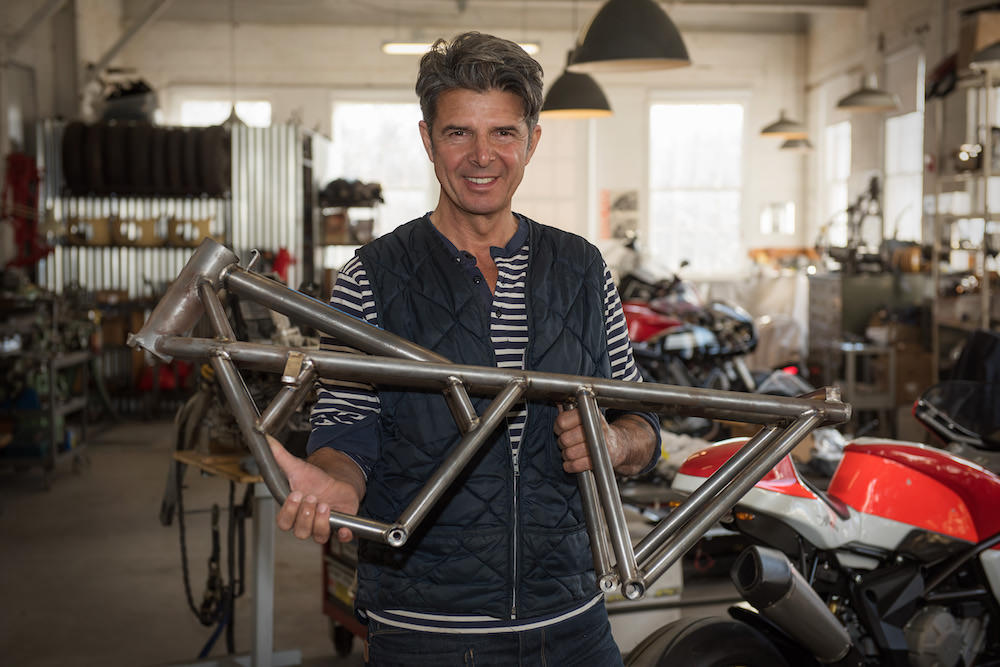 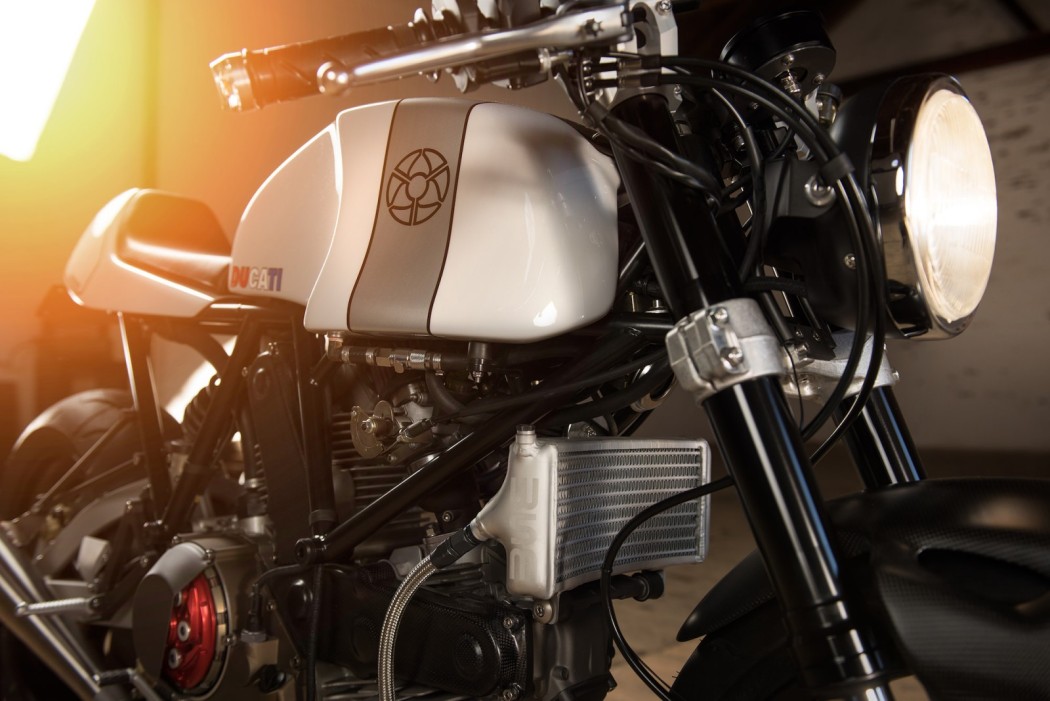 If you’re looking to do business with a highly talented custom motorcycle builder, you would do well to get in touch with Walt Siegl. The Austrian immigrant has, since 2007, been building pieces of two-wheeled kinetic sculpture in a small town in New Hampshire. Siegl currently offers customers their choice of two models: The Bol D’Or, which is based on current-generation three-cylinder MV Agusta bikes, and the Leggero, a custom café racer that should prove, once and for all, that the best way to add speed is add lightness.

The biggest contributor to said lightness is, without question, the 4130 chrome moly steel frame that Siegl fabricates, one at a time, in his workshop. It weighs in at a waifish 15 pounds, and rolls on a pair of Marvic magnesium wheels wearing Dunlop Q3 tires suspended by  a Showa gold valve suspension setup in front and an Öhlins monoshock and custom spring (actuated by an aluminum Ducati SP swingarm) in back. The bodywork consists of custom pieces made of Kevlar (except the front fender, which is carbon fiber) and paint applied by Peach Pit Racing.

As for the power source, Siegl fits each Leggero with one of Ducati’s old workhorse air-cooled, two-valve V-twins. The unit in this Leggero started life in a Ducati 900SS, but ported and polished heads, lightweight pistons, a bump in displacement and a custom exhaust system have made this motor meaner than its designers ever could have imagined. Combine the added thrust with the claimed 315 lbs. curb weight and you have a bespoke beast that can punch well above its weight, both literal and figurative.