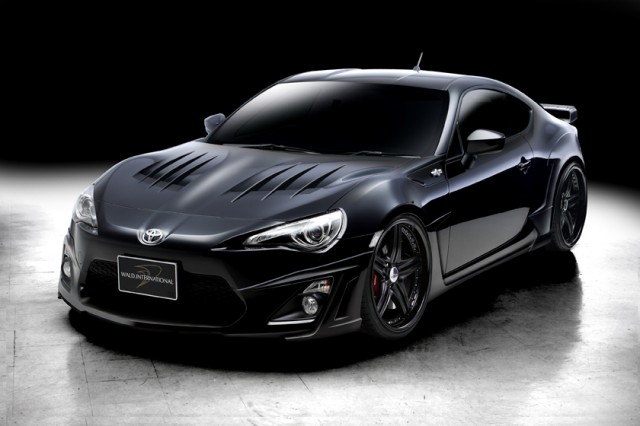 About five months ago, the car cosmetics experts at Japan’s Wald International released a pair of renderings of a kit it was developing for the Toyota 86, the Japanese market version of the Scion FR-S. We expected the real deal to be ready soon thereafter, and that we would tell you about it when that day came.

Well, that day has come (albeit a little bit later than we were expecting) and, as promised, we’re here to give you the skinny. Note that we assume no responsibility for bills that go unpaid, relationships that are terminated and productivity that is lost when you start crushing on this body kit. 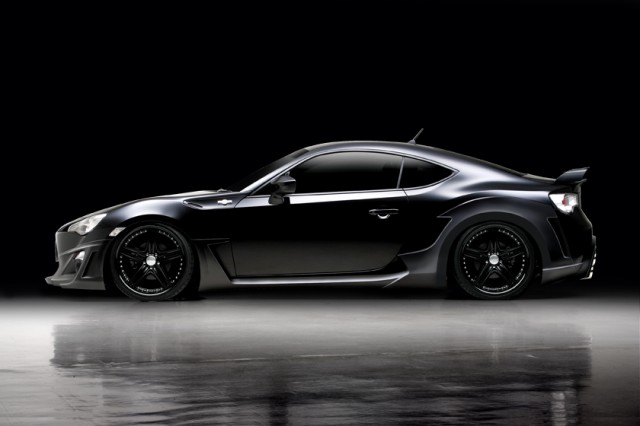 The kit’s front bumper/fascia assembly looks pretty much the same as the initial rendering, meaning the stock fog and auxiliary light assemblies are retained. Above that, however, there’s a new hood with a pair of large extractor vents with three strakes each. The rocker panel extensions are largely the same, but they now flow upward into a set of rear fender flares. The rear bumper features an aggressive diffuser and stacked quad exhaust tips a la the Lexus IS-F, and the trunk lid is topped by a Subaru BRZ-like wing rather than the earlier ducktail spoiler. 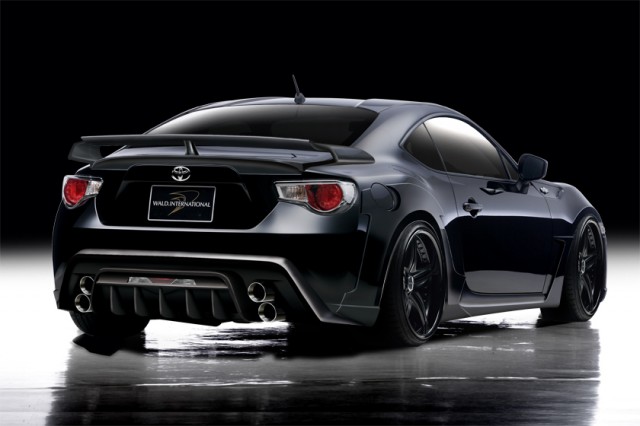 Naturally, the ride height is lowered, and the stock wheels and tires are replaced with aftermarket units (which are wider in back, to fill the flared fenders). Collectively, all these upgrades give the Toyota/Scion/Subaru coupe a bolder, much more butch appearance. However, the stock Toyobarus’ tidy overall shape and proportions remain.

And you know what also remains? The stock engine and drivetrain. The 2.0L flat-four still makes the same 197hp, and sends it rearward through the same 6-speed manual and automatic transmissions. But don’t go writing sternly-worded letters to Wald; they prefer to leave performance upgrades to other companies, remember?