Perhaps no segment of the new car market is more hotly contested among the upper echelon brands than that of the midsize sedan. The perennial front-runners (read: Mercedes-Benz E-Class and BMW 5 Series) are constantly having to fend off raids from the likes of the Audi A6, Lexus GS, Infiniti Q70 (a.k.a. the Artist Formerly Known as the M), Jaguar XF and, now more than ever, the Cadillac CTS. Naturally, all this competition leads to better product, which is good news for customers shopping in this corner of the marketplace.

Of course, because the aforementioned pretenders to the throne aren’t as popular, they don’t enjoy quite the same amount of aftermarket support as the E-Class and the 5 Series. Thus, there’s at least one upside to going with one of the “usual suspects.” And Wald International has created another compelling reason to go with the second-biggest Benz sedan.

Created as part of its Black Bison range, this sharp looking body kit for the facelifted version of the current (W212-chassis) E-Class sedan serves to cement Wald International’s status as one of the top VIP tuning firms in Japan, if not the world. The overall look of the new front bumper is similar to that of the one on the E63 AMG, but with the addition of Wald’s signature LED driving light arrays. The rocker extensions on the sides feature a stepped design and an extension that reaches up the front fenders. The rear bumper features vents on the sides and a big-honkin’ diffuser. And there are spoilers that fit atop the back window and the trunklid.

Naturally, the crew at Wald didn’t stop with the body of this enhanced E. It also added a set of its 20” Portofino wheels, and a stylish set of exhaust tips through which exhaust gases exit after passing through stainless steel sport mufflers. Basically, it’s like having the looks of an E63 AMG cranked up to 11, but available for any new E-Class sedan, including the humble E250 BlueTec.

As for the pricing of all these upgrade parts, Wald International isn’t talking just yet. However, we’re guessing the costs will be similar to those of other Black Bison kits already on offer. The difference is this kit happens to fit one of the world’s most popular luxury sedans. 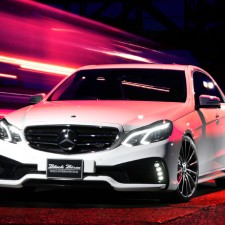 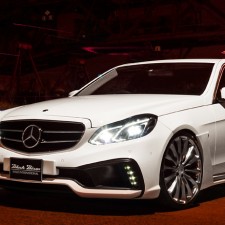 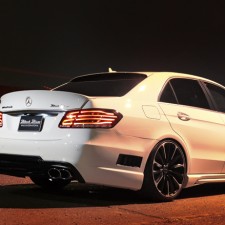 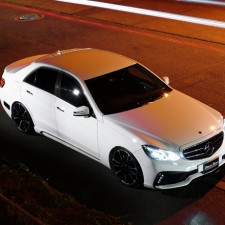 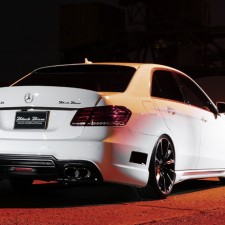 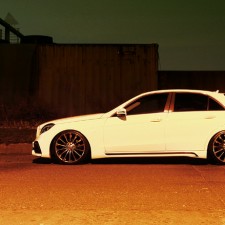 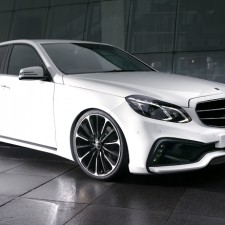 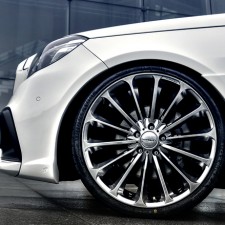 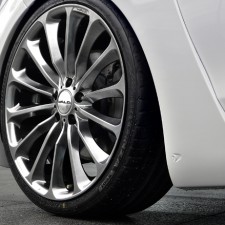 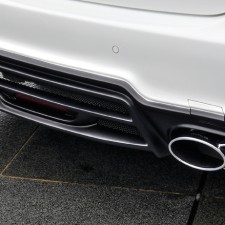 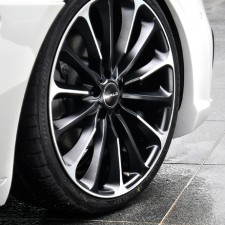 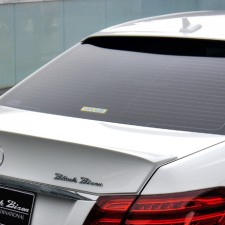 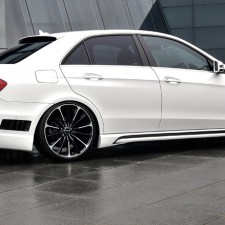 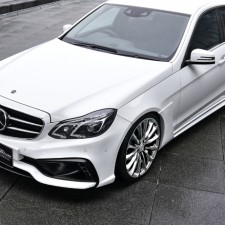 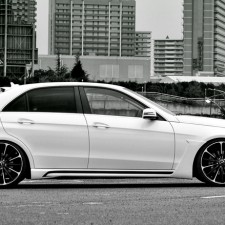 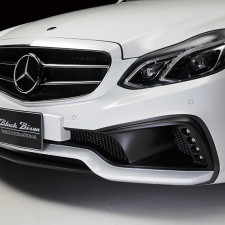 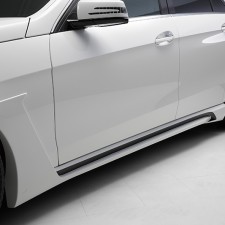 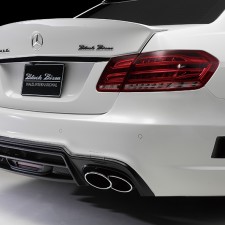 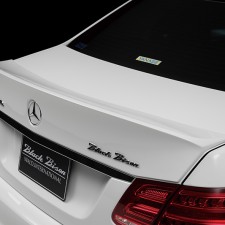 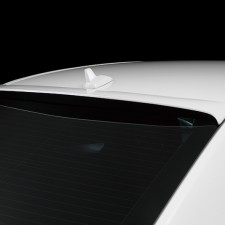