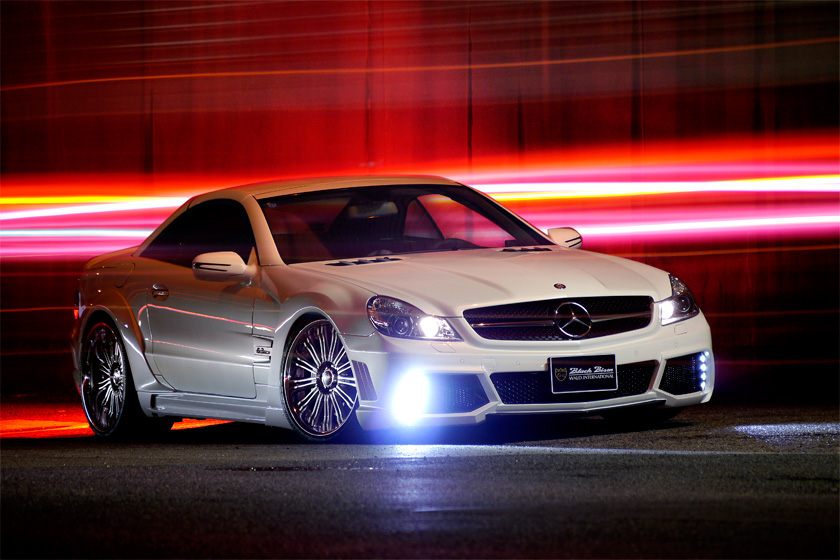 The R230-chassis Mercedes-Benz SL-Class has been around for close to a decade now, but its handsome styling and plethora of electronic toys (including that retractable hardtop) has aged pretty gracefully. The fact that Mercedes-Benz has managed to keep the powertrains fresh, too (replacing the V8 models’ 5-speed automatics with 7-speeders, and introducing smaller turbocharged V8s) has also helped. But probably the biggest aid in keeping the current SL current was a 2008 facelift which gave it a bolder beak that bears a stronger resemblance to the rest of the family.

However, not everyone wants an SL that looks like the rest of the lineup, or at least, one that doesn’t look as restrained. These folks no doubt thank their lucky stars that there is a bumper crop of companies producing parts that can make an R230 stand out from the herd. One company that counts itself as a part of that group is Wald International, a firm that might sound thoroughly Germanic, but is actually based in a suburb of Osaka, Japan. 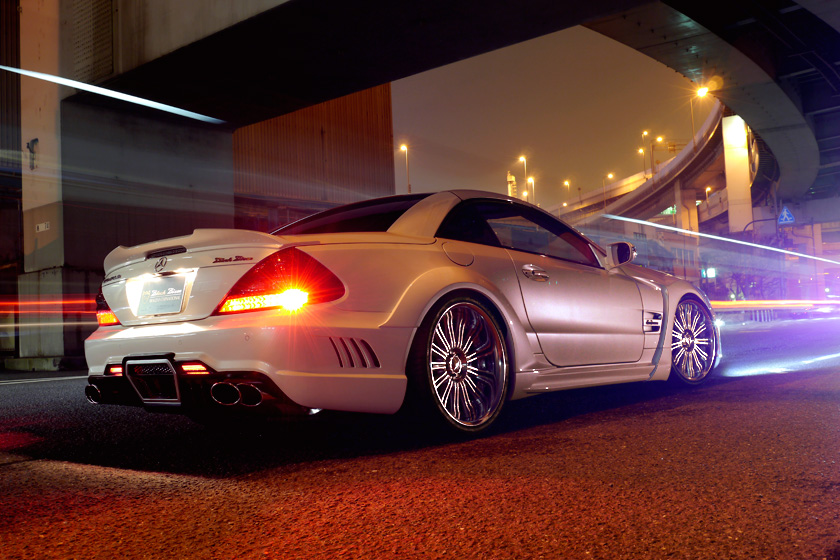 Dubbed the Sports Line Black Bison Edition (Judging by Wald’s website, it looks like most of its body kits go by that moniker, including the one for the Mercedes-Benz R-Class.), the kit consists of new front and rear bumpers, front fenders, rear fender flares, side skirts, and a rear spoiler. The front bumper features LED foglights, while the rear bumper has auxiliary reflectors and lights integrated into the diffuser. That diffuser is surrounded by a pair of DTM Sports Mufflers, each with overlapping twin tips. “Wald” and “Black Bison” badges for the trunk provide some of the jewelry.

But the bulk of the jewelry is provided by the set of Wald’s own 20” Renovatio wheels. These are two-piece units that are available in a variety of finishes for both the centers and the rims. Personally, we’re partial to the all-silver-hued scheme picture, at least on a white SL like this. Of course, the Wald lowering kit helps those big hoops fill out the wheel arches. 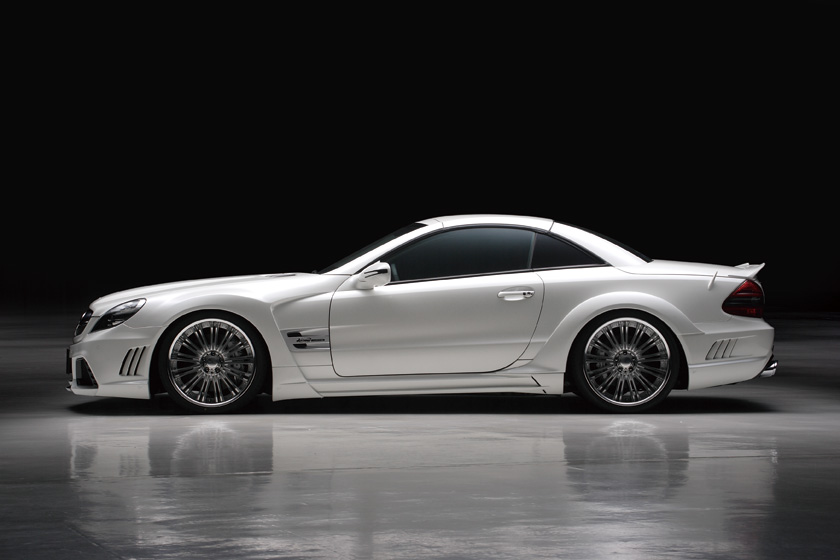 If you want to spruce up the interior, Wald offers ready-to-order floormats and pedals for the SL, but will also do custom reupholstering, wood and carbon fiber work if you want something even more distinctive. And for improved performance? We’re afraid you’ll have to look elsewhere; Wald’s primary focus is building vehicles for high-style VIP cruising, though it does offer cosmetic parts for speed demons like the Lamborghini Murcielago and the Nissan GT-R.

Like what you see? Well you’ll soon be able to order these bits through Wald International’s U.S. distributor, Jonari Corporation. And if you’re planning to attend next month’s SEMA Show in Las Vegas, Jonari will have a Black Bison SL on display in its booth. Tell ‘em Sub5Zero sent you.