Wald International Convinces the Porsche Panamera to Join the Dark Side 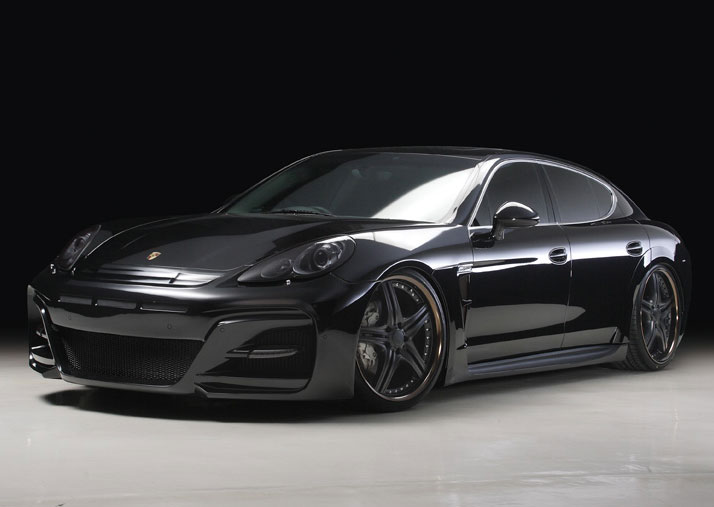 Despite its polarizing looks (and, frankly, the mere fact that it exists causing conniptions among hardcore Porschephiles), the Porsche Panamera has become a remarkably popular canvas for tuners. And with as much as 550hp available (in the recently introduced Panamera Turbo S) from the factory, you don't necessarily need to have your favorite tuning shop add more power (though we certainly don't have a problem with adding power to a vehicle).
That's a good thing for Wald International, since the Japanese firm doesn't concern itself with engine upgrades. Instead, it provides comprehensive and classy cosmetic revisions to a wide variety of British, German, Italian and Japanese vehicles. And its body kit for the Panamera – part of its Black Bison line and the company's first kit for a Porsche – manages to make the luxury five-door look downright snazzy. 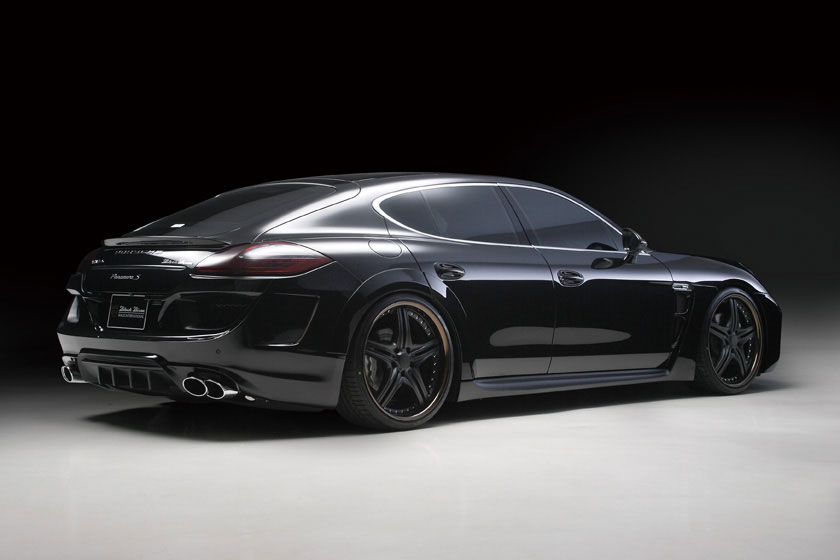 Starting out front, there's a new bumper with neatly integrated LED turn signals similar to those on the stock version. Walk around to the sides and you'll find side skirts that wrap up to the tops of the front fender vents (which get new mesh-grilled inserts), as well as multi-piece fender flares that fit over the rear doors and rear quarter panels. Out back, we find a reshaped bumper (housing the two siamesed-tip tailpipes of the cat-back exhaust system), a modest lip spoiler and smoked taillight lenses.
That's all fine and dandy, but an aftermarket body kit usually looks dorky if the vehicle isn't dropped and fitted with a set of aftermarket wheels to go with it. Wald International is well aware of this, which is why the Panamera Black Bison has been lowered and rolls on a big set of split-spoke hoops. The centers are finished in black, while the rims wear a rich bronze hue. If you ask us, a splash of color provides a nice respite from the all-black-all-the-time "murdered out" craze. 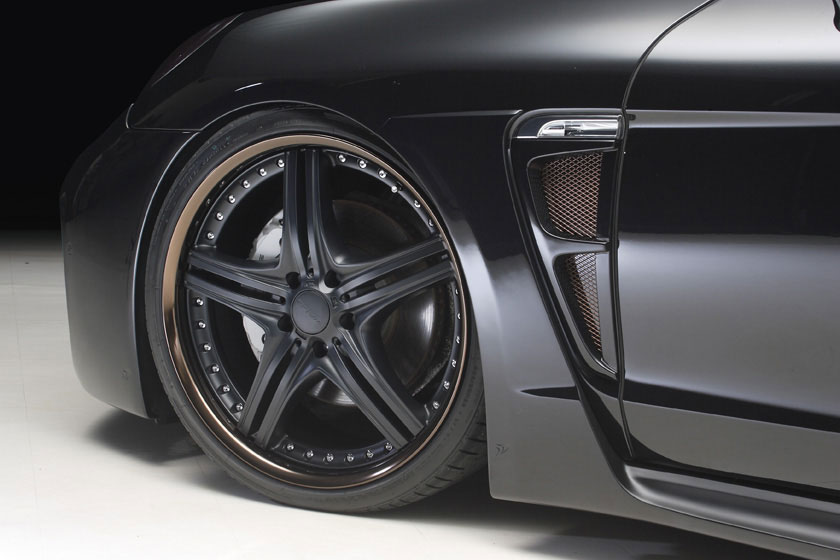 No word on what all these pieces will cost, but rest assured that they will help your Panamera stand out from the crowd. And you can pretty much bank on them being sold here in the U.S. through Wald International's official importer, Jonari Corporation. We can't wait to see one of these in the metal.
Source: Wald International
Tweet
Share
Share
Pin
0 Shares
Categories
Tuning
Tagged
Aftermarket TunersGermanPorscheSuper SedanWald International
0
Back to Top