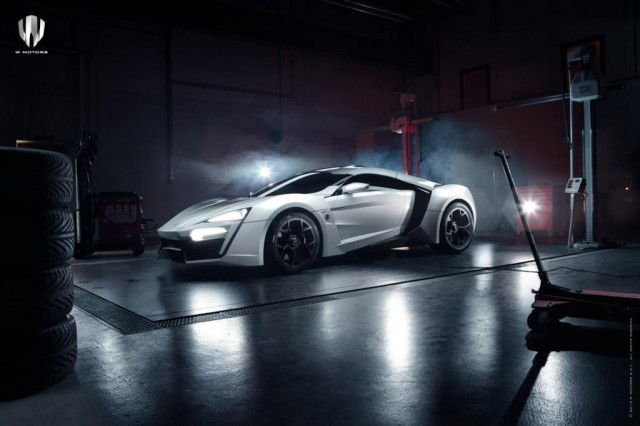 It’s certainly not unprecedented for a startup car company to burst onto the scene with a wild-looking supercar boasting outrageous performance figures. Most have been flashes in the proverbial pan, going bust after just a couple copies (if that) of their flashy new exotic are finished. Pagani, Koeniggsegg and the like are the exceptions, not the rule.

So if a new supercar company were to limit production of its debut model to, say, seven examples, that would be a comparatively easy objective to meet, right? Well that’s the strategy that W Motors is employing with its new machine, the Lykan Hypersport. The Lykawhatnow? Familiarize yourself with this new road-burner after the jump. 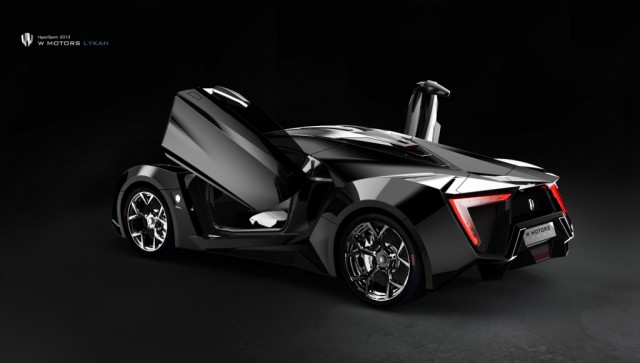 W Motors was established by Ralph Debbas in Lebanon, though the company is now headquartered in the United Arab Emirates (Dubai specifically). Debbas is a graduate of England’s Coventry University School of Art and Design, so the Lykan Hypersport’s lines are his own work. The overall shape and some of the details have Lamborghini-like undertones, but a lot of things – like the side sculpting, L-shaped taillights and double-V backlight and roof scoop – are even more extreme than their Lambo equivalents. And we can’t decide if the rear-hinged “suicide doors” are more or less outrageous than scissor doors or gullwing doors. However, we do know they’re obscenely rad, though not as rad as the diamond-encrusted headlights (Additional gemstones and precious metals are scattered in other places throughout the car.). 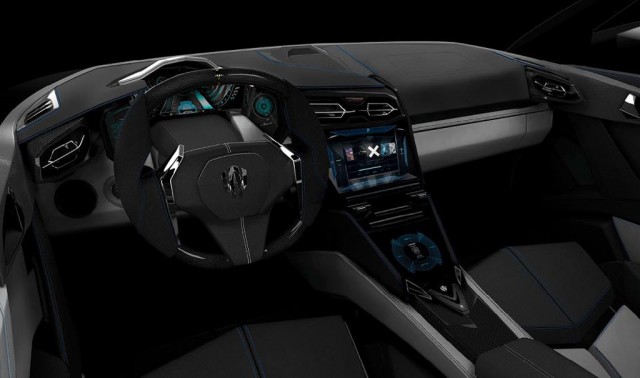 By contrast, the interior is somewhat conventional. Yes, much of the instrumentation has a definite Starship Enterprise look to it (right down the holographic center stack), and there’s an all-you-can-touch buffet of leather, Alcantara and carbon fiber on the seats, dash and door panels. But it doesn’t have a monospoke steering wheel with a “floating” hub, or three-across seating like a Matra Bagheera, so on the whole the interior isn’t a drastic departure from supercar interior design orthodoxy. 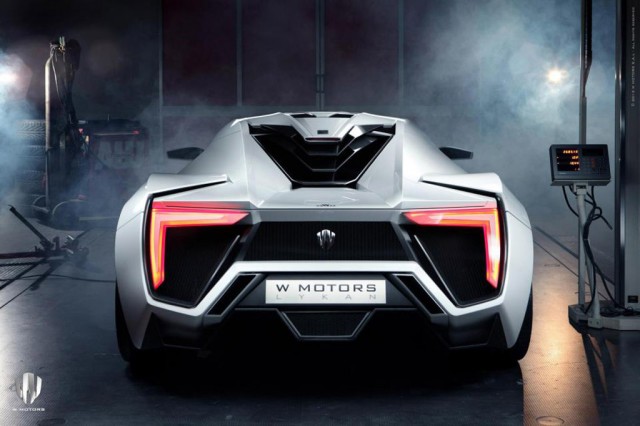 The powertrain doesn’t mark a radical departure from the norm, either. No five-rotor Wankel with hybrid assist or BRM-esque H16 under this thing’s hood; rather, it’s a relatively humdrum turbocharged Porsche flat-six that’s had a thorough going-through by Ruf. Of course, few people would consider the Hypersport’s claimed 750 horsepower and 750 lb.-ft output to be “humdrum.” And if that’s a little too hairy for you, W Motors says it will also offer a less powerful (and presumably cheaper) Lykan Supersport. But then you won’t be able to hit 60 mph from parked in 2.8 seconds and max out at 245 mph, so choose wisely.

However, it won’t be a choice very many of us will get to make: In addition to the very limited production, the Lykan Hypersport’s exclusivity will also be ensured by a projected $3.4 million price tag. Yeeouch! However, do keep in mind that W Motors throws in a matching $200,000 Cyrus Klepcys watch with each purchase. That softens the blow, right? 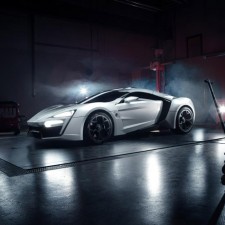 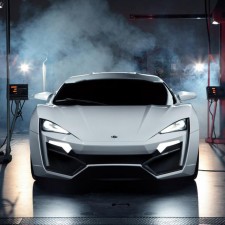 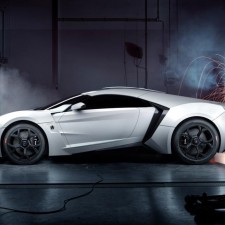 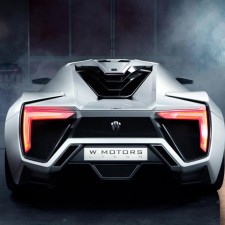 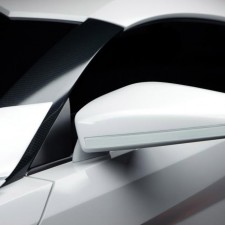 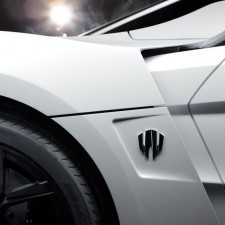 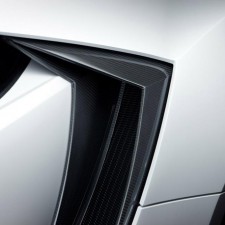 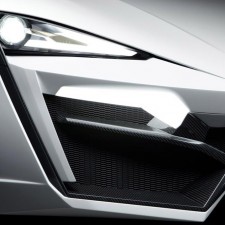 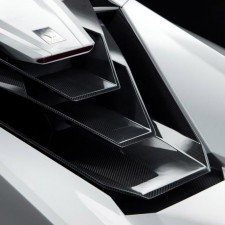 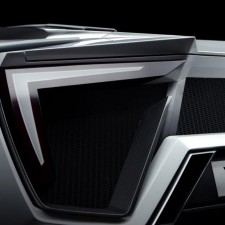 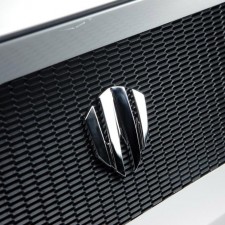 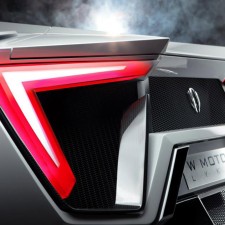 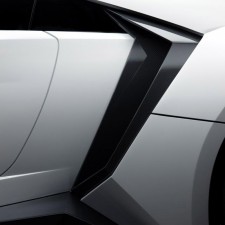 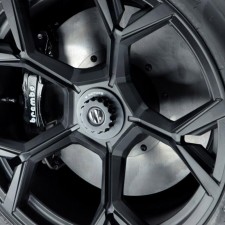 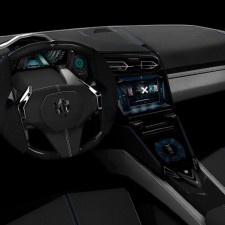 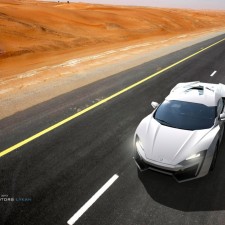 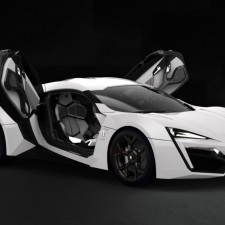 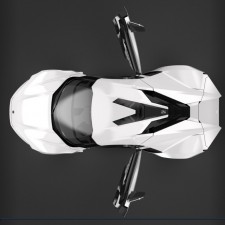 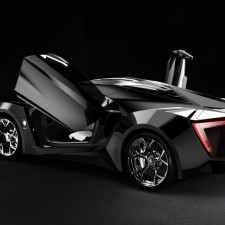 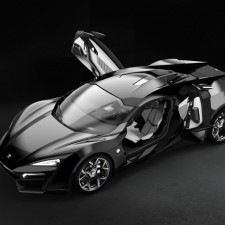 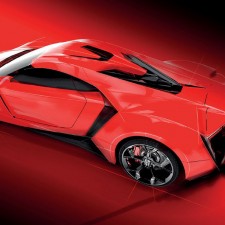 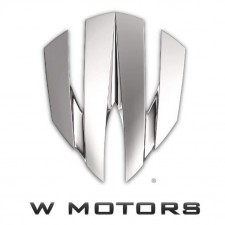