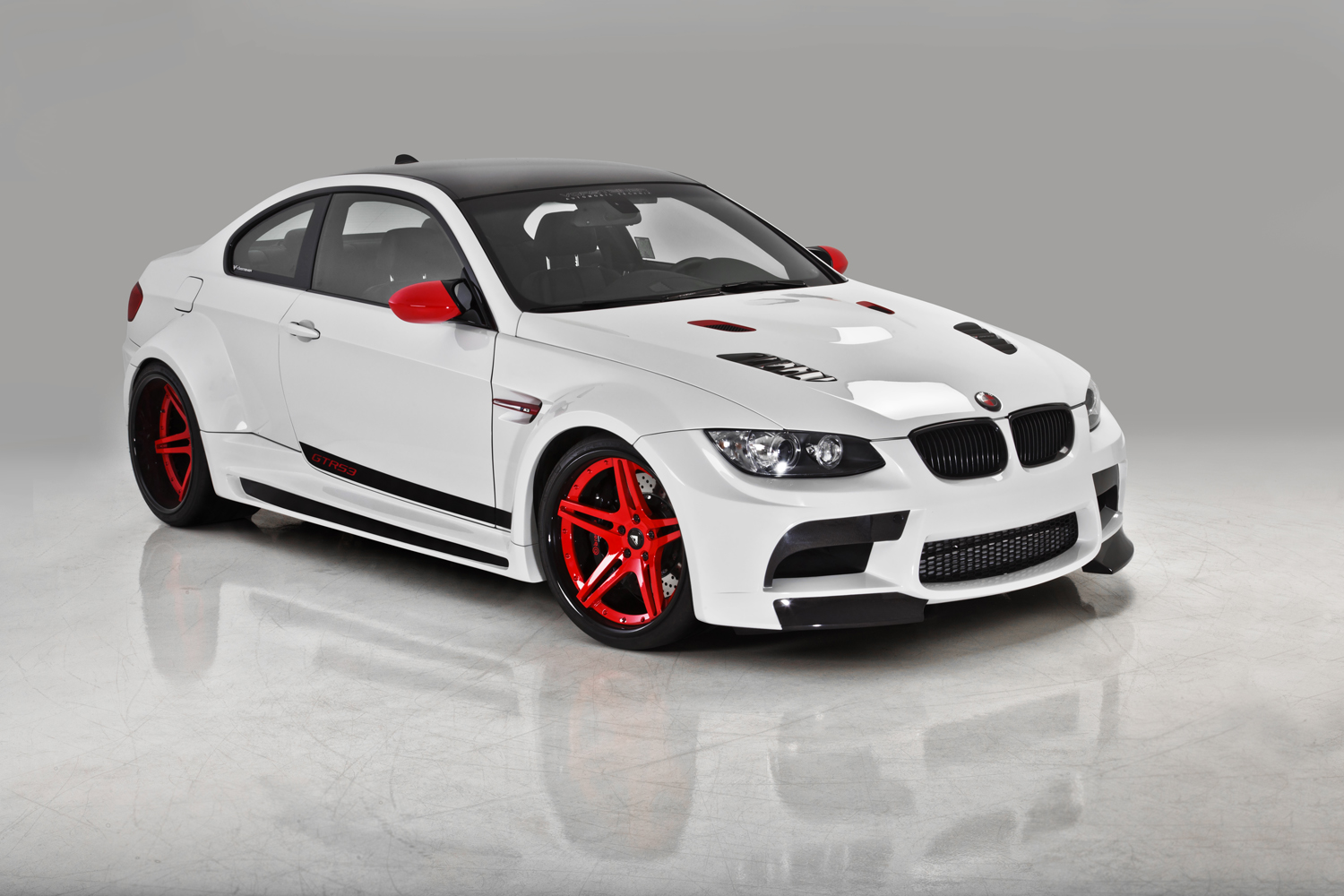 Considering how far the current generation BMW M3 is getting up in years, you could forgive the aftermarket tuning community for starting to lose interest in the quintessential Hessian muscle car and moving on to the next big thing. But the professional car modders of the world still seem to be finding more performance hidden within the M-fortified 3 Series, so why hitch your wagon to another car’s star if you don’t have to?

Vorsteiner, a company that is very much American despite its German-sounding name, is one of the tuning firms that still believes there’s still plenty of potential in the E92 M3 that’s just waiting to be unlocked. And the fender-flared beastie seen here makes Vorsteiner’s argument all the more compelling. 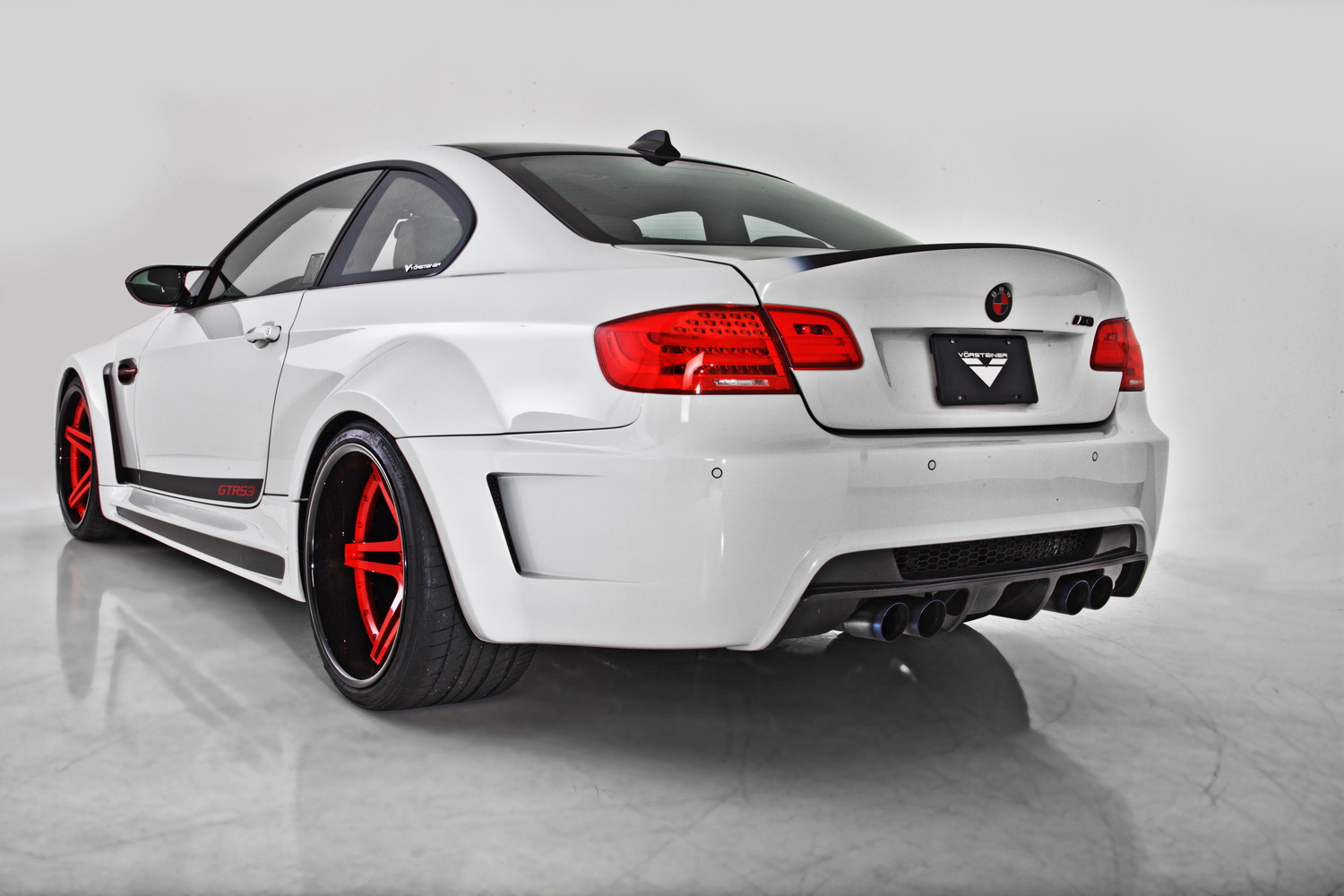 Nicknamed “Candy Cane” by its creators due to the white body and red wheels, mirrors and trim bits, this 2011 BMW M3 coupe (which debuted at Bimmerfest a fortnight ago) makes its presence known with Vorsteiner’s own GTRS3 widebody kit rendered in carbon fiber. The vented hood and reshaped trunklid are likewise carbon fiber Vorsteiner pieces, the latter featuring a nifty paint fade effect that leaves the integral spoiler’s weave pattern on display. Twenty-inch forged alloy wheels (again Vorsteiner creations) wearing Michelin PS2 sport tires and a titanium exhaust system from – you guessed it – Vorsteiner round out the exterior enhancements.

But don’t think for a minute that the Candy Cane doesn’t have enough go to back up its show. It’s also been treated to a Brembo GTR big brake kit for all four wheels, and all four corners have been dropped and stiffened by way of a KW V3 EDC coilover kit. But the piece that contributes most to the Candy Cane’s increased athleticism is the Stage II version of the Active Autowerke E9X M3 supercharger kit. It gooses the 4.0L V8’s output from a stock 414hp to a cheek-flapping 620hp. That’s supercar-level power and, presumably, supercar-level speed. We say “presumably” because Vorsteiner hasn’t released any performance figures or projections. 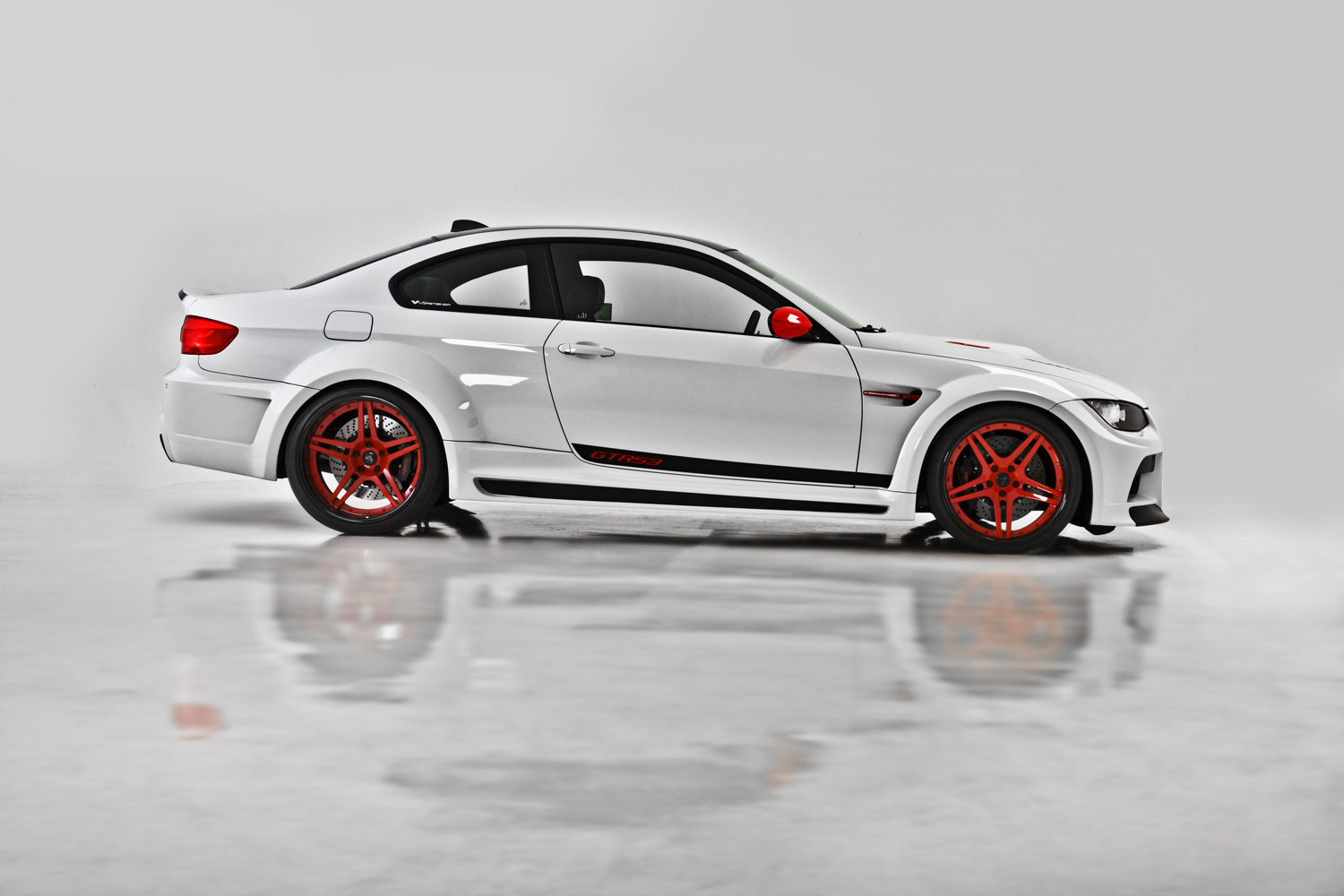 Unfortunately, Vorsteiner also hasn’t released how much it would cost to buy (The company is offering it for sale.) or duplicate this bulging-fendered firebrand, though we’re guessing it’s a number somewhere between “A lot” and “How about a used F430 instead?” Then again, the old V8 Fezza wouldn’t have room for four or let you wear your “Buy American” shirt without being a complete hypocrite, just a partial one. Decisions, decisions…