Typically, it has been the motorsport divisions from the car manufacturers that advance the new technology that eventually makes its way into production vehicles. Volvo is switching things around by using the same eco-friendly technology from their production cars to look for competitive advantages on the race track. Beginning in 2007, Volvo made the call to move over to E85 bioethanol fuel for all of its racers, becoming the first official brand in the world to make the transition. 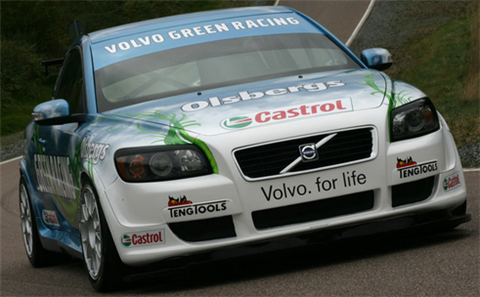 Volvo will use technology from the environmentally optimised C30 1.6 DRIVe in its bid for outright victory in the 2009 Swedish Touring Car Championship (STCC). The efficiency of the current bio-ethanol (E85) fuelled C30 STCC ‘Green Racer’ will be further enhanced by the aerodynamic solutions developed for the diesel-powered C30 DRIVe, the first model to be launched under Volvo’s aggressive roadmap for reducing C02 emissions. The race cars’ flat under-body panels, diffuser and rear wing have been taken straight off the C30 DRIVe production line. Traditionally, manufacturers use technical solutions developed for their race cars to improve production cars. Volvo Cars is reversing the process by using technical know-how from the C30 DRIVe model to improve the aerodynamics of its 2009 STCC race cars. 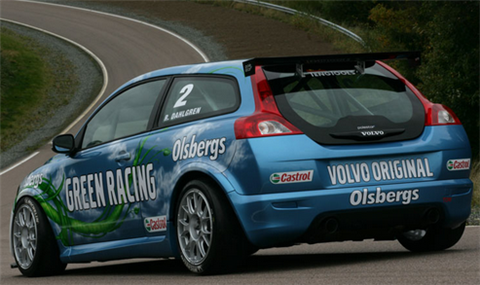