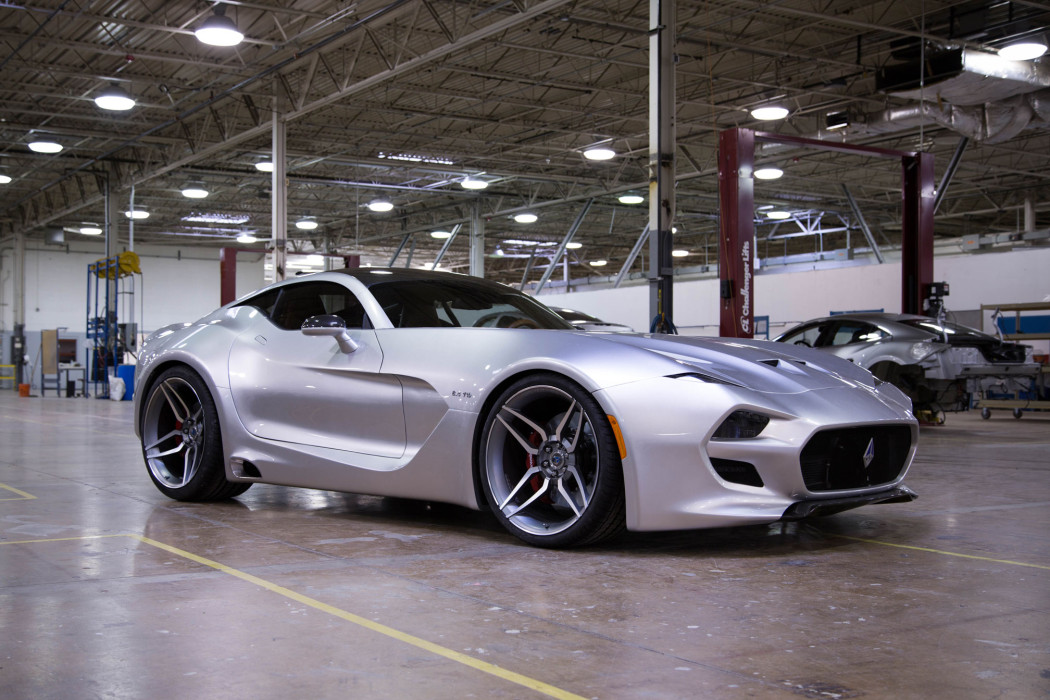 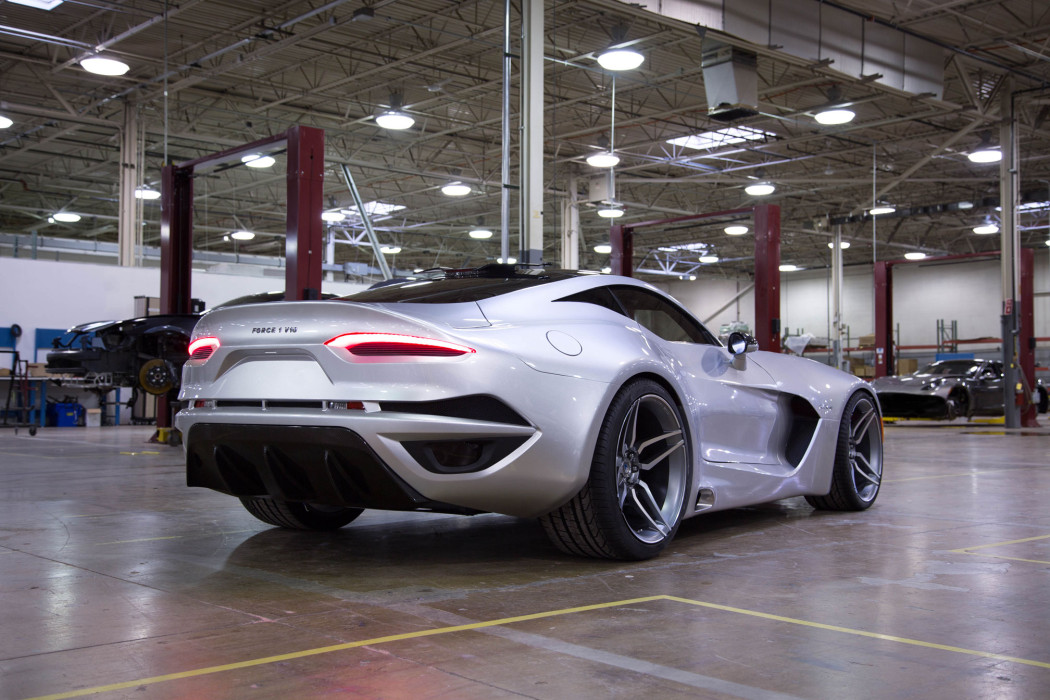 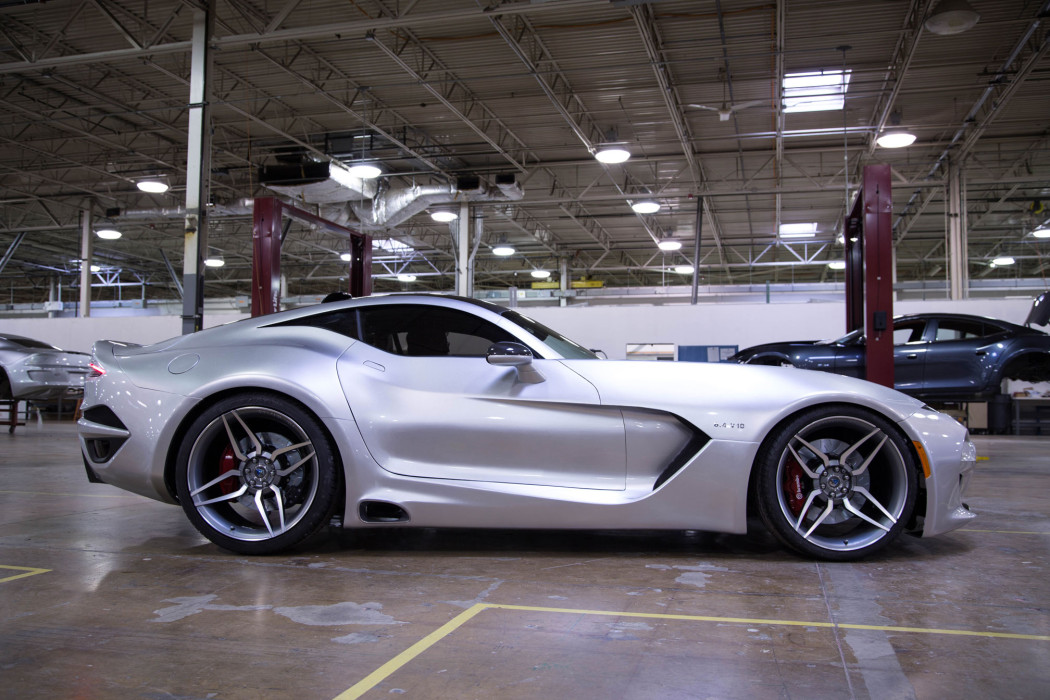 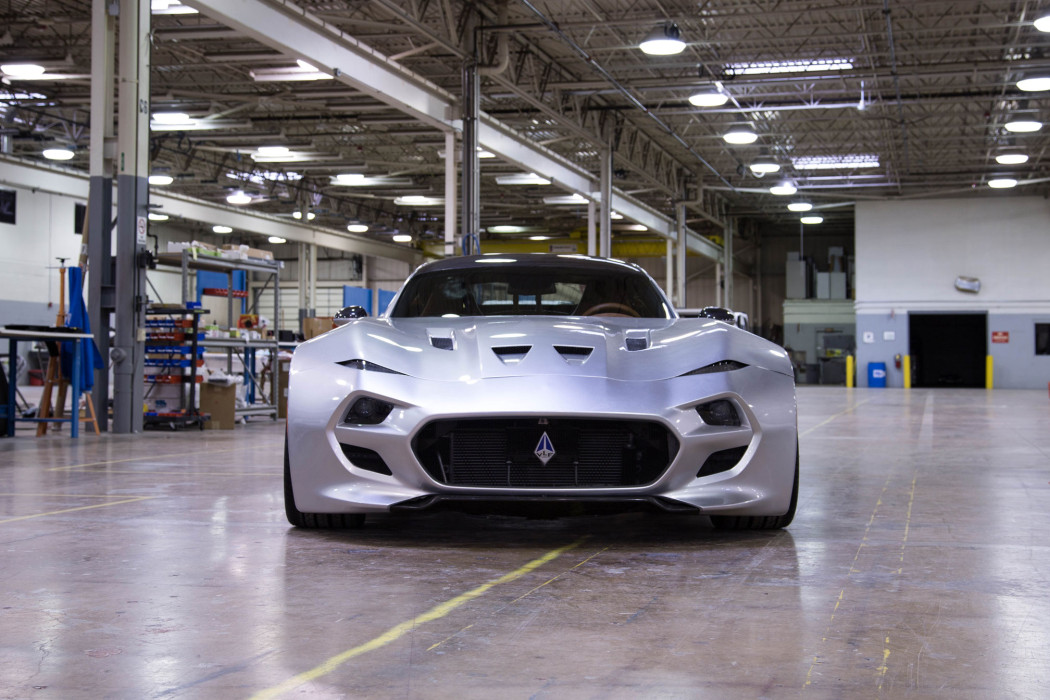 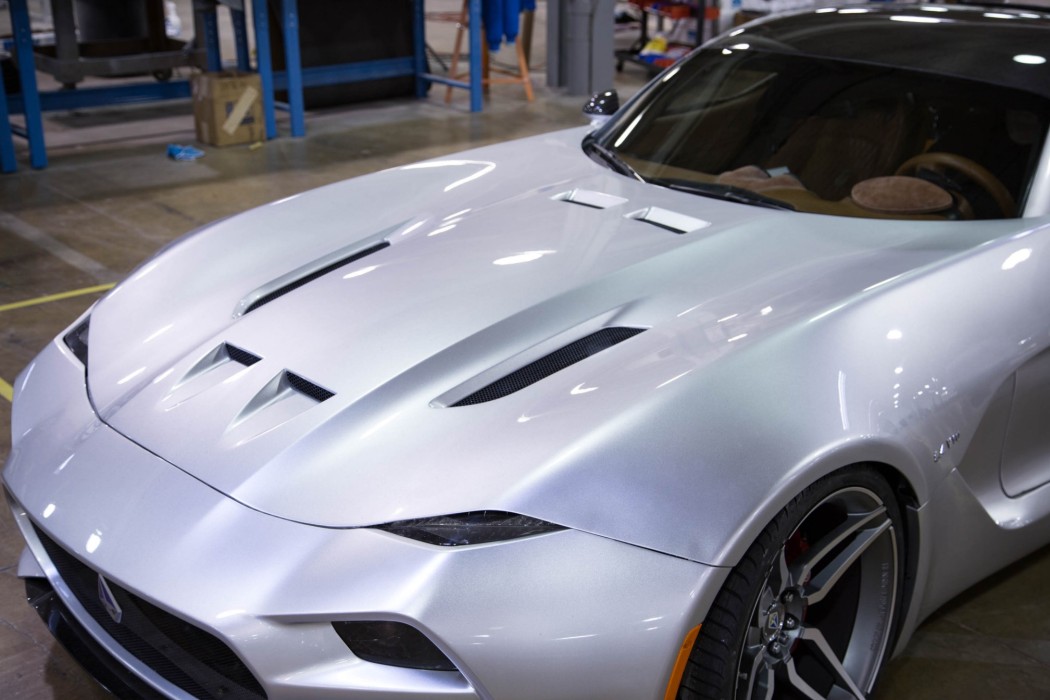 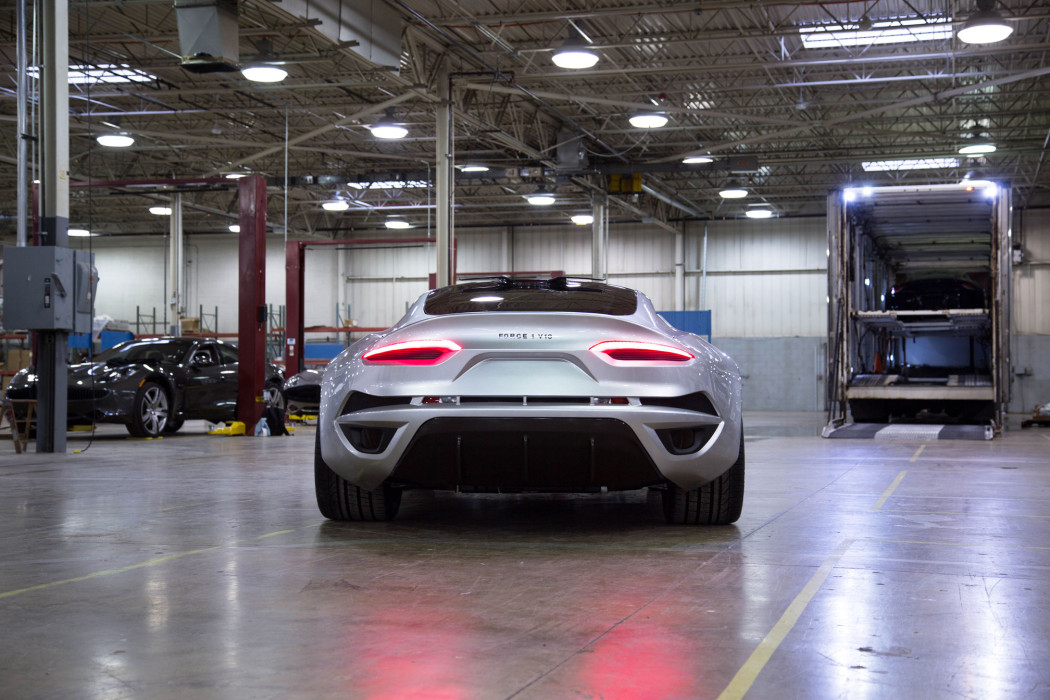 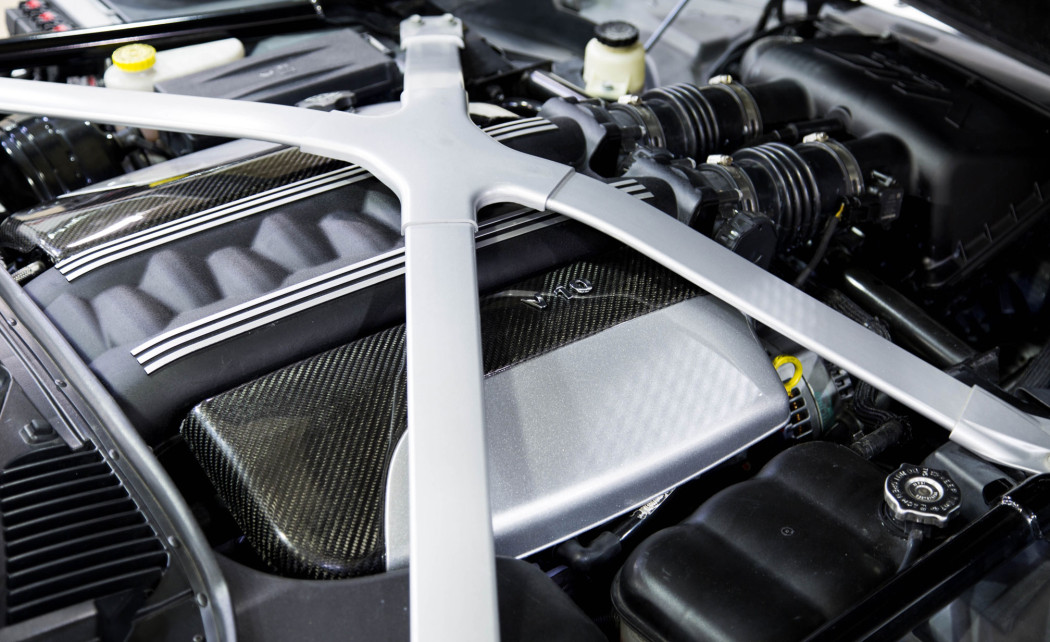 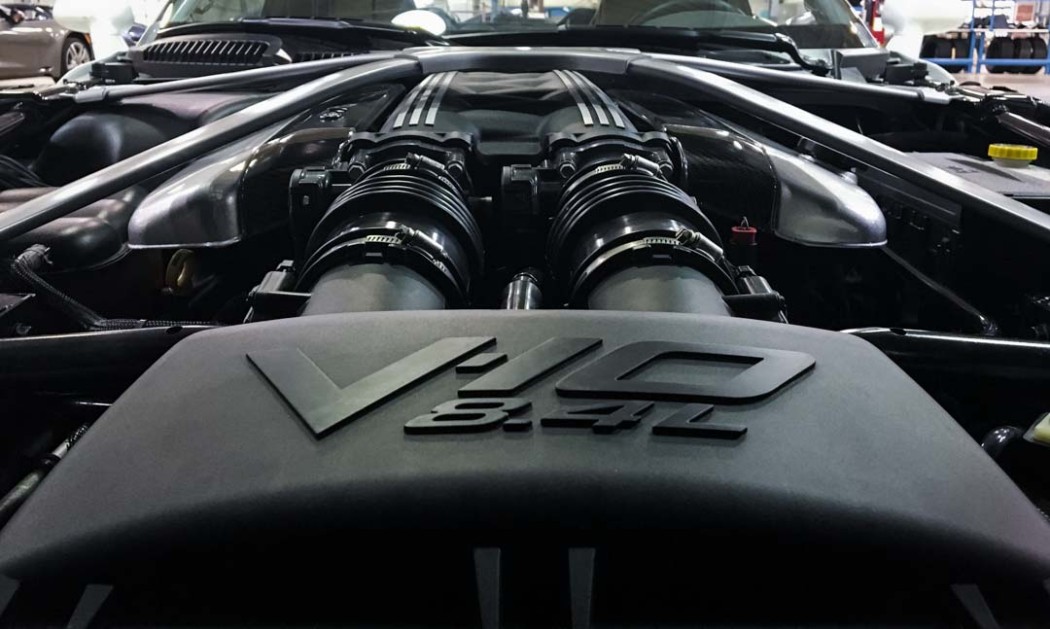 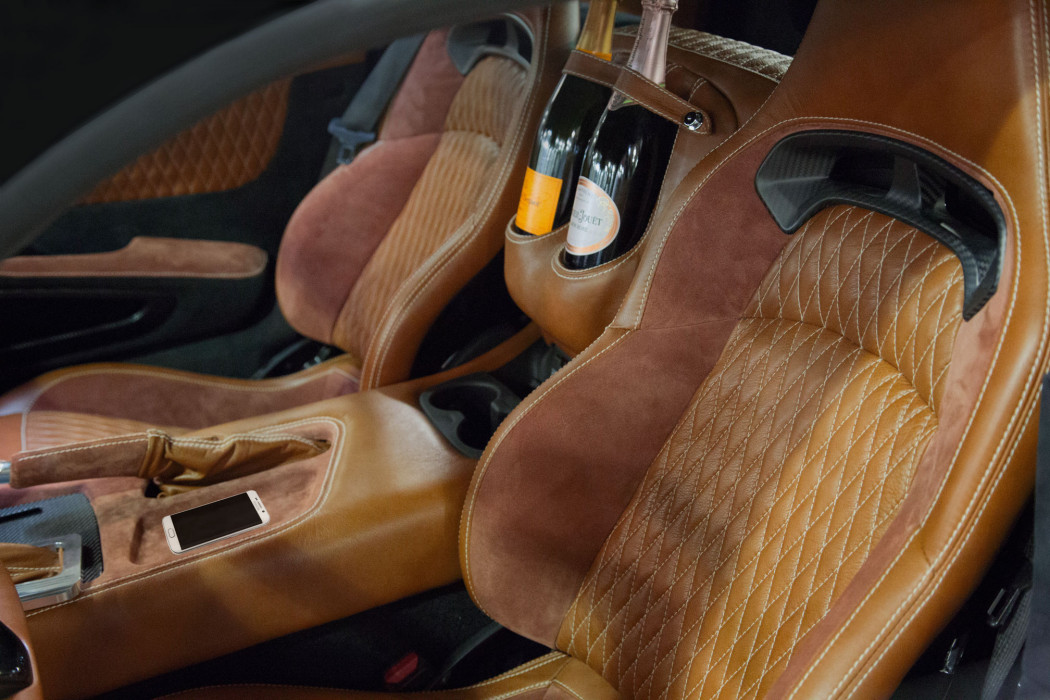 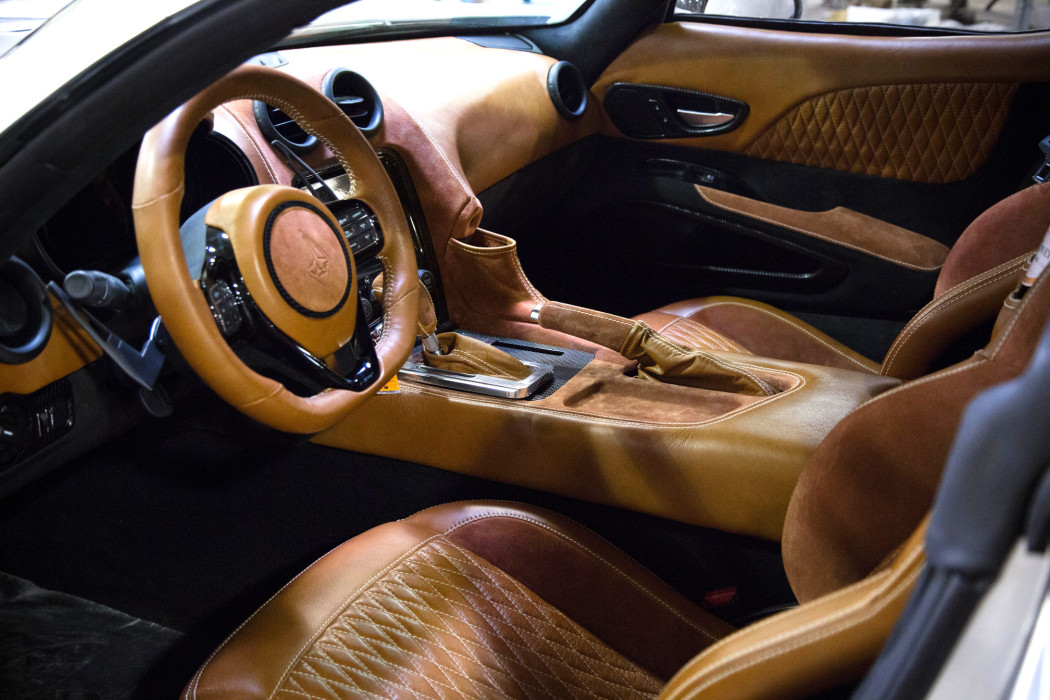 What a long, strange trip it’s been for Henrik Fisker. The Danish-born car designer followed up stints at the likes of BMW and Aston Martin with starting his own eponymous car company, which built the swoopy Karma plug-in hybrid luxury sedan. When that venture hit the skids, a new company called VL Automotive – led by industrialist Gilbert Villarreal and legendary auto industry executive Bob Lutz – began taking Karmas, giving them a mild facelift, replacing their hybrid powertrains with LS9 supercharged 6.2L V8s from the Corvette ZR1 and calling the resulting creations Destino. Now things have kinda come full-circle, as Fisker has joined VL Automotive to form VLF Automotive. And it turns out hot-rodded Karmas isn’t the triumvirate’s only project.

The VLF Force 1 V10, which debuted at this week’s North American International Auto Show in Detroit, is wrapped in carbon fiber bodywork that was, naturally, sketched out by Fisker. If the overall proportions of this wild, low-slung front-engine super coupe don’t look familiar, maybe a peek under the hood will. There you’ll find the rip-snortin’ 8.4L V10 from the current-gen Dodge Viper that donated its skeleton and vital organs for the cause (A fitting foundation, since Lutz was one of the point-men on the creation of the original Viper when he was at Chrysler.). However, in Force 1 V10 specification, the great big lump is producing 745 horsepower and 638 lb.-ft of torque, both of which are significant increases over the stock Viper figures (and contribute to a claimed three seconds flat 0-to-60 mph time and 218 mph top speed). And unlike the comparatively hum-drum original, the Force 1 V10 offers a paddle-shift 6-speed automatic in addition to the standard 6-speed manual.

But don’t let those badass mechanical details fool you into thinking this thing is some back-to-basics mobile torture chamber. Order the optional suede/leather/Alcantara interior package and you and one passenger will – in addition to some seriously snazzy upholstery – enjoy such perks as a premium infotainment system with navigation, a Wi-Fi hotspot, a center console designed for storing and charging smartphones, and a two-bottle wine/champagne/water holder. In other words, exactly the kinds of features you’d expect to find on a modern coachbuilt car and, although VLF hasn’t revealed pricing info yet, we expect it to be priced like a modern coachbuilt car. Disembowel your piggybank accordingly.