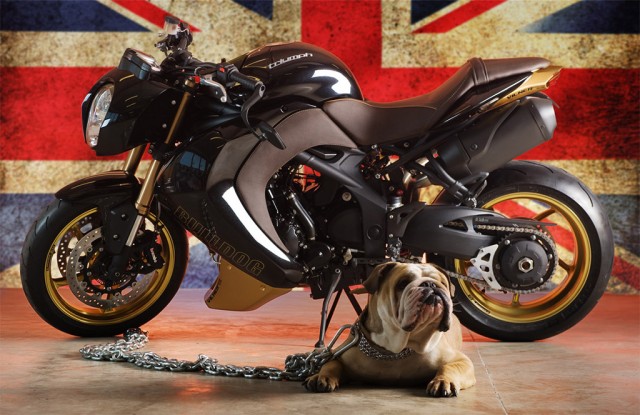 There are motorcycle enthusiasts out there (and you know who you are) who steadfastly refuse to regard the current era of foreign-owned British bike nameplates as anything other than cynical, heretical cash-grab. And that’s a crying shame, because modern Triumphs, Nortons, BSAs and Royal Enfields are stylish, solid performers that are, horror of horrors, quite reliable. Late model Triumphs, in particular, are great ways to break from the Japanese and Italian superbike herd.

Of course, if you want to stand out from a group that already stands out, there are many options for personalizing a modern Triumph. Now Vilner, our favorite car and motorcycle tuner in all of Bulgaria (which is saying…not that much), has developed a collection of cosmetic upgrades for the Speed Triple. And for something named after one of the most homely dog breeds under the sun, it sure looks handsome. 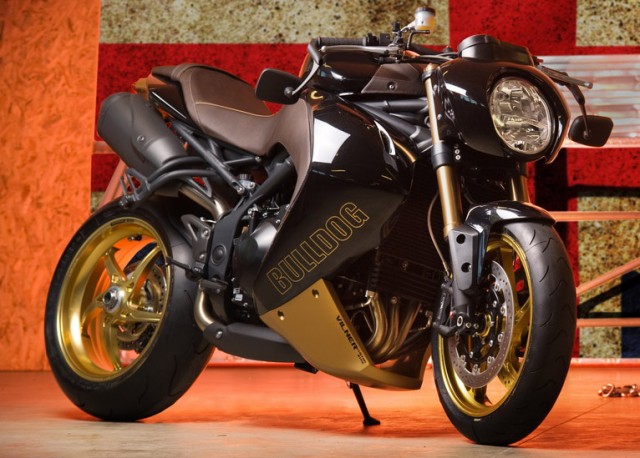 The Bulldog, as it’s called, takes the already sharp looking Speed Triple and takes it to the point that, were it a knife, it could probably peel a diamond. The stock Speed Triple’s side-by-side dual headlights are replaced by a large single headlight, and the mirrors now hang below rather than above the handlebars. Vilner also fits additional custom bodywork to the Speed Triple to give it a more finished look and improve its aerodynamics.

The stock wheels are replaced with stylish O.Z. Racing pieces wearing Metzeler high performance tires, and the tailpipes for the untouched 133hp 1050cc triple are refinished in matte black. The saddle, trailing edge of the bodywork and leading edge of the gas tank are retrimmed in rich brown leather, and the whole bike is painted black, except for the lower bodywork, taillight housing and wheels, which are gold. And as most of the motoring world has known for the last 40 years, you can’t go very far wrong with black and gold on a vehicle. 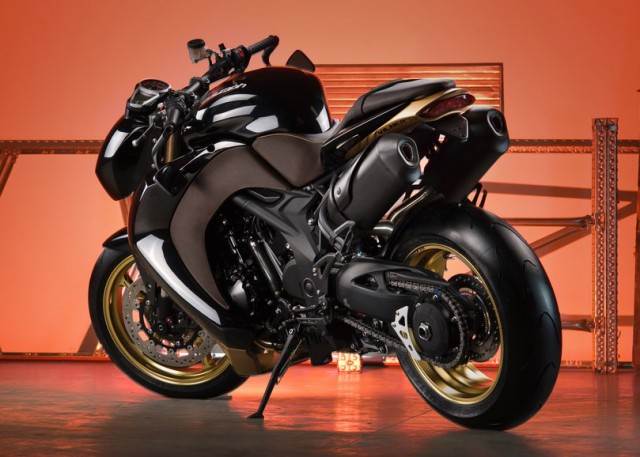 As for the cost of a Speed Triple Bulldog conversion, Vilner is keeping that figure close to the vest. However, we can’t imagine it adding much more than a few grand to the Speed Triple’s $12,799 MSRP. Sure, there are faster, fancier bikes that you can buy for that kind of coin, but most – if not all – of them won’t be as easy to pick out from a lineup at your favorite roadside café as this puppy is. Nor will they get you as much attention from other riders. Looking at it that way, the Vilner Bulldog should be a bargain. 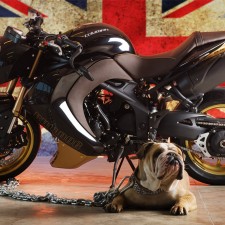 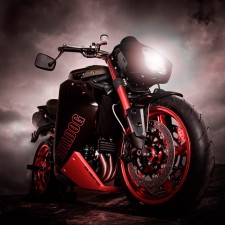 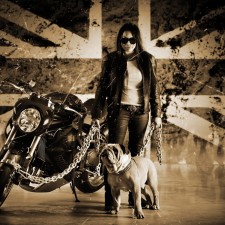 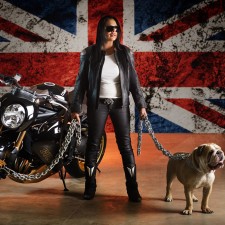 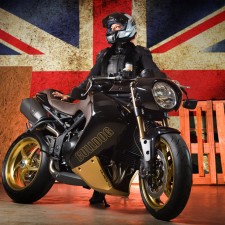 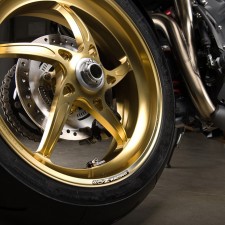 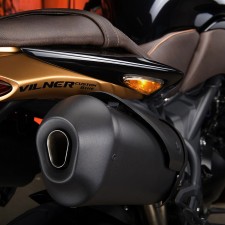 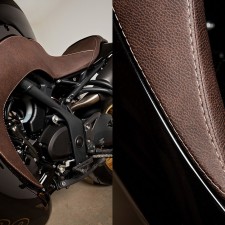 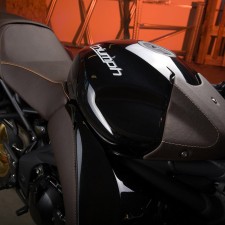 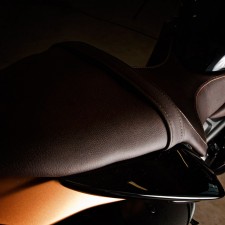 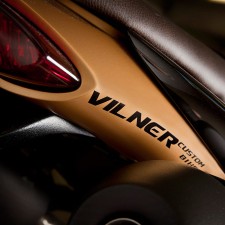 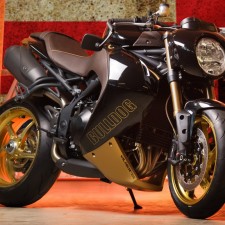 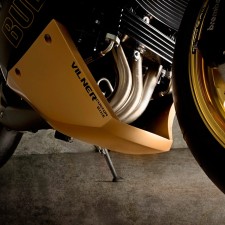 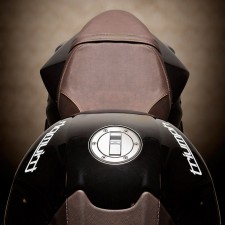 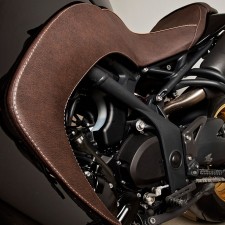 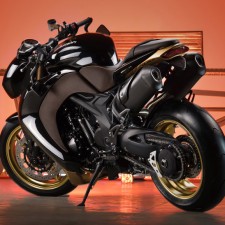 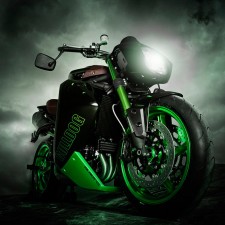 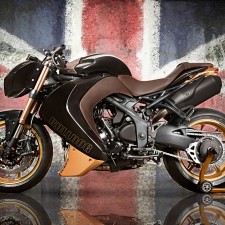 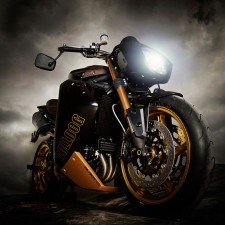 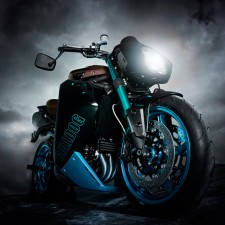 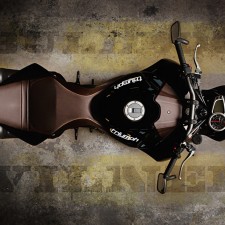 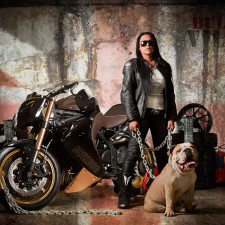