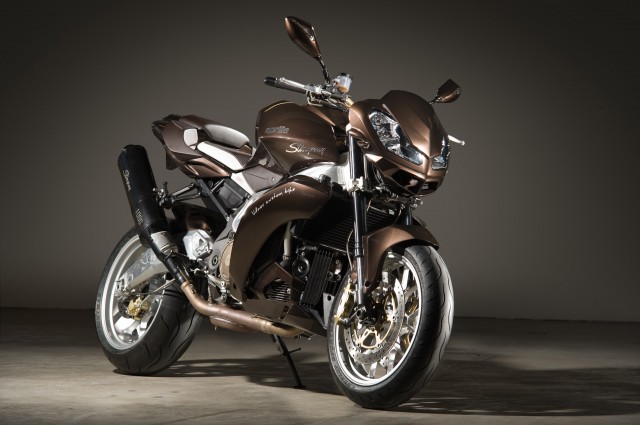 The Aprilia RSV Tuono 1000 R is a naked wonder based on the Aprilia RSV 1000 R superbike. In stock form, it has presence and grace that demands attention. So, it was the perfect platform for leather master Vilner and bike tuner Galaxy Custom to work their magic. These partners in crime both hail from Bulgaria, Europe’s 14th largest country (fun fact!). 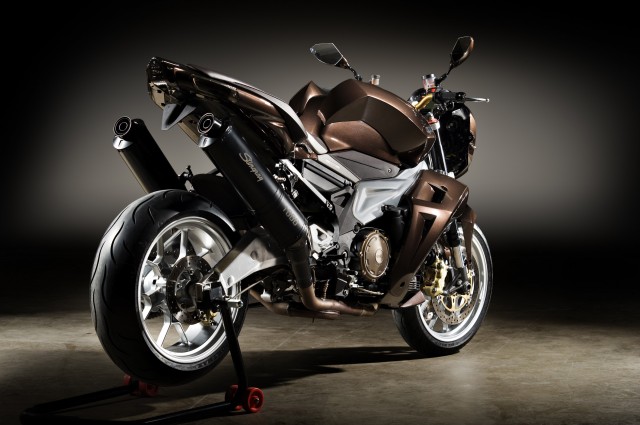 No less than 13 modifications were made to the bike to give it the stunning stance and futuristic look that you see here. The rear fork and chain of the Aprilia was extended by 15 centimeters to give it a longer base. The bike received a new gas tank, a bespoke front fender, modified side spoilers with vents and a modified headlight. In addition, the turn signals have been replaced with LEDs and the rear lights tinted. The frame has been painted matte black and custom exhaust pipes finished in black have been been bolted-on. 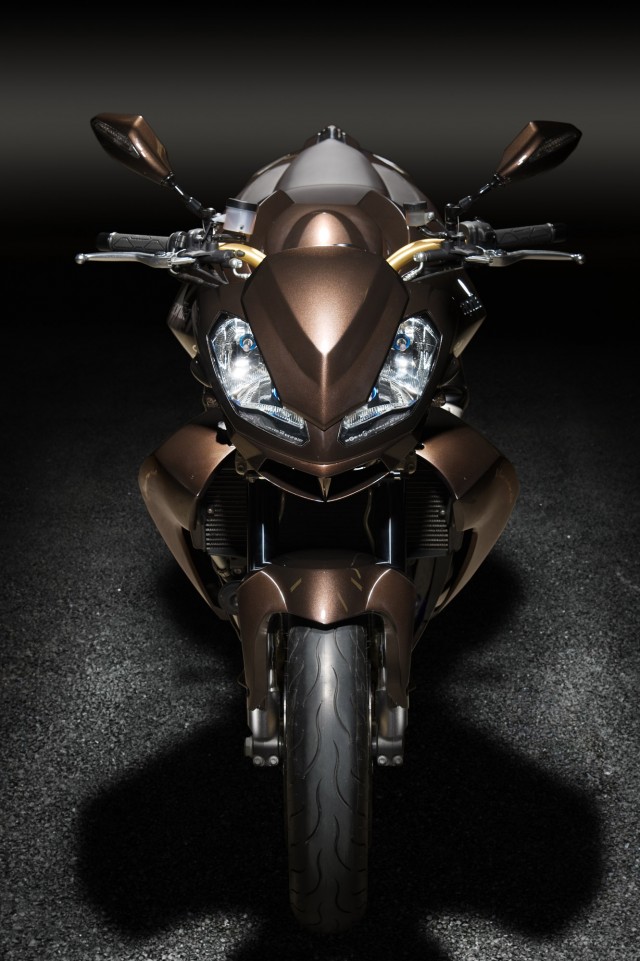 Vilner covered the seating surfaces, sides of the bike, and patches underneath the gas tank in high-quality leather with contrasting stitching. And just to add a bit of tuning performance, output has been increased by 10%. The price of the Vilner Aprilia Stingray has not been released yet. 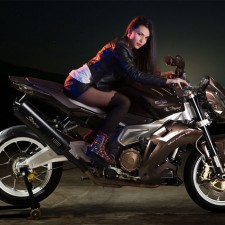 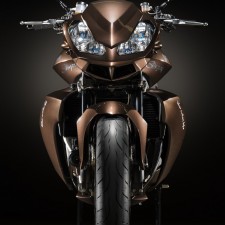 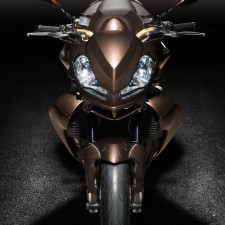 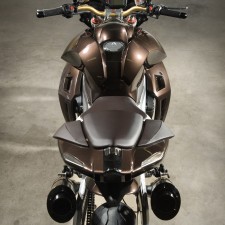 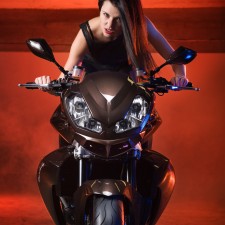 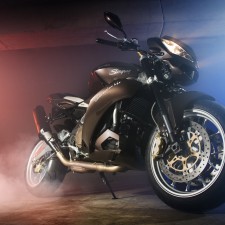 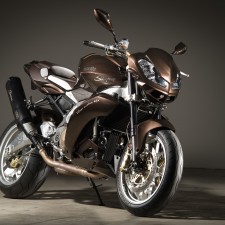 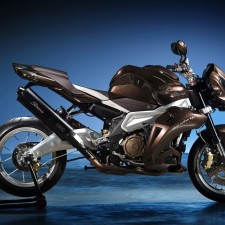 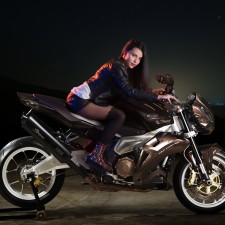 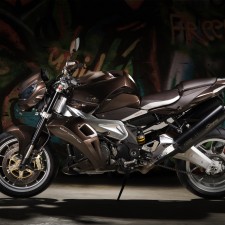 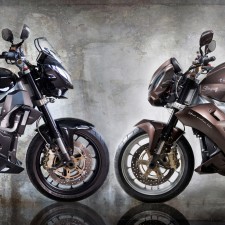 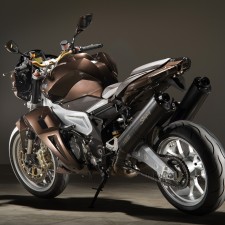 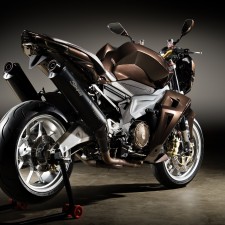 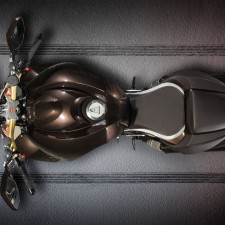 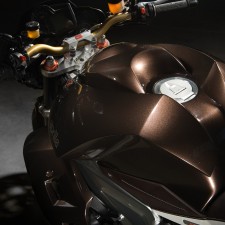 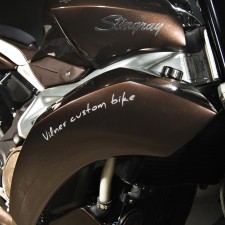 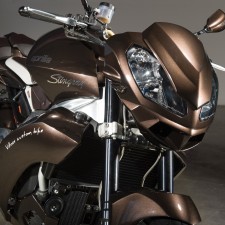 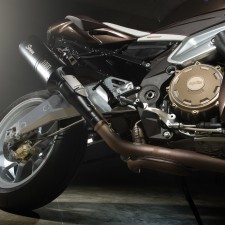 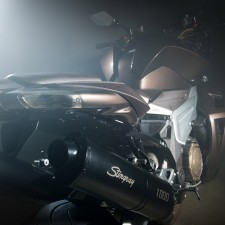 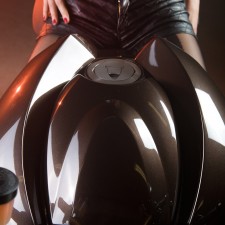 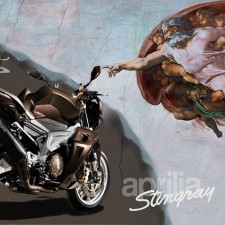