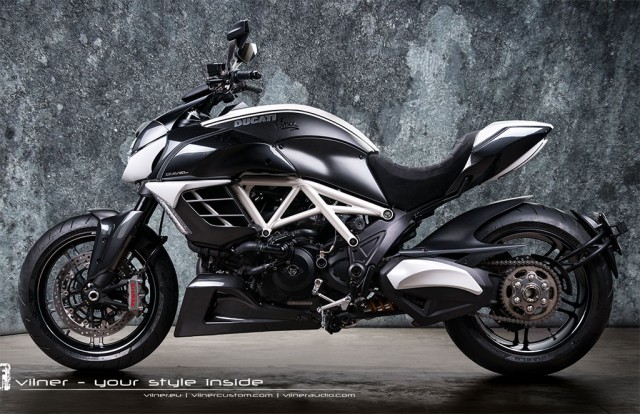 A couple weeks ago, we brought you news of a Ducati Diavel that’s been spruced up by the leather experts at Vilner. Between the cornucopia of cowhides and the reshaped bodywork, it makes for an altogether more exclusive and ornate means of getting around on two wheels. Of course, the fact that Vilner draped a hot female model over it in a couple of pictures probably didn’t hurt.

However, never a company to rest on its laurels, Vilner has applied its handiwork to a Ducati Diavel AMG. Yes, it’s the same AMG that serves as Mercedes-Benz’s in-house tuner, so it should come as no surprise that Ducati discontinued the model not long after the company was bought by Audi. But while the Ducati-AMG marriage was short-lived, Diavel’s take on that union’s only child has style to last for a long, long time. 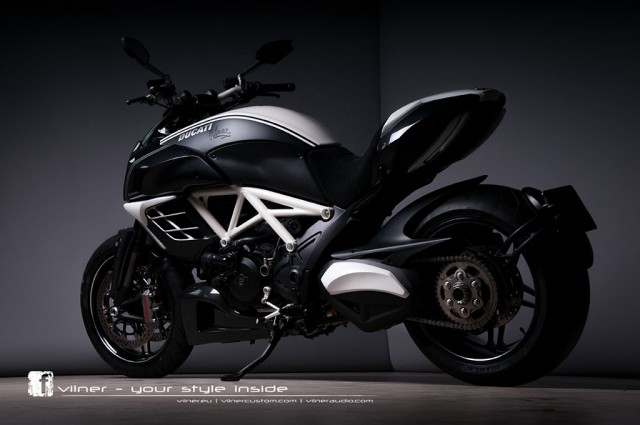 The headlight is fitted with what looks to be the same mask that Vilner installed on last month’s Diavel Carbon. The side vents, front fender and a few other body panels are also replaced with new Vilner pieces. Some of those bits are finished in pearl white, some are trimmed in thin strips of black leather, and some (like the tail section) receive both, while the chassis is also painted white. Finally, the seat is upholstered in plush black Alcantara. 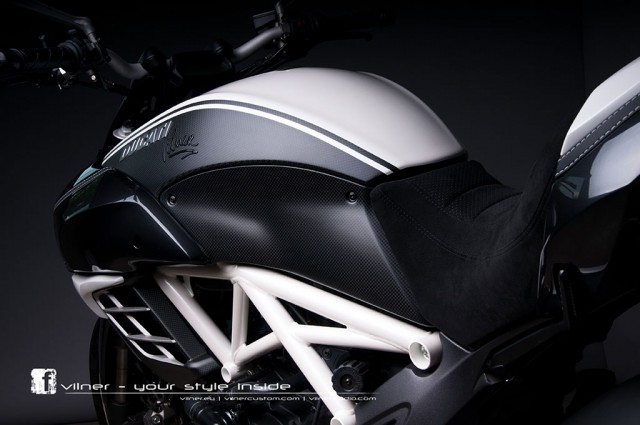 Mechanically, about the only change made to this Vilner-fied Ducati is a sports exhaust system. That’s not necessarily a bad thing, considering the Diavel already has a snarling 1,198cc twin to move it down the road or track, but you probably won’t win many races against full-on superbikes. Then again, you probably don’t want to be riding this thing at ten-tenths, lest you end up laying it down and chewing up all that fancy paint, carbon fiber, leather and Alcantara. Doing so would cost you a pretty penny, though Vilner isn’t saying just how much this project cost. 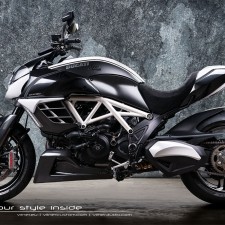 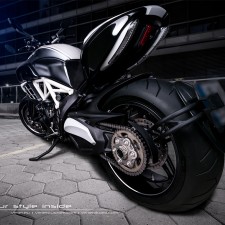 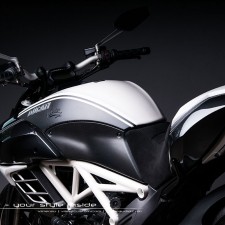 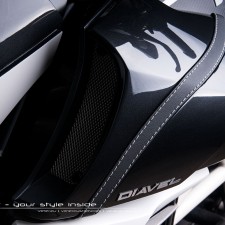 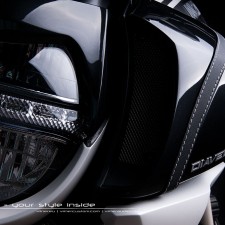 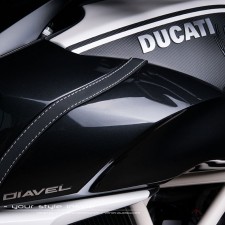 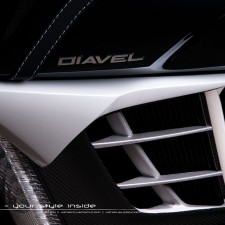 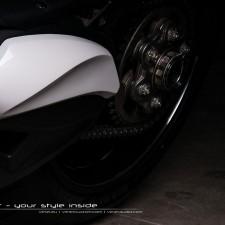 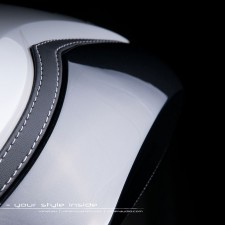 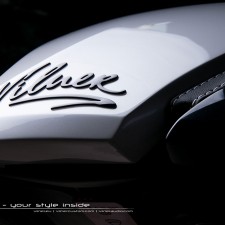 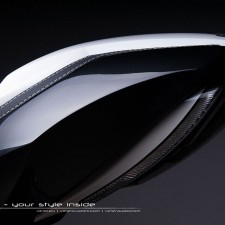 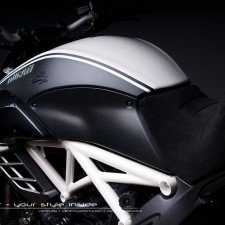 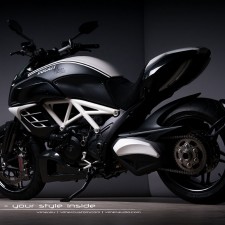 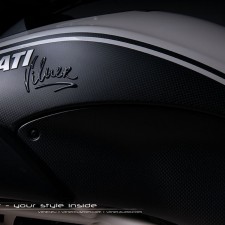 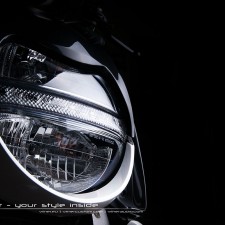 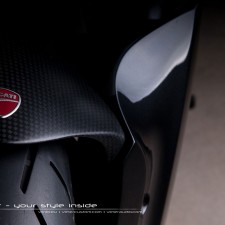 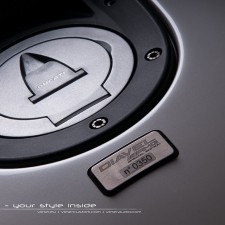 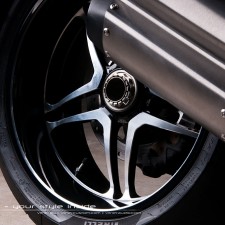 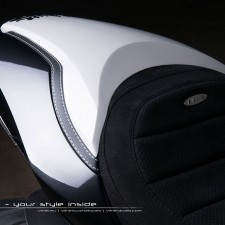 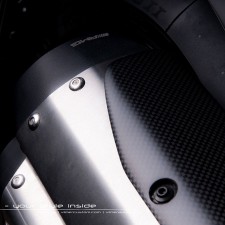 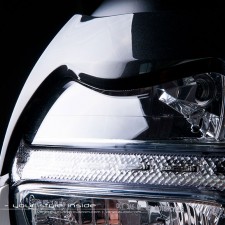 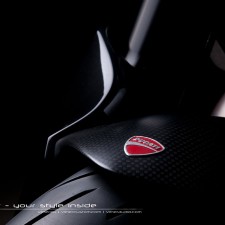 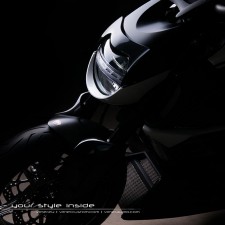 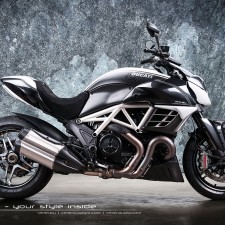 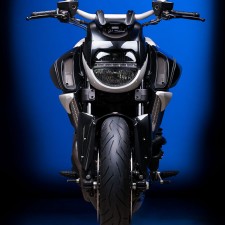