VIDEOS: smart Changes Course for the new fortwo…or Does It? 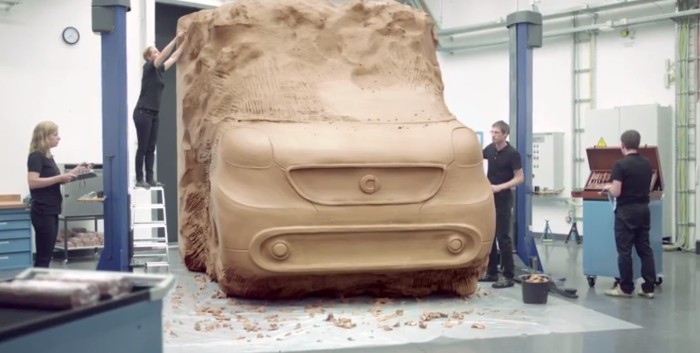 Model bloat – the name given to the phenomenon whereby a particular car in a company’s portfolio gets bigger and heavier with each successive generation – has reached pandemic status within the auto industry. In fact, it’s gotten so bad that many automakers have had to introduce new entry level models (see Mercedes-Benz CLA, Audi A3, BMW 2 Series, etc.) to slot in below their now-chubbed-up previous bottom rung inhabitants. It’s getting pretty silly, really…

But now, the silliness has reached its zenith…or at least that’s the conclusion one would reach if he or she was to take these spoof videos from smart at face value. In them, representatives of Daimler’s microcar brand give all sorts of zany justifications for embiggening the new third generation smart fortwo to downright Unimogian proportions. They even doubled down on the gag by putting together a second video, highlighting the reactions and experiences of consumers (who are, alas, almost certainly actors who are in on it) taking part in market research for the new jumbo-sized city car.

Thankfully, this is all just a ruse, as the new smart fortwo (and its new long-wheelbase, four-door sister, the forfour) will remain tiny on the outside, particularly by U.S. standards. They’ll also reportedly do away with the brand’s terribad automated manual transmission (Praise Dr. Z and pass the sauerkraut!). We and you will get our first look at these new urban runabouts this coming Wednesday, though we already predict you won’t have to look through the top half of the steering wheel to see where you’re going.