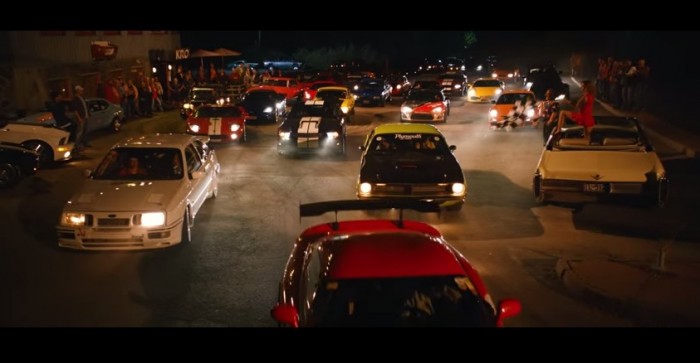 If there’s anything that the Fast and Furious movies have taught us, it’s that the cinema-visiting hordes have a seemingly eternal appetite for action movies centering around hot cars being pushed to (and beyond) their limits. Why else would there have been six installments of the saga made thus far, with at least one more on the way? Or the occasional imitator that’s so horrific its makers are immediately made the subjects of a UN human rights violation investigation (Hello, Redline and Need for Speed!)? Point being, the street racing/car action flick goose is still laying golden eggs.

So fertile is the market, apparently, that a gaggle of Norwegians (the inhabitants of Norway, not the cruise ship people) have put together their own high octane blockbuster, the trailer for which you can see here. It’s called Børning, which apparently translates to something relating to burning (as in rubber), though Google Translate seems unconvinced. Anyhow, the movie seems to center around a cross-country race, with the requisite chiseled-jaw protagonist and chrome-domed, hairy-faced villain (because, as everybody knows, nothing says evil like a goatee). But instead of the narrow selection of exotics and ‘roided-up muscle cars found in most recent American-made street racing movies, Børning features an eclectic mix of rides, including a Ford Sierra RS Cosworth and a third-generation Pontiac Trans Am, as well as some of the usual suspects (E92 M3, Ford GT, drift-spec Toyobaru, etc.).

It hits theaters in the homeland of Ylvis on August 13th, and we hope a version with English dubbing and/or subtitles is in the pipeline.