Over the last few years, Volvo Trucks has been on a marketing roll, releasing some truly memorable videos extolling the virtues of their heavy haulers’ high tech features. Whether it’s a hamster demonstrating the ease with which a truck can be steered or an action star who had spent quite a while out of the public eye utilizing the stability of a dynamic steering system to perform his signature move in truly epic fashion, the Swedish truck manufacturer’s marketing department does quirky and clever like few others can. But just when we thought they couldn’t possibly top themselves, it looks like they have. 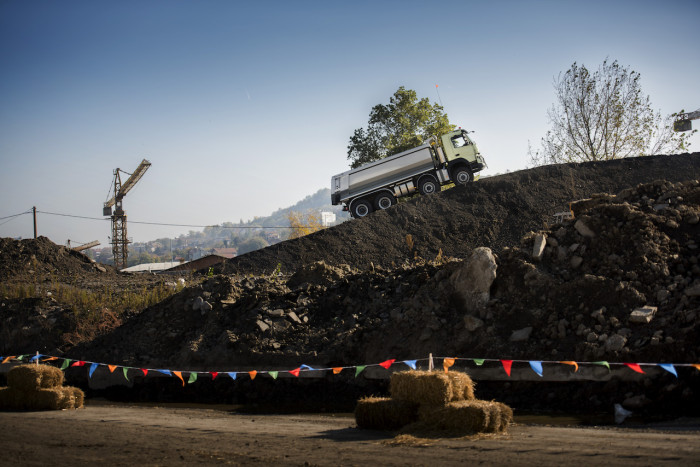 For this latest video, Volvo Trucks fitted one of its new FMX models – weighing 18 metric tons and equipped with a dump bed and Automatic Traction Control – with the equipment needed to be able to drive it via radio control. Then it set up an obstacle course chock full of hazards (including deep water and mud holes, a hill climb and a massive, heavy crate swinging from a crane) through which the 1:1 scale R/C dump truck would be driven. And who would do the driving? 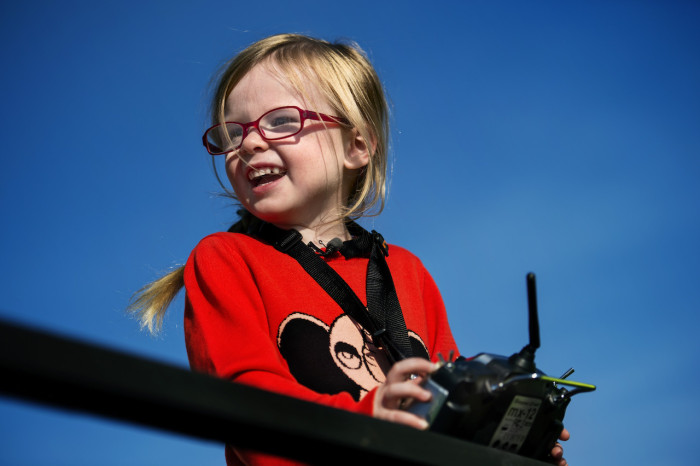 That would be one Sophie Brown (ABOVE, radiating adorableness), a bespectacled four-year-old British lass who, as you can imagine, isn’t the tidiest driver there is. Luckily, the FMX is built to take punishment from pilots of all ages. Straddling a k-rail? Sure. Tumbling down a hill? No sweat. Driving through a house? As it turns out, yes! Maybe this is the future of new vehicle torture testing…though many countries would have to amend their child labor laws to make it possible. But if the kids are having as much fun as Sophie did, can it really be called “work?”