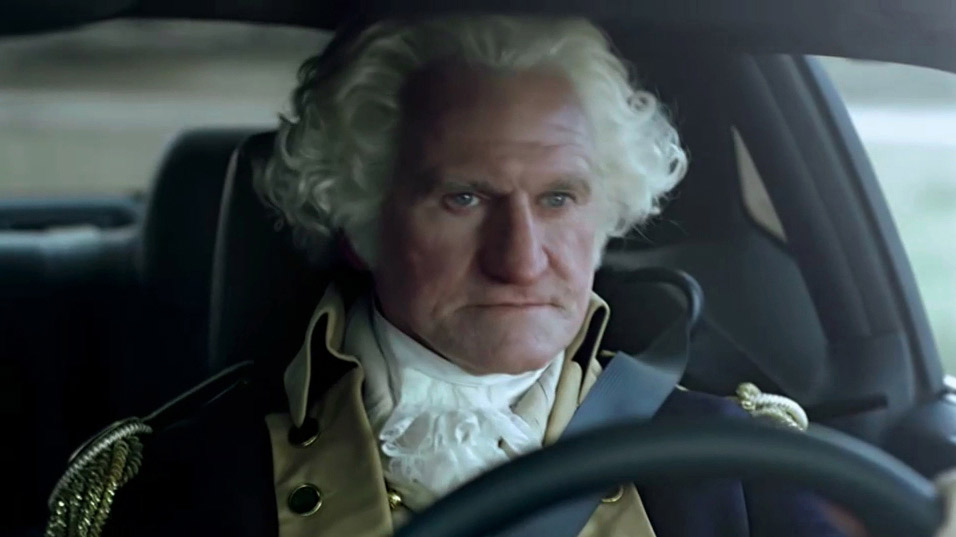 With Independence Day less than a month away, it’s not surprising that the founding of our nation is on many people’s minds. It would appear that Dodge’s ad agency of record is part of that group. Why else would it have made a TV spot depicting the Father of Our Country leading his troops into battle at the wheel of a Challenger?

This ad is doubly timely in that Washington and Co.’s foes are the British Redcoats, to that point in history the most successful and feared army on the planet. Guess who’s Team U.S.A.’s first opponent in this year’s World Cup on Saturday? That would be Great Britain, the same matchup that, in the 1950 World Cup, saw the Stars and Stripes topple the Union Jack 1-0 in the game many sports historians call “The Miracle on Grass.” Wanna see more Yanks schooling Limeys on sod? Hop the jump to watch the commercial.

Now, we’d be remiss if we failed to remind you that the current Challenger is built in Canada, which is independent from the U.K. but still has allegiance to the Crown. That inconvenient nugget of irony notwithstanding, you’ve got to admit it’s a pretty clever spot. And the narration from Dexter hisownself, Michael C. Hall, is pitch-perfect as ever. We just have one question: If England wins tomorrow, should we expect a War of 1812, capturing and burning of Washington, D.C.-themed advert from Jaguar or Land Rover rubbing our collective noses in it?