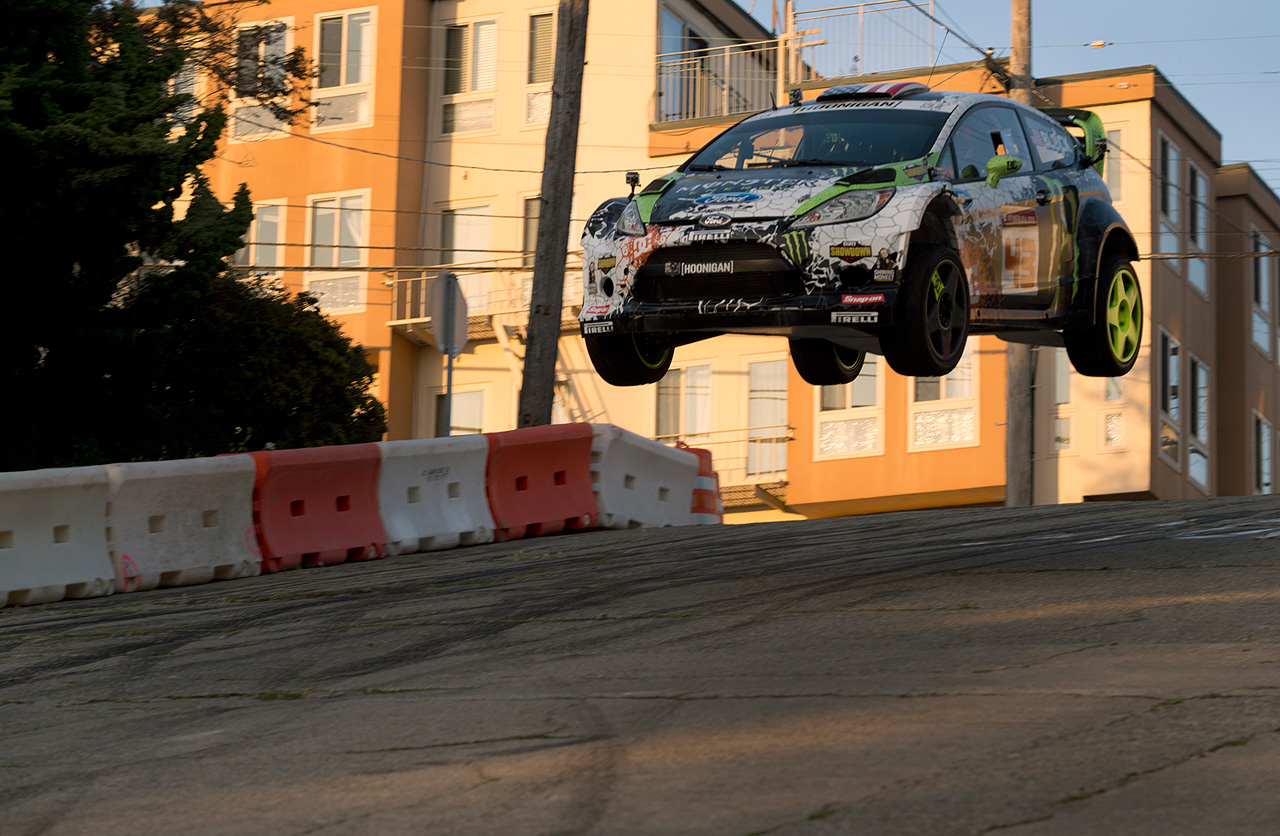 Way back in Aught-Eight, when DC Shoes cofounder and budding rally driver Ken Block released a video of him bombing around the former El Toro Marine Corps Air Station deep in the heart of Please-Don’t-Call-it-the-O.C. in his gymkhana-spec Subaru WRX STI, we doubt even he knew just how big a chord it would strike with the outside world. Millions upon millions of views and three full-fledged sequels (plus a switch from Subaru to Ford) followed, and every time the question arose: “How’s he going to top the last one?”

Some will argue that he hasn’t always improved with each subsequent video, while others will maintain that he has. Regardless of which sentiments you hold, Kenny B has just released the fifth chapter in the Gymkhana saga and, if nothing else, it’s certainly the most ambitious one yet. How so? Well, it involved closing down parts of a major American city (one that tends to look down its nose at cars, at that), for starters.

Yes, the locale for Gymkhana Five is the bucolic City by the Bay: San Francisco, California. We shudder to think how many hundreds of reams of paperwork had to be filled out to make all these vehicular hijinks possible, but the end result is some spectacular hoonage on landmarks like the Bay Bridge, the Financial District and Twin Peaks. There’s also buckets of sideways action in residential areas, as well as leaps over intersections that are long enough and high enough to make the ghost of Bud Ekins stand and cheer.

And let’s not forget the cameo by Block’s fellow Global RallyCross star and DC-sponsored racer Travis Pastrana. The shooting of this video was actually Pastrana’s first time back on a motorcycle since his crash landing in the Moto-X Best Trick competition in the 2011 X-Games, but you wouldn’t really know it by the lengthy stoppie and wheelie he was able to lay down as Block orbited him in his 650hp, AWD Ford Fiesta. 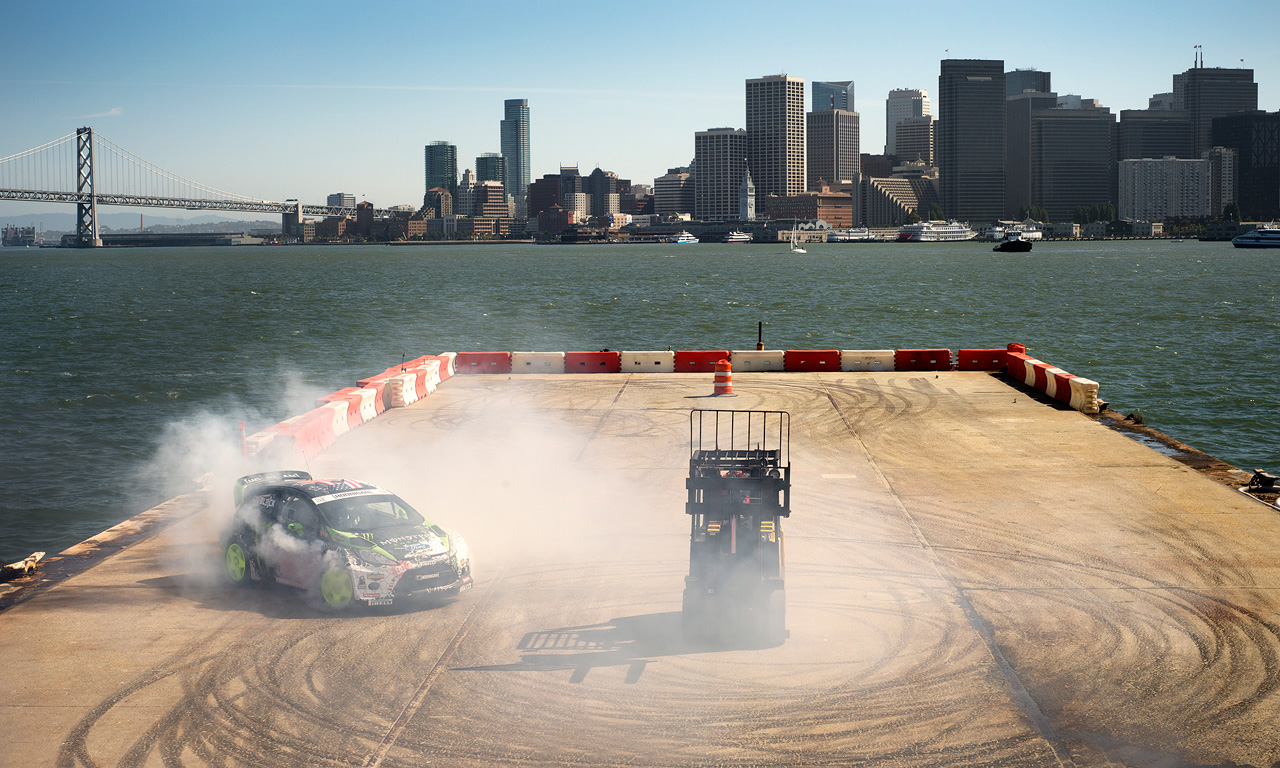 Criticisms? We think the use of faux cable car buses instead of the real deal is rather lame, but the city fathers probably refused to okay putting their roving tourist attractions in harm’s way (or at least, more than normal everyday motorists). Then again, considering how the real cable cars work, modulating their speed and spacing would have been a tall order. We also would have liked to see at least one Bullitt reference/inside joke thrown in; maybe a constantly reappearing Volkswagen Beetle, or a random hubcap rolling across a shot? If you ask us, it was a golden (Gate?) opportunity blown.

One the whole though, we’ve gotta give Gymkhana Five a thumbs up. It’s easily better than the previous one and, objectively, probably better than the third, though as motorsports history nerds, we’re quite partial to Gymkhana 3’s artful use of the Autodrome de Linas-Montlhéry. At any rate, we and, presumably, everyone else who has followed the Gymkhana video series, have to wonder where Block and Company can possibly take the franchise next. Or if they even can or want to; maybe the use of Europe’s “The Final Countdown” in one of the teaser trailers for Gymkhana Five offers a hint. Regardless of what comes next, it’s been a fun and amusing ride, and we think everyone who likes cars and goofing around with them owes Mr. Block and friends a debt of gratitude.