VIDEO: Jon Olsson Slithers up a Ski Slope in His Rebellion R2K 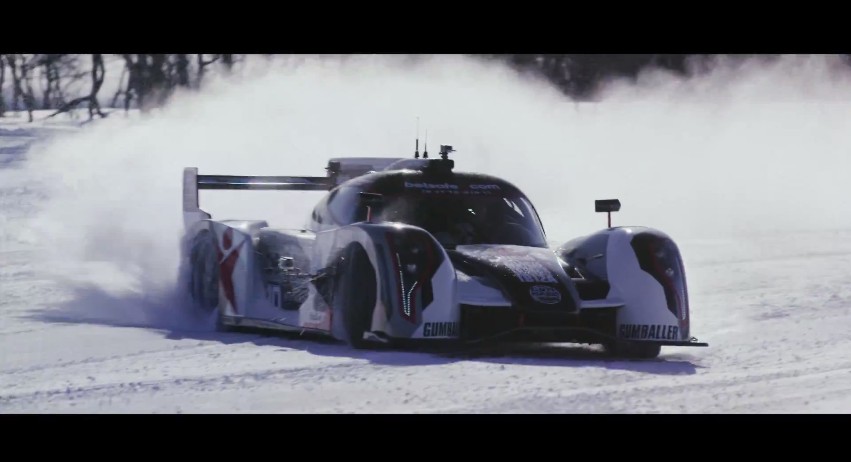 Just a shade over two years ago, Swedish skiing ace Jon Olsson and PPI Design took the wraps off the former’s blacked-out, ski-box-equipped Audi R8 V10. This was a follow up to Jon’s similarly-outfitted Lamborghini Gallardo. So it’s safe to assume that Jon not only loves supercars, but he loves being able to use them to get himself and his gear to and from the slopes.

However, when we heard him announce the Rebellion R2K – a street-legal, Ultima GTR based Audi V10-powered Le Mans Prototype look-alike created in collaboration with Rebellion Racing Team, one of the top non-factory prototype teams in the FIA World Endurance Championship – and was planning to drive it in this year’s Gumball 3000, we figured that was all there was to the story. After all, unlike his Audi and his Lambo, the R2K is rear-wheel-drive only, with even less ground clearance to be had. But, as you’re about to see, Mr. Olsson had other ideas.

Anyone hiking through the winter wonderland of Storlien, Sweden recently probably did a double-take (if not a triple-take) upon seeing what looks like an LMP race car sliding and shimmying its way up a snow-covered hill. And we can’t even begin to imagine what that person would have done when Olsson zoomed past a hulking-great snowcat!

But why did Olsson do this? Officially, it was for “high altitude training” for the aforementioned Gumball 3000, which will make its way across Europe come June. In reality, though, we think it was just for yuks and/or to see how far the R2K would get before getting stuck. In any case, mad props to you, Jon.