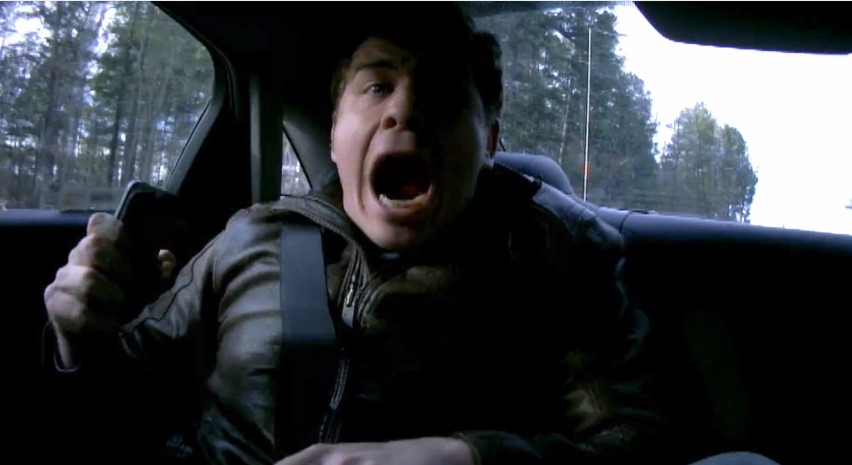 About 50 weeks ago, the soda sultans at Pepsi got together with four-time NASCAR Sprint Cup Series champion Jeff Gordon – who they have sponsored for nearly two decades – to produce a viral video promoting their Pepsi MAX brand. In it, Jeffy G is disguised as a random middle-aged schlub who shows up at a car dealer and talks an unsuspecting salesman into letting him test drive a used Chevrolet Camaro. If you don’t remember what happened after the duo set off, you can refresh your memory here. It’s okay; we’ll wait.

Welcome back! Now, it was pretty obvious to us (and anyone else with at least two proverbial sticks to rub together upstairs) that that original video was, to use the current(-ish) vernacular, hella scripted. We’d like to think we were rather diplomatic in our calling out of that fact; we certainly didn’t sharpen our tongues to the same extent that one of our esteemed colleagues, Travis Okulski of Jalopnik, did. Well apparently, Pepsi and Driver 24 didn’t take that ribbing very well. In response, those two parties got together with Okulski’s former boss, Ray Wert (who has since jumped over to the marketing side of the fence) to show Travis what’s what, as it were. Here is the result:

Now, it’s worth pointing out that this second video didn’t really do anything to refute the claims Okulski and others made against the first, but it doesn’t appear nearly as staged (for one, it actually shows Gordon driving the car). That being said, we aren’t sure it would have taken us as long for our suspicions to be aroused. For starters, the plausibility of a Chevrolet Caprice PPV already being mileaged-out by a law enforcement agency (the only party allowed to buy one) and passing into the hands of a taxi company is, at best, miniscule.

In any event, it certainly looks like Travis had the wool pulled over his peepers. Will this video sell more soda, or gain one of the NASCAR garage’s elder statesmen (something that physically pains us to say, having grown up watching him as a mustaschioed, mulleted youth flinging sprint and midget cars around small ovals across the country) more fans/Twitter followers? We don’t know. But we do know it’s unlikely you’ll be asking for those 5 minutes of your life back.