VIDEO: Guerlain Chicherit Backflips a Mini Countryman, because Why Not? 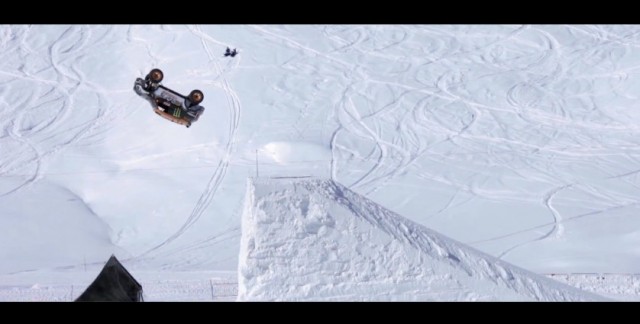 Despite standing under the same corporate umbrella as straight-laced BMW and Rolls-Royce, Mini has managed to remain cheeky, irreverent, and largely unaffected by the trappings success. Can you think of any other automaker that would have responded to accidentally flooding a fan’s email inbox by mailing said fan a sincere mea culpa and an actual can of Spam? We certainly can’t.

We also can’t think of a carmaker other than Mini that would put its marketing might behind an attempt to backflip a car and (hopefully) land on all fours on a ramp made of snow. Yet that’s exactly what the pint-size car pusher has done, teaming up with French stunt driver Guerlain Chicherit. So did Chicherit and his Mini Countryman X-raid (the same type of vehicle Stephane Peterhansel used to win last month’s Dakar Rally) stick the landing? Click through and find out!

So our mustachioed chauffeur returned to terra firma shiny side up, but how did he and the crew manage to get the Mini to invert? Well the video doesn’t really show it, but we believe the steel launch ramp had a movable flap that helped initiate the rotation. Obviously, it worked quite well. And the fact that Chicherit is also a freestyle skiing champion and, consequently, quite used to flying through the air while inverted, probably didn’t hurt either.