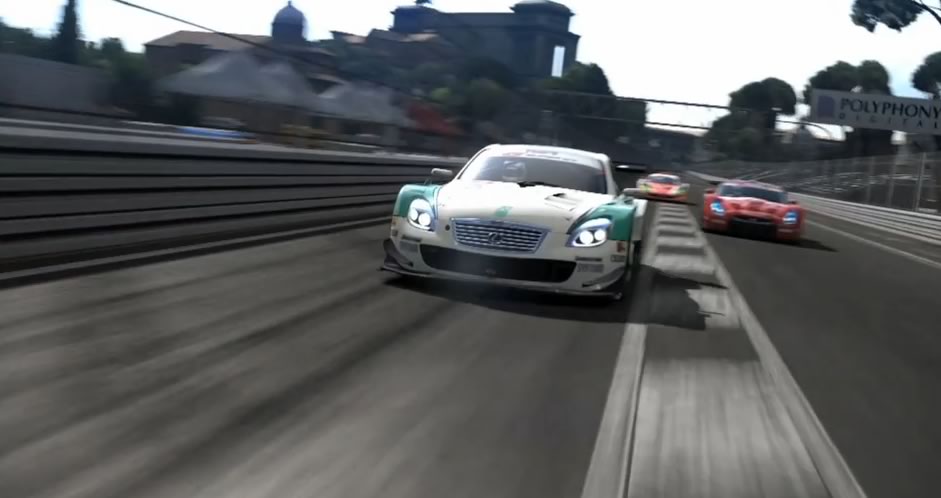 One of the unfortunate truth’s about the blockbuster racing game Gran Turismo 5 is that, if it were a spouse in couple’s therapy, its mate would almost certainly describe it as “distant” and “uncommunicative.” Other than a few updates here and there (some from series creator/director Kazunori Yamauchi, some not), the gestation of the latest and rumored-to-be greatest installment in the groundbreaking franchise has been kept under more wraps than a sumo wrestler attending a toga party where deep-fried Double Downs are merely the appetizers.

However, with the gimongous industry pow-wow that is the Electronic Entertainment Expo (E3 to its friends) kicking off tomorrow here in Los Angeles, Sony and developer Polyphony Digital have decided to throw the fans a bone in the form of a new GT5 trailer. Well, “new” in the sense there’s some heretofore unseen clips of tracks on the streets of Rome and the hills of Tuscany. Mixed in with these vignettes are previously seen looks at the likes of the Mercedes-Benz SLS AMG and the Ferrari 458 Italia, as well as NASCAR at Indianapolis and Super GT at Tsukuba Circuit. Make the jump to see it all in glorious motion.

Now you’re probably asking, “Is this all Yamauchi-san is gonna show tomorrow?” We’re betting no, since there has already been confirmation of 3D support and rumors of support for the PS3’s new motion-based control system, PlayStation Move. And we’ve yet to see the latest version of the damage model in action.

Besides, we’re thinking Kaz and crew want to at least match (if not surpass) the level of shock and awe provided by last year’s E3 trailer, which – we Number Two you not – had us screaming like a schoolgirl who just got sneezed on by Justin Bieber the first time we watched it. As for an absolute we-mean-it-this-time release date being announced? File that under “definitely maybe.”