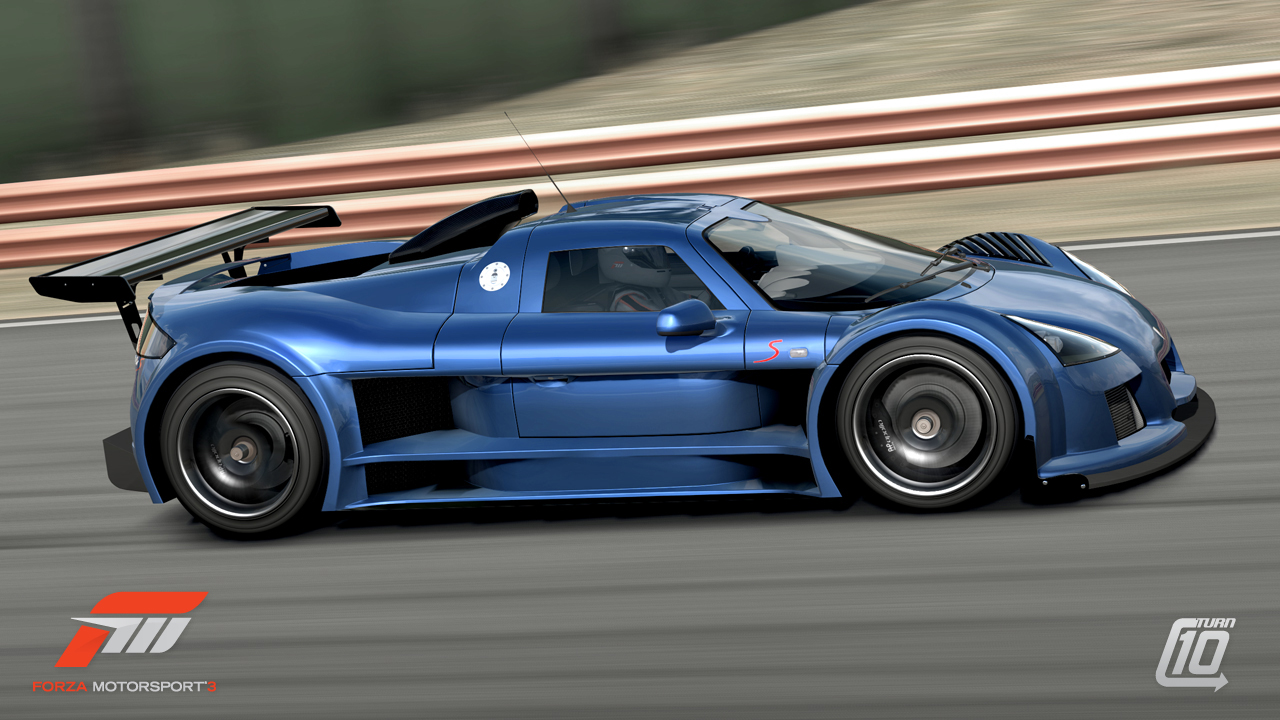 Historically, one of the criticisms leveled at Turn 10 Studios’ Forza Motorsport franchise has been that it didn’t give much love to the more obscure boutique automakers of the world relative to the big dogs. That’s been rectified with the downloadable Forza Motorsport 3 car pack for the month of May, which features 10 rare, unusual, and oh by the way, scorching fast supercars.

Two of the ten cars – the Devon GTX and the Spada Codatronca TS – are polarizingly-styled coachbuilt specials based on ground-pounding American sports cars (the Dodge Viper and Chevrolet Corvette, respectively). The remaining eight are built from the ground up: the stylish Spyker C8 Laviolette LM85; the wild child Gumpert Apollo S; the twin-turbo and tail-happy Rossion Q1; the BMW M5-powered, neo-Austin-Healey Weismann GT MF5; the thunder from Down Under Joss JT1; the sleek American Mosler MT900S; the pigmy LMP1 racer Radical SR8; and the all-American Veyron-stomper, the SSC Ultimate Aero. How do these monsters look and sound in action? Make like any of these cars at the Nürburgring’s Pflanzgarten corner and jump!

How much will it take to acquire this collection of lesser-known implements of hoonage? Just 400 Microsoft Points, which equates to $4.99. That’s not a bad deal, particularly since the odds of even seeing most of them, much less taking them for a spin, in real life are next-to-nil for most of us. Who says video games are useless?