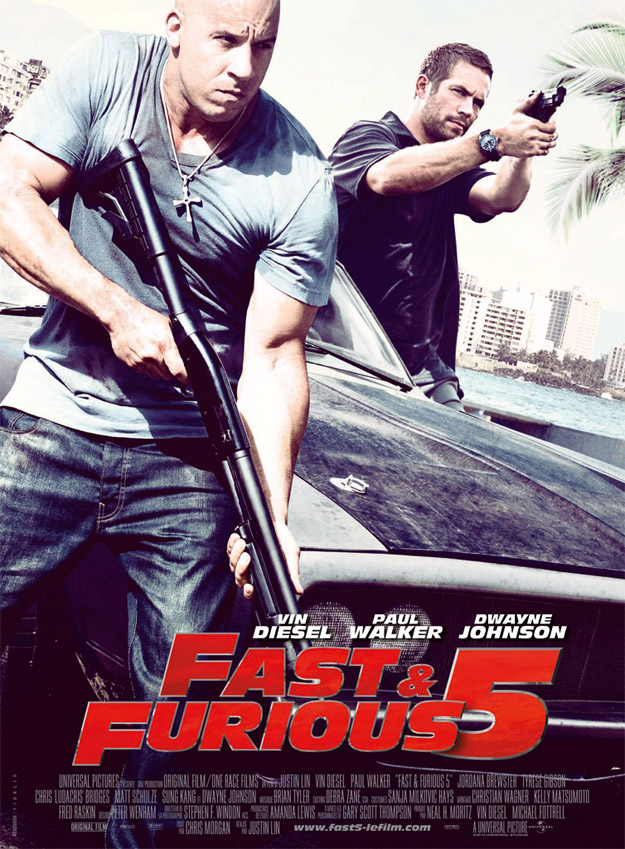 Ah yes…  America’s favorite franchise car film is returning for its fifth installment. All the usual suspects are coming back for Fast Five including the dynamic duo of Paul Walker and Vin Diesel who will be joined by Tyrese “Dammit Brian” Gibson, Jordana Brewster, Matt Schulze, Gal Gadot, Tego Calderon, Don Omar, Ludacris and Sung Kang, who has made a miraculous recovery after being blown-up and torched in Toyko Drift, a feat which has not gone unnoticed.

The plot of Fast Five centers around the this crackerjack crew of car junkies with compelling interpersonal issues all brought together for one final job. If you recall, in the last go-round, Brian and Mia sprung Dom from the big house and have been on the run every since.

Pictures from the Fast Five Film:

This time, the team is pitted against a corrupt businessman who wants them all wiped off the face of the earth. Additionally, their troubles are compounded by a Fed, Dwayne “The Rock” Johnson, who will do everything in his power to stop them (in between his workout sessions and trips to GNC). A new location is in full effect, Rio de Janiero, which makes for a colorful backdrop for high-performance cars defying the laws of gravity. That said, filming actually took place in many different locales.

Cudos to Vin Diesel for his reported $15 million payday for his staring and producing roles. You can check out the movie’s website here: http://www.fastfivemovie.com. The film is set to be released on April 29, 2011. It doesn’t look like 3D is in the mix, but IMAX is a definite go. The list of rides include: