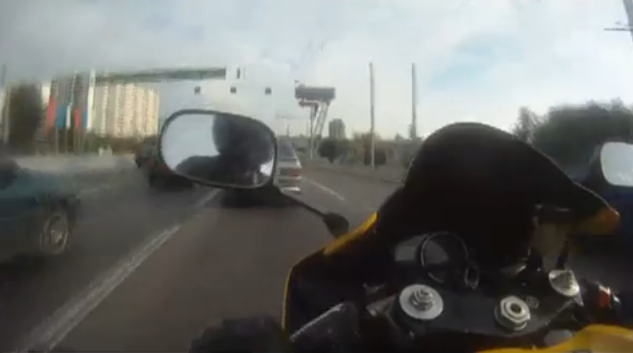 Owning a bike like the Yamaha R1 immediately temps one to throw common sense and rational thought out the window, replaced with sheer adrenaline and a fearless kamikaze attitude. But that doesn’t mean one should give in… That said, most motorcycle riders fall somewhere along the continuum between safe and cautious and sheer insanity. Our comrad in Moscow, featured in this video, is very much in the latter camp.

Lane splitting is common place in cities such as LA (where it is legal), but even the most confident bikers take head during rush hour traffic, waiting patiently for the opportune time to make a go. This guy takes things to a whole ‘nother level of the game, even rolling between outbound and inbound traffic. Toss in a few wheelies for good measure, a couple mirror taps and a wanton disregard for the laws of probability and we have an amazing video. Seeing is believing… Check it out after the jump.