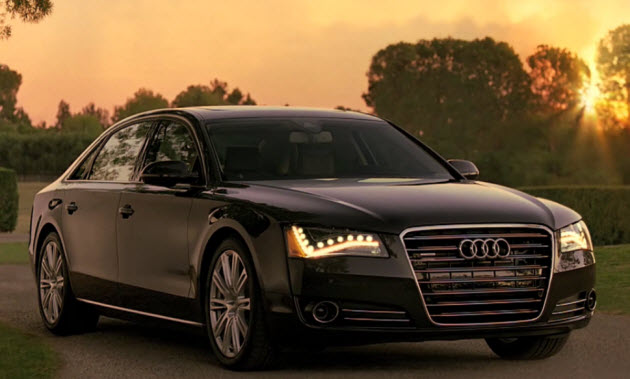 Super Bowl XLV is still a fortnight-and-a-half away, but you can bet most (if not all) companies that have purchased advertising slots during the broadcast already have their commercials in the can and ready to go. Naturally, most advertisers want their spots to be a surprise right up until they flash onto our TV screens, but some are willing to unleash their manifestos early.

One such company is Audi. After three successive years of clever, memorable Super Bowl adverts (though we must confess that while we really, really dig the A3 TDI, last year’s effort was frankly a bit off-putting, having shown a world that seems all too plausible, particularly if you’re one of our fellow Californians), the German nameplate rolls into the 2011 edition of the big game still beating the same drum it was back when its 2008 ad premiered: Old luxury is dead. How’s Ingolstadt getting the message across this year? Jump!

While riffing on the popular children’s book Goodnight Moon probably isn’t the most obvious choice for a car commercial (or any commercial, for that matter), it’s hard to argue with the manner in which it was utilized. The visuals are Lifestyles of the Rich and Famous cranked to 11, meant to suggest that wretched excess and opulence on top of decadence are out. We can’t help noticing how well this message dovetails with the lingering global economic funk, in addition to Audi’s current modus operandi.

What would that be? Smart luxury, typified by an emphasis on technology and engineering plus styling that’s purposeful yet restrained in the classic Teutonic mold. At the risk of sounding like victims of advertising (We’re genuinely shocked that there are not yet lawyers specializing in that field. What would their ads even sound like? “Hi, I’m Danny Berkowitz! Have you or someone you loved bought some crap you really don’t need solely because of some flashy commercial? Call me at 1(888)…”), we really can’t argue with any of that, especially when it shows up on an A8 in the form of things like an aluminum spaceframe, all-LED headlights and a stonking V8 matched with Quattro all-wheel-drive.

By the way, it wouldn’t be entirely crazy to assume we’ll have all the other car companies’ Super Bowl XLV commercials collected in one handy post, just like last year. Consider yourselves warned.