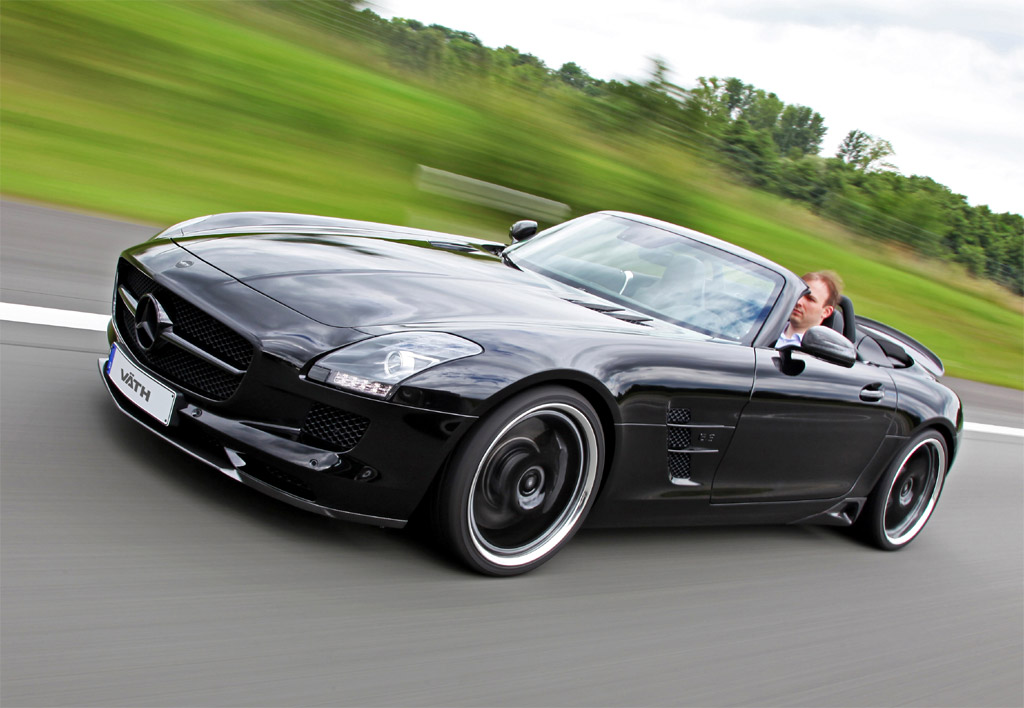 The Mercedes-Benz SLS AMG Roadster is, in case you never got the memo or accidentally deleted the memo along with the 853 Nigerian scam and male enlargement product emails that were clogging your inbox, one of the baddest convertibles on the market today. The 6.2L V8 makes all kinds of wonderful noises and, because it’s mounted ahead of the cockpit, you get to hear lots of it. Lower the fabric top, and exponentially more of the menacing motor’s music floods the cabin.

Unfortunately, that music won’t sound quite as melodious if you roll into the parking lot for the next Cars & Coffee meetup and spot three other SLS AMG Roadsters. Actually, it will still sound the same; you’ll just be too busy suffocating under the crushing depression of knowing you do not have the only copy of Mercedes-Benz’s fastest and priciest convertible in the area to notice. But there is hope. It’s not a little happy pill, but it is a Sam’s Club sized tub of upgrades from Vath. 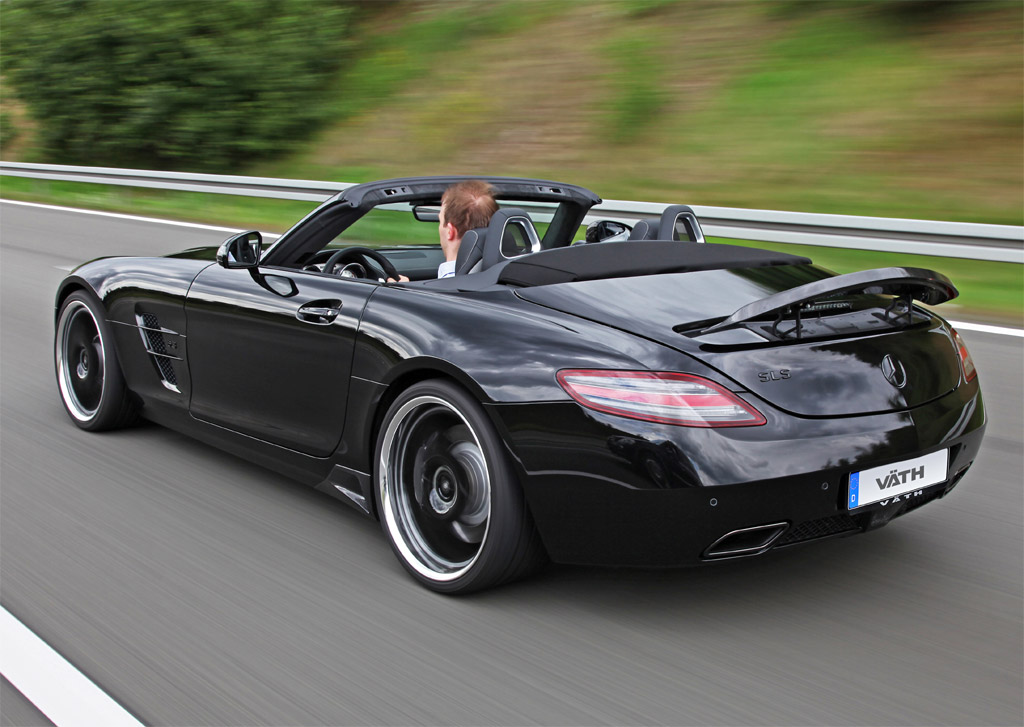 Aside from the obvious blacked-the-frack-out body and trim treatment, Vath adds a new front splitter, side skirt extensions and pop-up rear spoiler, all of which are made of unpainted carbon fiber. A set of Vath’s own 20” wheels (mated with Advan tires) are bolted on, and new adjustable springs and dampers are fitted to the suspension and work in concert with the stock AMG Ride Control System. The new parts allow the driver to lift the nose 1.6” to clear speedbumps and the like, or lower both ends between 0.8” and 1.8”. Interior upgrades include carbon fiber trim pieces and a 400 km/h (249 mph) speedometer.

The top number on that speedometer is a little optimistic, but not as much it would be on a stock SLS. As you might expect, Vath installs a freer-flowing exhaust system and airbox and remaps the ECU. What you might not be expecting is the addition of a supercharger. The result is 691hp and 627 lb.-ft of torque, increases of 128 and 147, respectively, over factory standard. To cope with all that extra muscle, Vath has upgraded the cooling systems for both the engine and the 7-speed dual-clutch transmission. 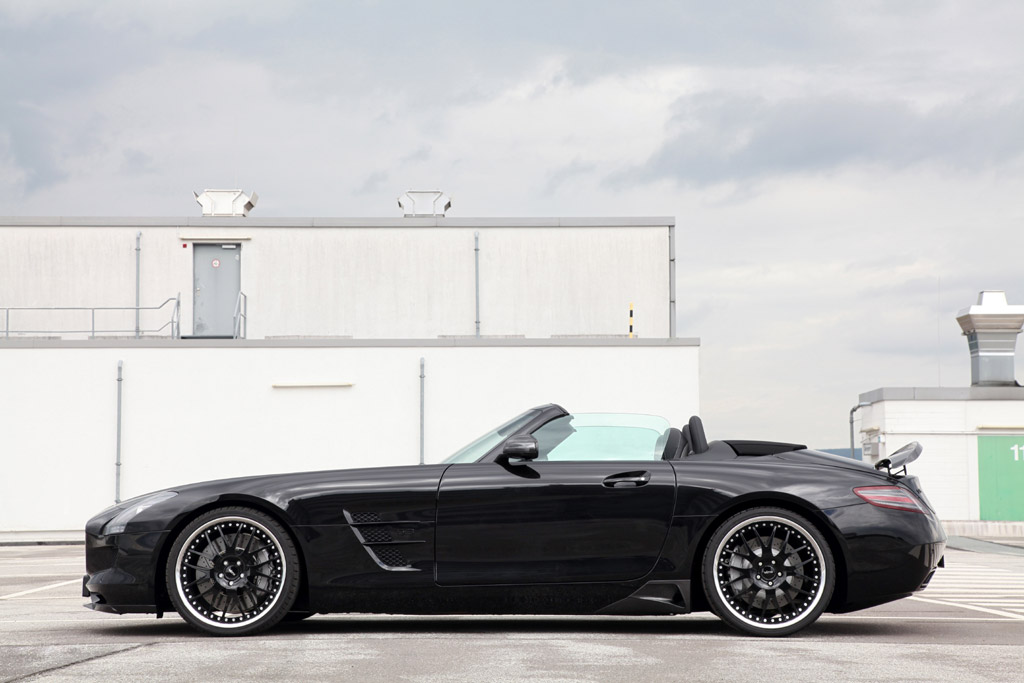 Your kids’ college fund is also donezo if you send your SLS AMG Roadster to Vath. The retail price (including Germany’s valued-added tax) for all of the equipment seen here is roughly $104,000. Add that on top of the purchase price of an SLS ragtop and you arrive at a number that could get you something more exclusive and heavier duty than a stock SLS. But rolling up in a stock Ferrari or Lamborghini is a mark of an amateur. But a boosted, murdered-out SLS AMG Roadster? That’s doing it right.