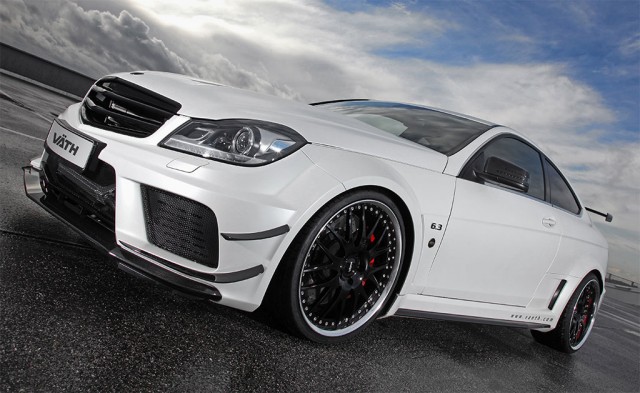 Back in June, German tuner Vath pulled the wraps off a ravishing red, de-winged Mercedes-Benz C63 AMG Black Series Coupe. We were (and still are) smitten with its looks, but not as smitten as we are with the upgrades Vath made under the hood. The addition of a supercharger and other engine upgrades turns this muscular sport coupe into a genuine supercar fighter.

Since then, Vath has built the C63 AMG Black Series Coupe you see here. As you can see, quite a bit on the outside has changed compared to the red example of six months ago. But all the important stuff underneath remains, with the addition of one extra treat. 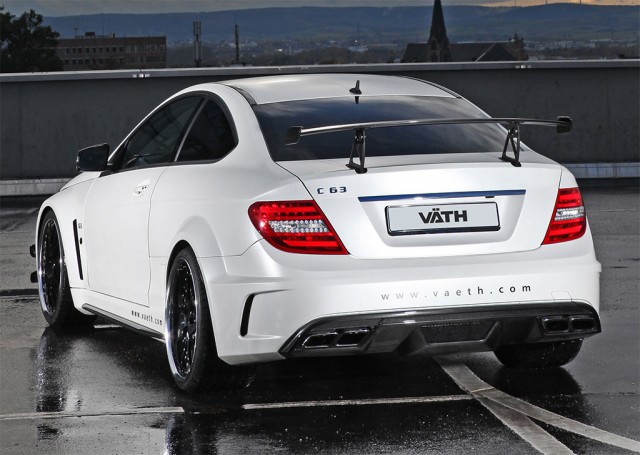 First, however, we’ll address the matter of the exterior. Semigloss white paint takes the place of gloss red, and the DTM-inspired front dive planes and rear wing of the stock Black Series is left in place. The wheels are 20-inchers like the June car, but they are finished in gloss black rather than satin black. Everything else – the sans emblem grille, stickers and Vath emblems – remains unchanged.

But what about that added treat we mentioned earlier? Well, that would be an adjustable suspension system. The driver can vary the damping and rebound settings, as well as drop the ride height between 0.8” and 2.6”. This revised suspension, plus 16” brake rotors, help make this mad Merc’s massive muscle manageable. 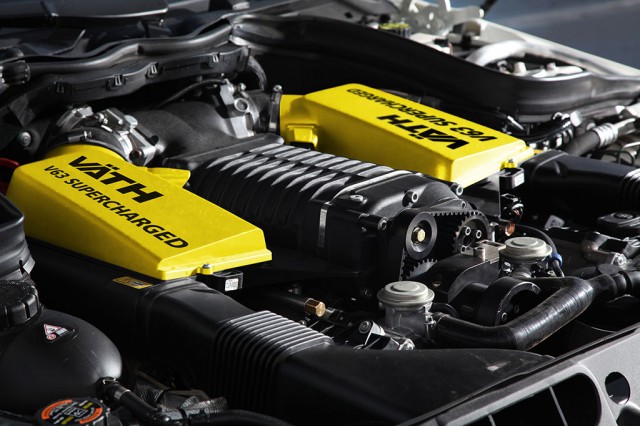 How much muscle are we talking? Same as the red car: 746hp and 590 lb.-ft from a now-supercharged 6.2L V8. Vath also took the time to reprogram the ECU, replace the exhaust system, and add an intercooler for the intake charge and a system to cool the fuel. Launch from a dead stop and you’ll be doing 62 mph in 3.6 seconds, and when you’ve maxed out in the highest of the gears in the wet-clutch 7-speed automatic transmission, you’ll be doing 218 mph. Wowzers.

Of course, with supercar performance comes supercar pricing. The grand total for all these upgrades is just a whisker under $65,000, plus the roughly $125,000 pricetag of a C63 AMG Black Series Coupe. That’s not cheap, but it will put a smile on your face, either by you flexing your facial muscles or the g-forces rearranging your face for you. 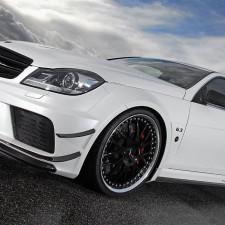 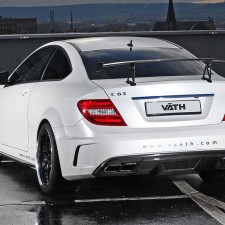 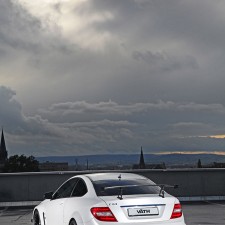 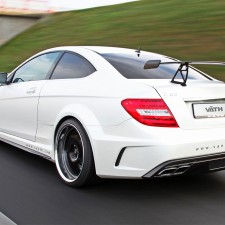 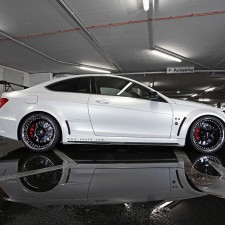 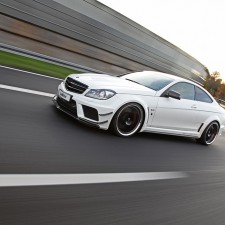 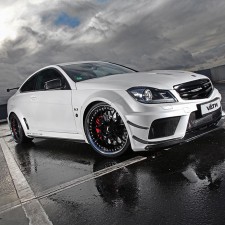 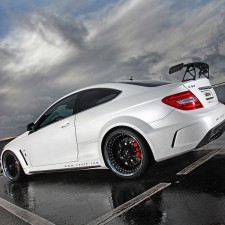 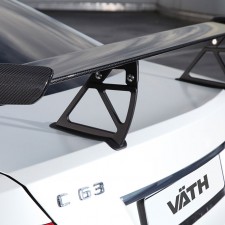 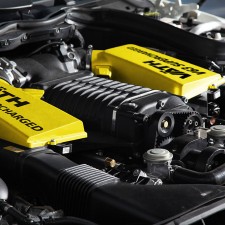 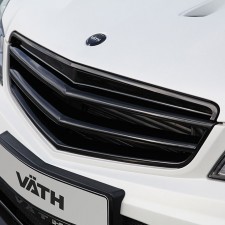