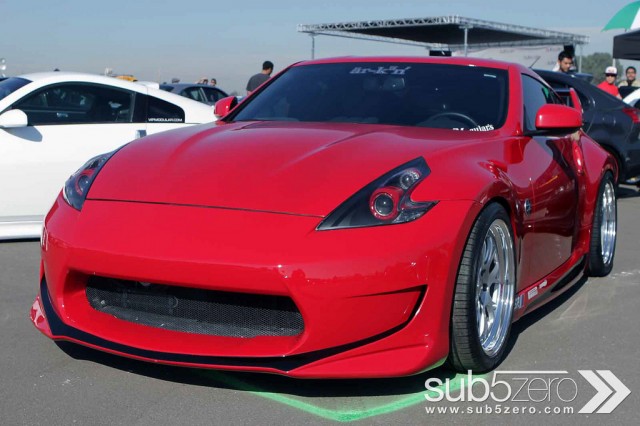 It’s an all-too-common problem: You buy a high performance car and, initially, you can’t spend enough time behind the wheel because it’s so much fun to drive. Then, little by little, the newness and novelty wears off. You start wondering how you could make your car accelerate faster, stop shorter, corner flatter, and look cooler.

Well, we want to take some of the guesswork out of upgrading some of the most popular sporting automobiles past and present, which is why we’re inaugurating a series of features we call Ultimate Tuning Guides. Think of them as roadmaps for modifying a particular make and model. They won’t cover every cool part and piece you can buy for a given car, but they will list ones with which you can’t go very far wrong. And the car that’s the focus of our first UTG? That would be the Nissan 370Z. 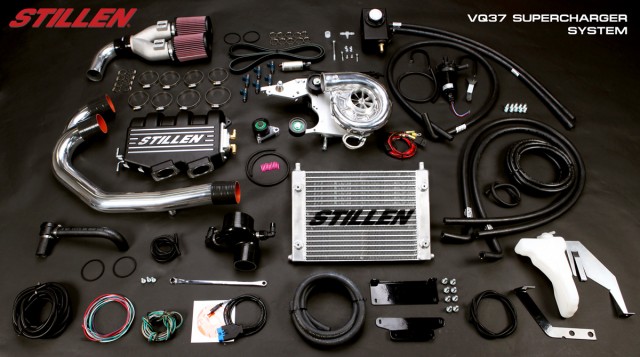 The 370Z’s VQ37 V6 engine hardly qualifies as weak, what with 332hp (or 350hp in the Nismo edition) and all. But if you crave output in the neighborhood of 500hp, you can’t do much better than Stillen’s centrifugal supercharger kit. For just over $6k, you get a Vortech V-3 supercharger, an intercooler, twin-throttlebody intake manifold, and all the other hardware you need to install it on your 370Z (or Infiniti G37). Plus, it fits under the stock hood, and it’s 50-state smog legal. 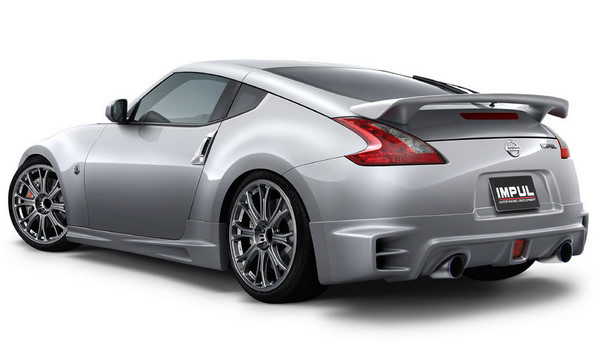 Design-wise, the 370Z is pretty darn athletic. Impul’s 934S V2.0 Body Kit bumps up the athleticism factor significantly, without costing a significant amount of money. The new front bumper, rear bumper and rocker panels are aggressively sculpted, and give the car a more hunkered-down appearance. Plus, there’s a rear spoiler that isn’t totally outrageous. 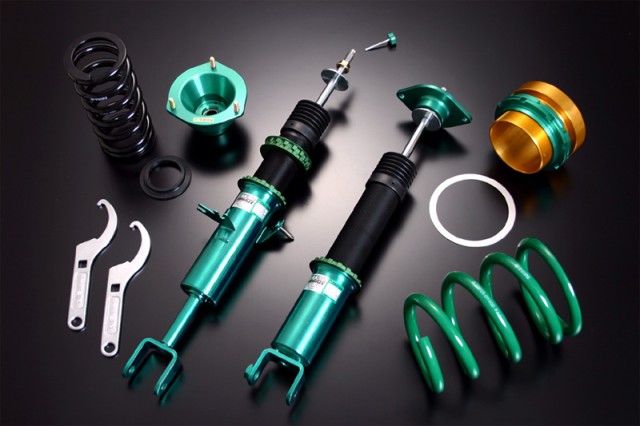 The stock 370Z suspension is nicely sorted, but it does make concessions to thinks like ride quality and idiotproofing the handling. This Mono Flex Coilover Kit from Tein has to make no such compromises. Its dampers feature 16-way adjustability, and allows for independent adjustment of spring pre-loading and ride height. 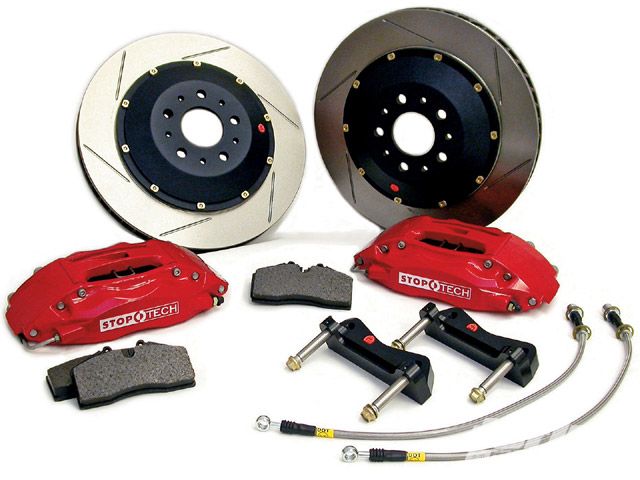 Making your 370Z faster and better handling is great, but unless you can scrub off that extra speed quickly, it’s not all that useful, is it? StopTech has a range of solutions in the form of its Big Brake Kits. Available with two-, four- or six-piston calipers (depending on specification which end of the car you’re talking about), the kit also includes StopTech’s AeroRotor discs, and new stainless steel lines. And in addition to the improved stopping power, they also look terrific. 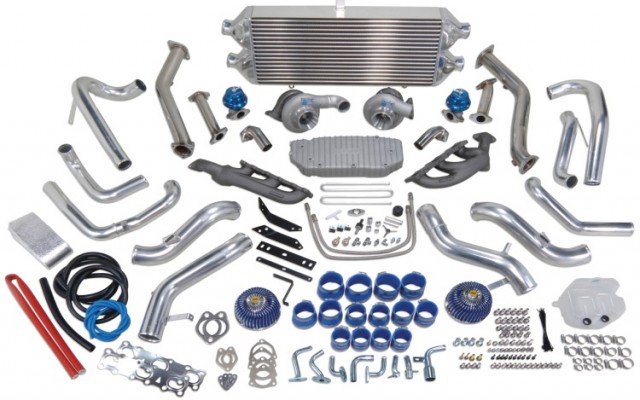 The last factory turbocharged Nissan Z Car was the Z32-chassis 300ZX, but that doesn’t mean you can’t turbocharge a newer Z. GReddy offers a twin turbo kit that extracts 535hp from the 3.7L V6, and does so with just 6.4 psi of boost. And if you’re willing to step up for major internal upgrades for the engine, GReddy says this same kit can yield up to 850hp. Yowza. 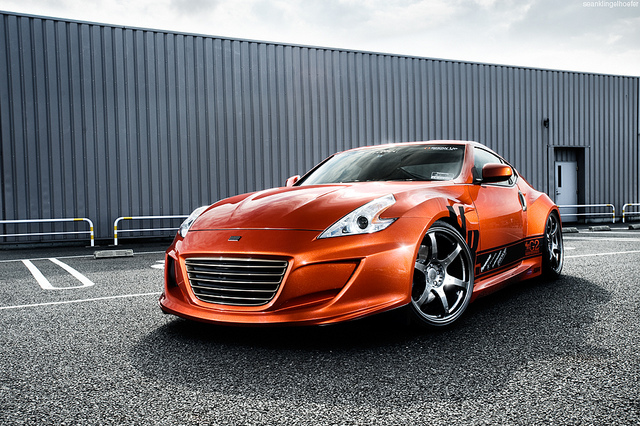 You say you don’t think the Impul body kit mentioned above is extreme enough? Check out Tamon Design’s Wide Body Kit. These straight-outta-Nihon panels make the front and rear fenders fatter (letting you fit wider wheels and tires) and the front and rear views much more distinctive. We really, really dig it. 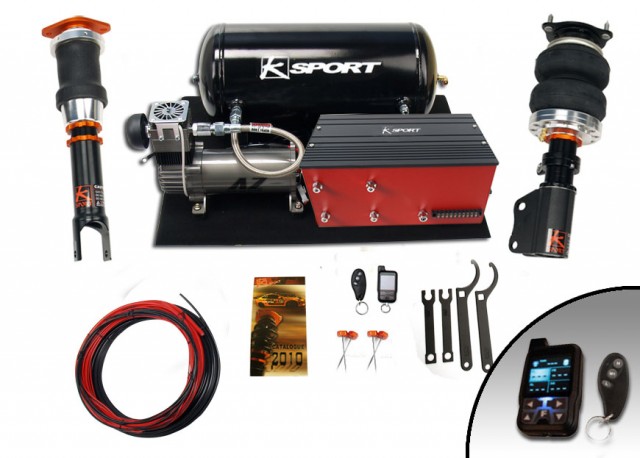 Want a car that’s really low, like touching-the-ground-when-parked low? Get yourself an air suspension kit. And air suspension kits don’t get much fancier than K Sport’s Airtech Pro Plus kit. There’s a dizzying array of adjustments, and you don’t have to change the stock shock absorbers or top mounts. Very nice. 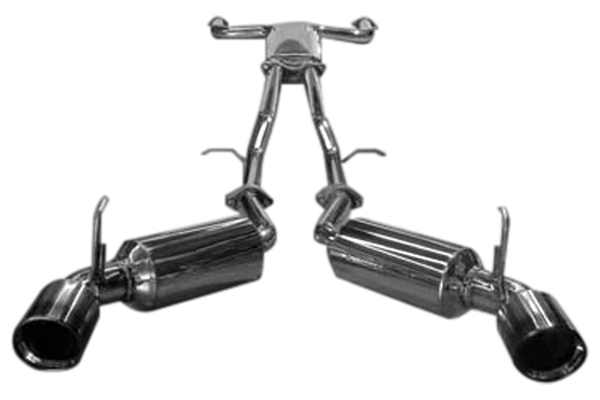 You can make a car look faster, and make it actually be faster, but unless it sounds faster, you’ll be missing out on a large chunk of the excitement. Injen has a stainless steel cat-back exhaust system that adds a sizable chunk of audible brio, as well as a bit of power (a claimed 14hp and 16 lb.-ft). It’s made in the USA, features genuine titanium tips. 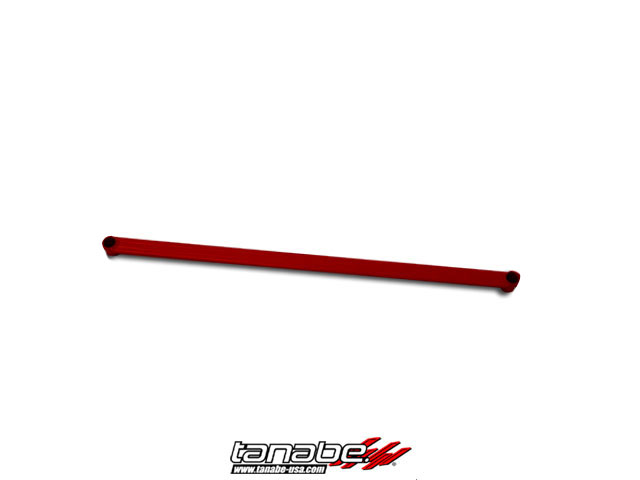 Upgrading a vehicle’s engine and suspension puts added stress on its chassis, which leads to increased flex and fatigue. Aftermarket braces – like the Sustec Front Under Brace from Tanabe – stiffen the vehicle’s underlying structure to better cope with higher loads. What’s more, the added chassis strength allows the suspension to better do its job. 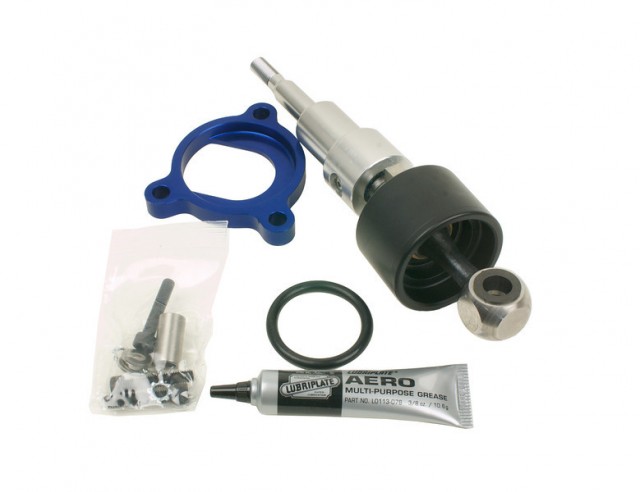 Banging through the gears of the 370Z’s 6-speed manual transmission is fun, but do so with too much speed and/or vigor and you’re bound to miss a shift or three. A short shifter, like this one from B&M, drastically reduces the chances of suffering that embarrassment. It works with the stock shifter knob and boot, but the throws are 33% shorter than those of the stock lever. Plus it has a limited lifetime warranty for added peace of mind.