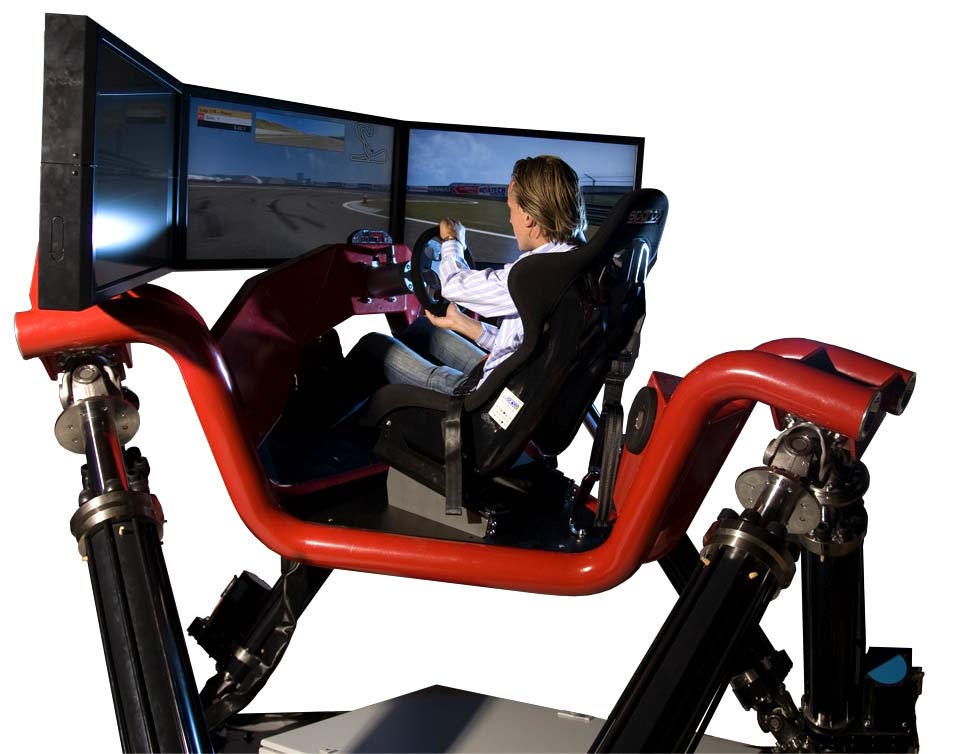 The PS3 has awesome graphics and a growing library, the XBOX360 has the hot titles and a fantastic online experience, and the Wii has an active fun factor times 10. But what none of these systems can duplicate is the thrill of real racing. Sure, playing GranTurismo 5 and Forza 3 are a blast but they may just not be immersive enough for some folks. Even though Formula1 2009 on the Wii allows for a bit more involvement, turning a steering wheel in the air and screaming at everyone won’t cut it for the real enthusiast.

What you need to do is man-up and cop the Cruden Hexatech IV racing simulator, a massive sit-in video game that delivers the complete exhilaration of whipping around  myriad courses at hyper-speeds. It even gives you convincing steering-wheel feedback and allows you to get a taste of actual G-Force. 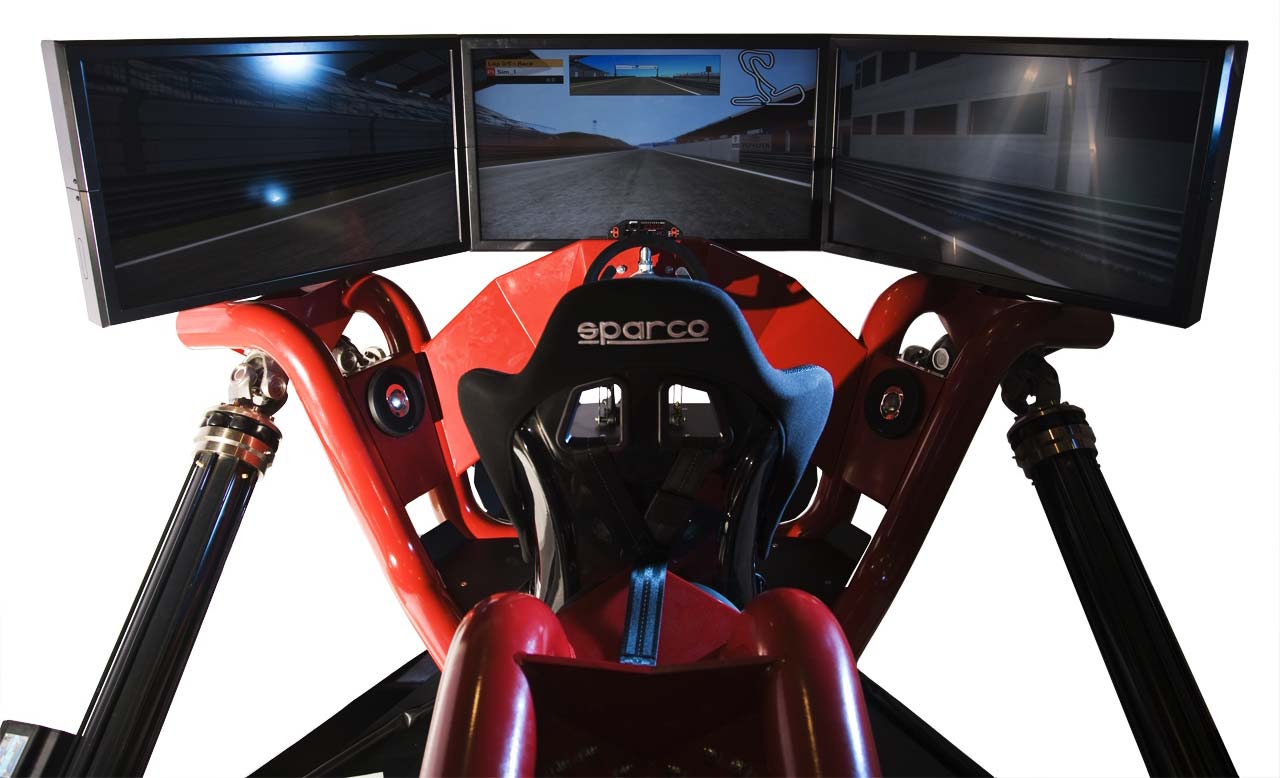 In fact, according to Cruden, this is the exact same system used by top race teams to stay sharp, check out new tracks and test various vehicle setups. That makes perfect sense since the system is so advanced that you can dial in settings for the chassis, wheelbase, tires, suspension system, engine, gearbox, differentials, aero loading, aero draft (slip streaming), steering and brakes. Driver aids such as traction control and ABS can also be configured.

The Hexatech IV system comes with proprietary software that provides all kinds of cool simulations such as 24-hour races (let’s hope there’s a pause button), fast lap shootouts and full-on championship competition. You can compete in Formula 1, NASCAR or other various racing leagues such as WRC.

Drivers sit in a special Sparco cockpit, complete with seat belt tensioners, in front of three 42-inch screens. Cruden handles the install and all you need is 2.3m by 3m of floor space and a 3m high ceiling. The system is built to last from 10 to 15 years depending on usage, which can be substantial. All of this is available for the small sum of £120,000 or $191,500.