TW Steel VR|46 Watches are Just What “The Doctor” Ordered 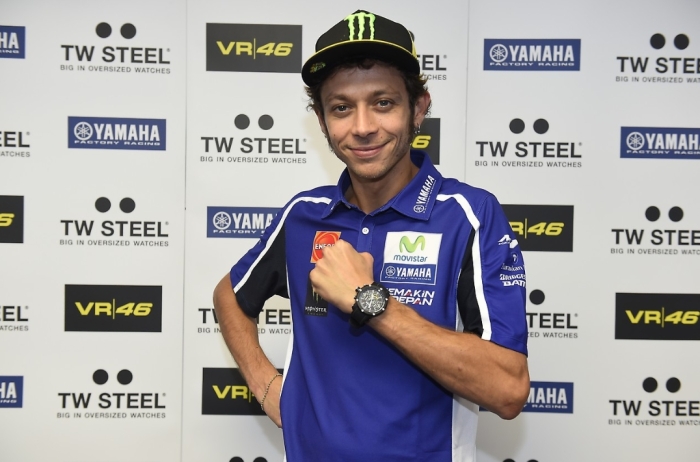 Just when you thought Valentino Rossi – the most successful world championship motorcycle road racer of his generation – was over the hill, washed up, etc., he put a whopping on all the young punks of MotoGP yesterday in front of his home crowd at Misano. This is not to say, however, that the Italian rider known to legions as “The Doctor” isn’t planning for life post-racing; his merchandising company, VR|46, makes accessories and apparel brandishing not just his own brand, but the brands of some of his fellow riders (including MotoGP’s current wunderkind, Marc Marquez). And now VR|46 has teamed with another successful label – TW Steel watches – to create a line of specialedition Valentino Rossi timepieces. All three watches – the VR|46 Pilot in both 45mm and 48mm and the 48mm VR|46 Tech – feature Rossi’s signature yellow #46 logo and a powerful Miyota 6S20 movement. Prices will run from about $490 for the smaller of the two Pilot models to about $1,030 for the Tech. 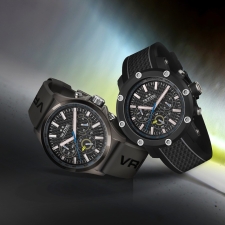 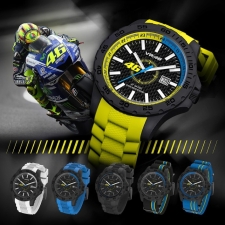 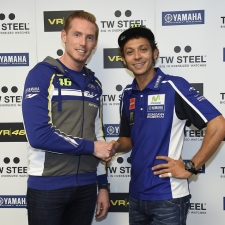 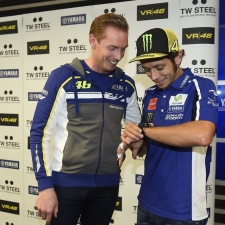 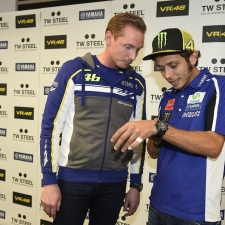 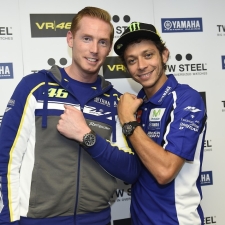 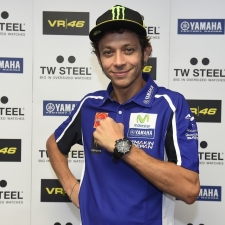 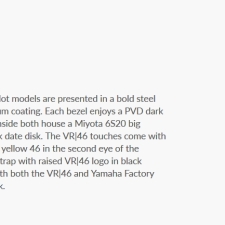 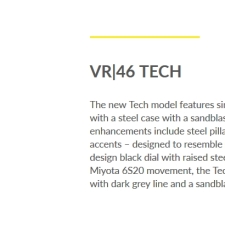