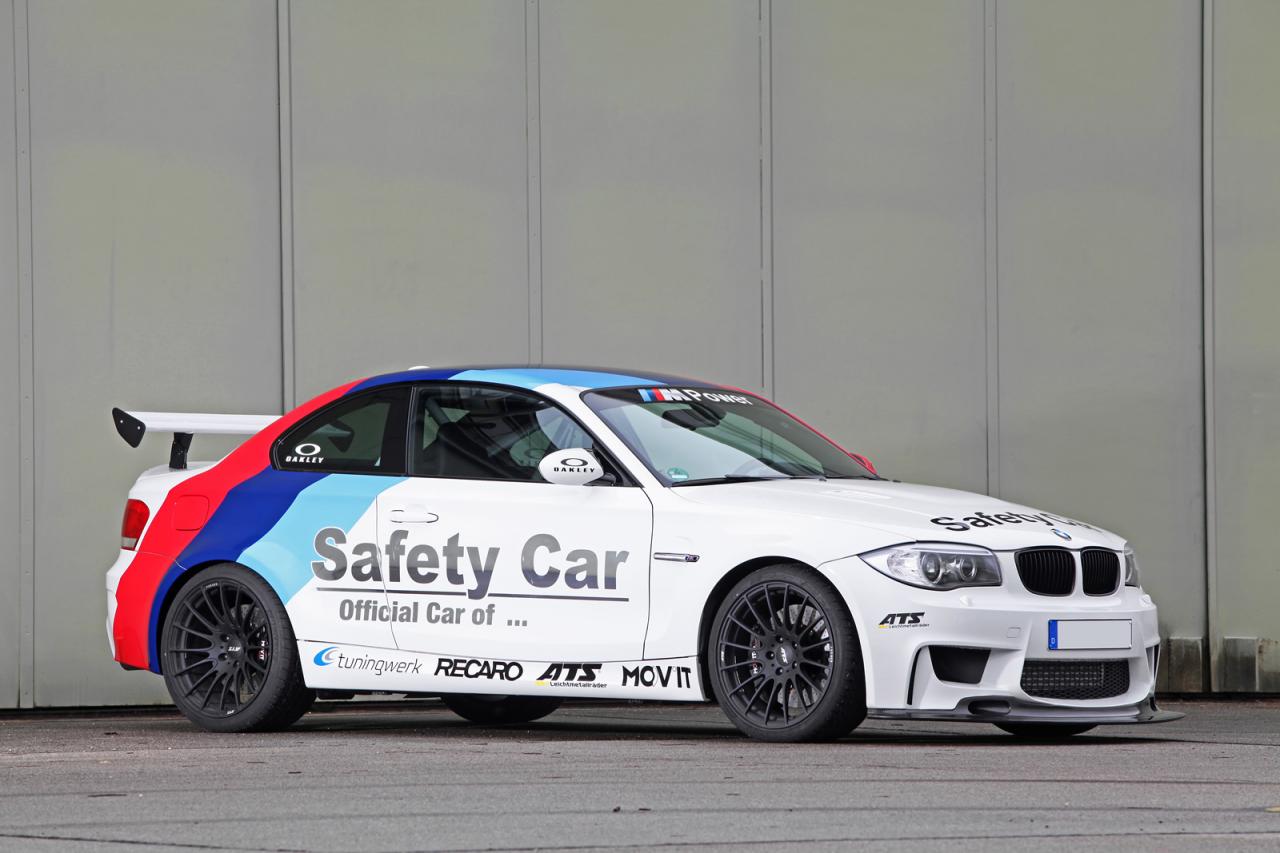 Production of the BMW 1 Series M Coupe may have ended, but that doesn’t mean the performance aftermarket’s quest to make the mightiest 1er of all even mightier has done the same. In fact, we won’t be surprised if tuned 1Ms soon outnumber stock ones. We say that, of course, because very few of these baddest baby Bimmers were made; just 740, for example, came to the U.S.
The most recent company to one up the stock 1 is Tuningwerk. And while the paint, body kit and wheels certainly make it clear this is no ordinary 1M, dropping the hammer makes it even clearer. 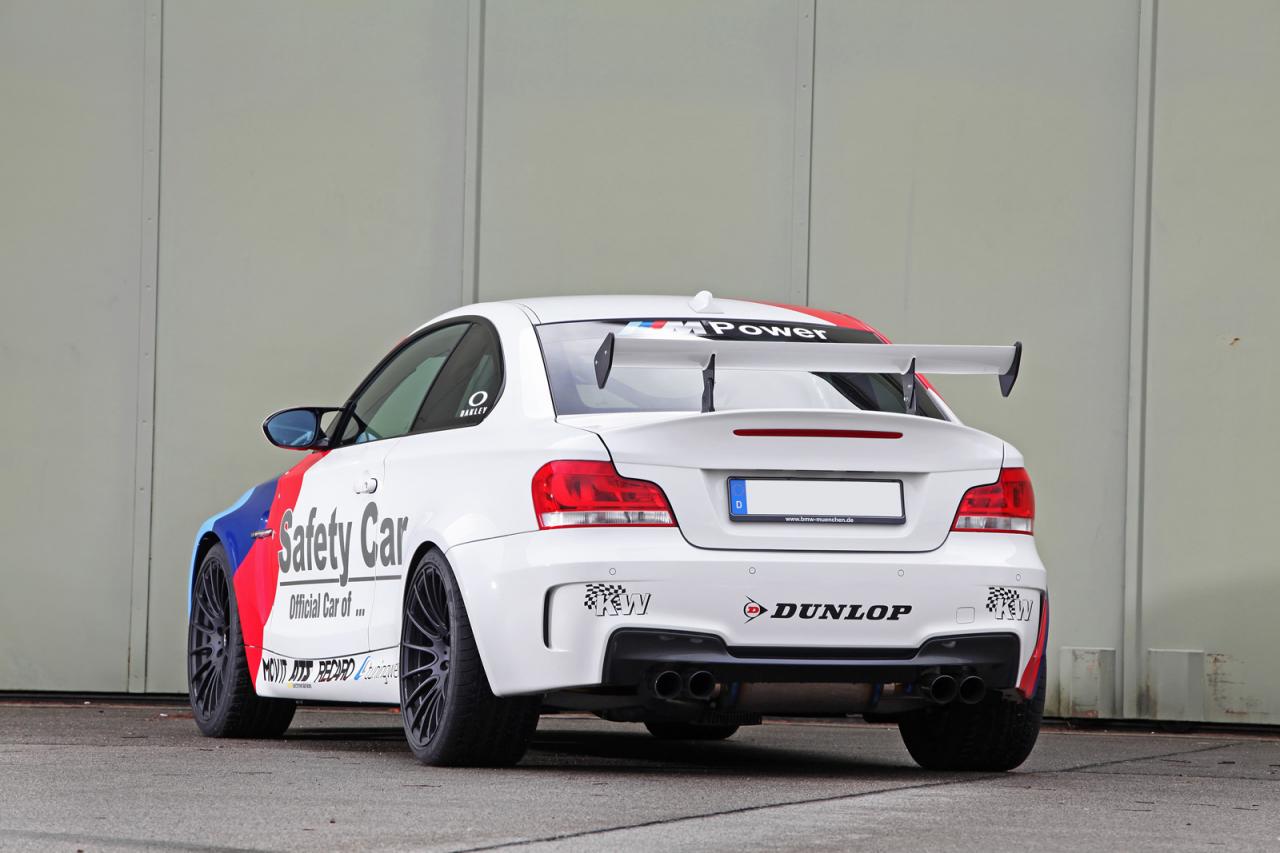 But first, back to the visual mods. The new front splitter, vented hood, ducktail-spoilered trunklid and GT-style rear wing are all made of carbon fiber, meaning they cut weight as well as add to the machismo quotient. Ditto the carbon fiber Recaro bucket seats and the FIA GT4 racing-certified roll cage. The matte black wheels are 19-inchers from ATS, and Tuningwerk installs steel or carbon-ceramic brake discs measuring about 15" in diameter, i.e. bigger than some pizza joints' large pies.
Why so much stopping power? Because there's so much going power, of course. Tuningwerk goes through the whole engine, as well as fitting a secondary oil cooler, and a Titan exhaust system. The result is a ballistic 521hp and 453 lb.-ft of torque, both sizable bumps over the stock 3.0L twin-turbo inline-six's 335hp and 332 lb.-ft. Throw in the heavy duty clutch and shorter-than-stock final drive ratio (3.25:1 standard, 3.45:1 optional), and the 1 Series M RS should be capable of serving some bona fide supercars generous servings of humble pie. Tuningwerk hasn't given exact figures for acceleration and top speed, but it does say the latter figure will exceed 186 mph if the appropriate tires are fitted. 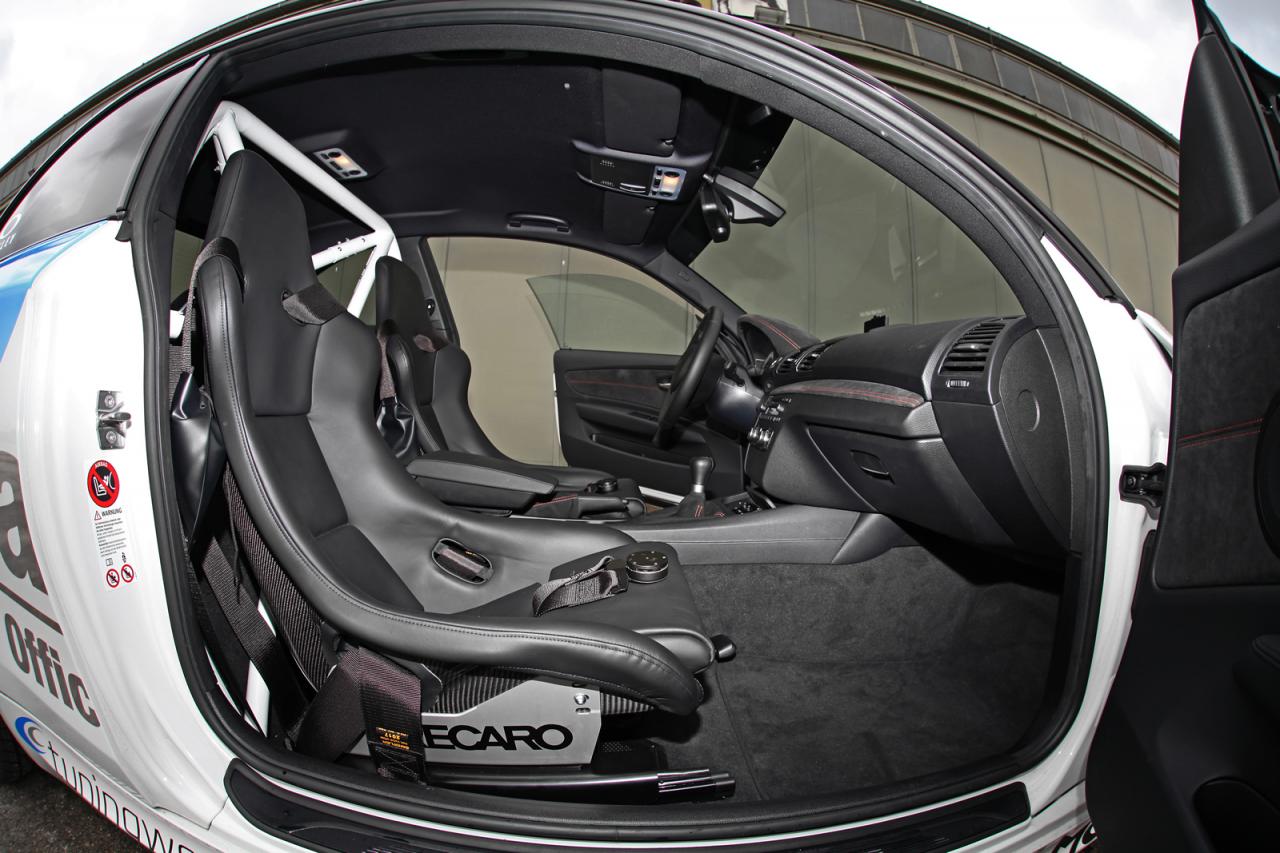 Tunerwerks is also keeping the price of all these upgrades close to its vest. But when you're looking to make an uncommon car even more uncommon, price isn't exactly a concern, is it?
Source: Tuningwerk
Tweet
Share
Share
Pin19
19 Shares
Categories
Tuning
Tagged
Aftermarket TunersBMWBMW M GmbHGermanTuningwerk
0
Back to Top