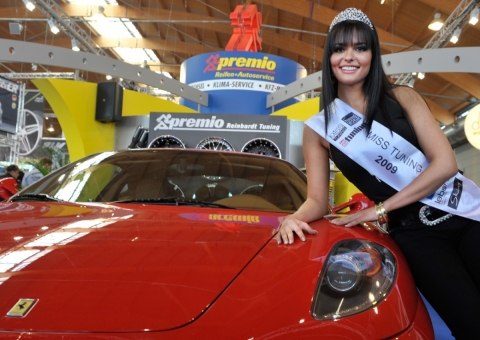 Tuning World Bodensee is the biggest and baddest tuning show in Europe with over a thousand tuned cars on display. This year’s event took place from April 30th to May 3rd in Friedrichschafen, Germany at a venue with 915,000 sq feet of space. There were more than 250 exhibitors from around the world showcasing their wares. This was the 7th year that the event was run and it was one of the best ever. For better or worse, here in the States, the only real exposure from this show is the very well followed Miss Tuning World competition that highlights each event. 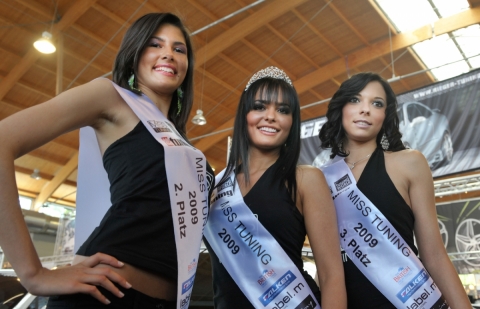 Miss Tuning World 2009 started out with 350 contestants for which 20 finalists were ultimately chosen. This year’s runners-up were models Nina Zivkovic and Leslie Braumann. Daniela Grimm, last year’s winner, handed over the crown to Martina Ivezaj, this year’s winner, who will wear it proudly. 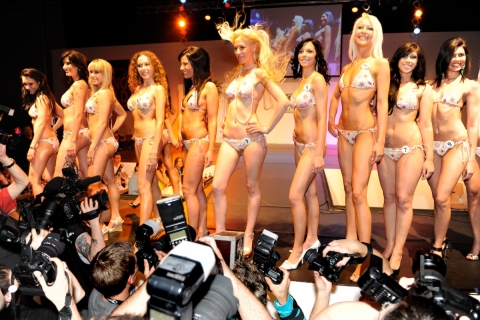 As winner of Miss Tuning World 2009, international model Martina Ivezaj receives not only the gold crown but a Seat Ibiza SC to drive for an entire year. This is a cool little whip with a 3 cylinder engine that does 0 to 62 in 15 seconds. But it gets a combined 48 miles per gallon, so who are we to judge. And so I digress— back to the topic at hand. We look forward to Martina’s calendar shoot with the Ibiza SC that will take place in the British Virgin Islands next year and we will definitely keep you posted. 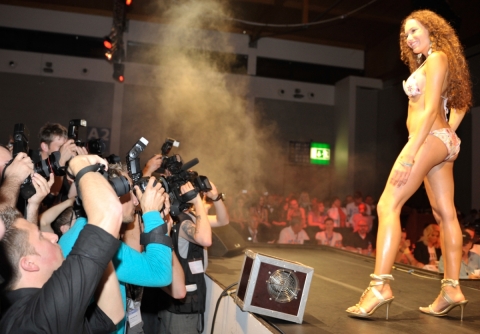 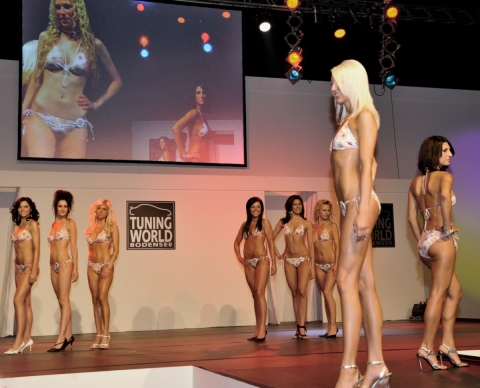 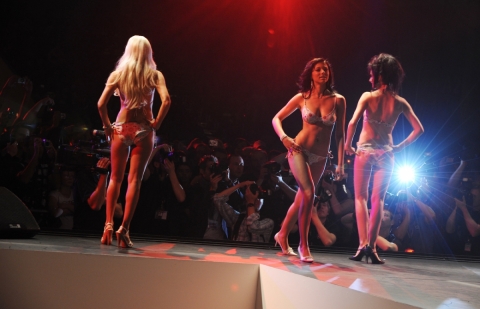 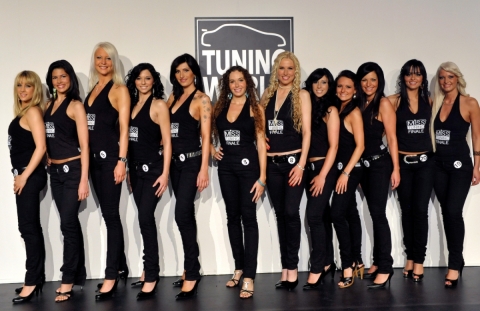 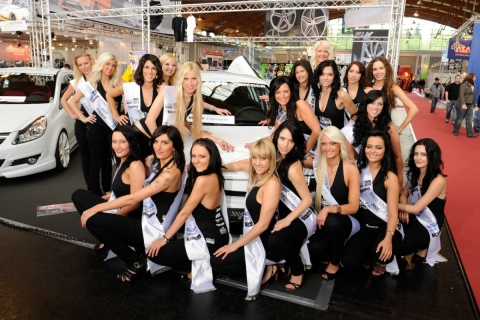 Here are the final 20 contestants for the 2009 Miss Tuning World finale: