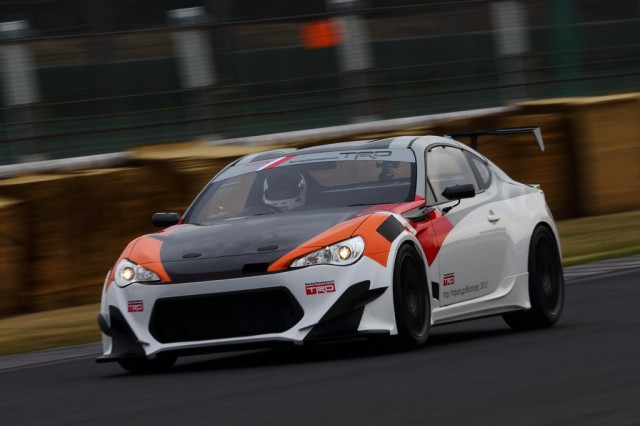 As you have undoubtedly noticed, Japan’s four-wheeled wonder twins – the Toyota 86/GT86/Scion FR-S and the Subaru BRZ – have become the darlings of the world’s automotive aftermarket. Scores of tuners have either released or will soon release parts to make the Toyobaru coupes faster, more agile and/or better looking. It’s becoming increasingly difficult to build such a vehicle that’s exactly like another.

However, so far, Toyota and Subaru themselves have mostly shied away from offering their own tuning parts for the small rear-drive sportsters. That changes in a very big way with the Toyota Racing Development (TRD) creation you see here. It’s called the TRD Griffon, and it may point the way toward a bright future full of factory hot rodded Toyobarus. 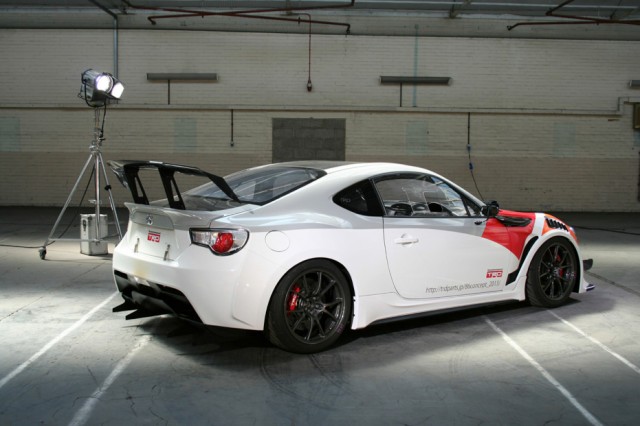 To turn a GT86 into the Griffon, TRD has added numerous new body panels. These include a carbon fiber hood, trunk lid, roof and door skins, plus small racing style side mirrors and a giant rear wing that are also made of carbon fiber. The new front and rear bumpers and front fenders, meanwhile, are formed from carbon-reinforced plastic, and all six windows have been replaced with polycarbonate pieces. Needless to say, the body is considerably lighter and much more aggressive looking.

The motorsports-inspired weight-saving theme continues inside. TRD has installed its own lightweight bucket seat for the driver, as well as a TRD shift knob, ignition switch, and a trio of auxiliary gauges (oil pressure, oil temperature and water temperature) that live where the radio used to live. Other custom cockpit touches include a Momo steering wheel and Takata seat belts. 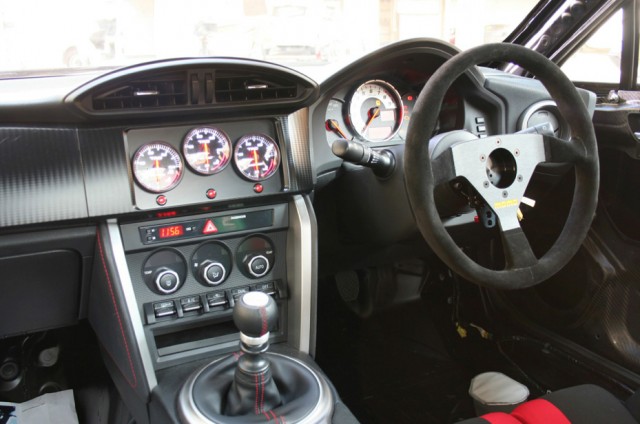 As for the mechanicals, there’s good news and bad news. The bad news is the 200 horsepower 2.0L flat-four is bone stock. The good news is there are numerous chassis upgrades that allow you to carry more of what speed you can gather on the straightaways through the turns. The stock suspension gets treated to a coilover kit, plus there are beefier brakes and 18” wheels from TWS wearing high performance Yokohama Advan tires. And the stock Torsen limited-slip differential? It’s been replaced with a more track-friendly mechanical LSD.

Will the Griffon reach production? Almost certainly not. However, many of the parts found on it are or will soon make their way into TRD catalogs in most parts of the world or, if you live in Europe, you will be able to buy a GT86 TRD that includes such goodies as 18” wheels and tires, front and side skirts, a rear spoiler, and a quad-tip exhaust system. And if you want to see the TRD Griffon get put through its paces in person (and will be in the United Kingdom this weekend), you can see it make its public debut at this weekend’s Goodwood Festival of Speed. 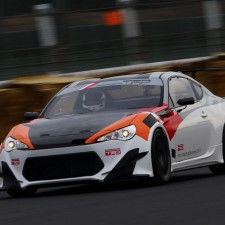 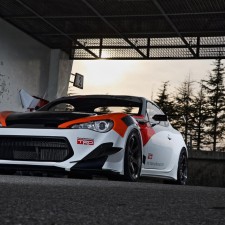 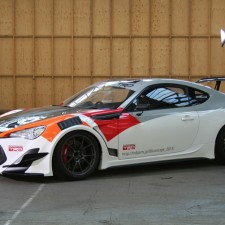 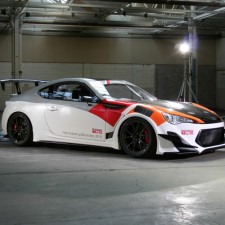 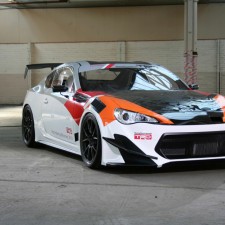 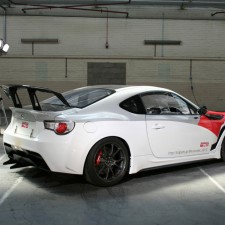 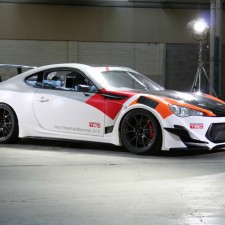 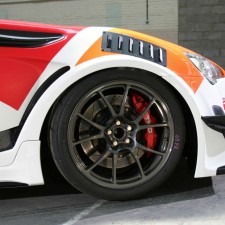 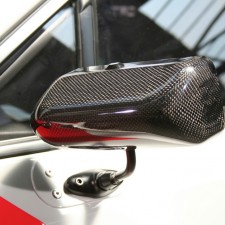 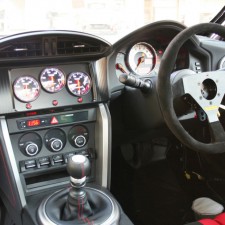 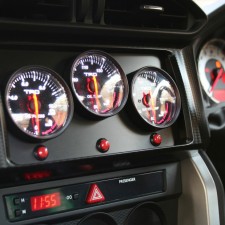 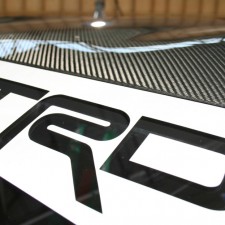