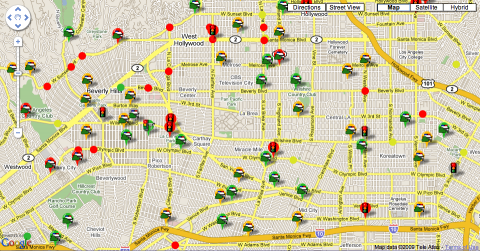 By now most of you are probably familiar with Trapster, the social network, speed trap sharing application that helps keeps the fuzz out of your life. It’s available for the iPhone, Blackberry and many other phones such as the Nokia N95 and Windows Mobile devices with GPS. Garmin and TomTom have also hopped on board. If you don’t have a compatible device, Trapster has a website that provides the same information and features at trapster.com.

In any case, the Trapster application allows registered members to view as well as add to the database of user alerts. Trapster has a multi-faceted system wherein a user can both enter and view Live Police Traps, Unusual Hiding Places or Enforcement Points, Red Light Cameras, Fixed Speed Camera, Mobile Speed Cameras, Combo Cameras (red light and speed photoenforcement cameras) along with Checkpoints. In addition, symbols are presented in either green, yellow, red or gray to indicate the confidence level. Red is the highest confidence followed by yellow and then green for lowest. Gray means that the alert has pretty much been voted unsubstantiated.

The newest feature that has been added to Trapster is available starting today for the iPhone with release v2.4. Users can now auto-post traps and trips to both Facebook and Twitter. Before, users were forced to contend with short messages without context where they had to guess exact locations and had no mapview functionality. With this new release, Trapster is now playing nice with top social networking platforms.