Toyota Mirai Will Make History at This Weekend’s NASCAR Race 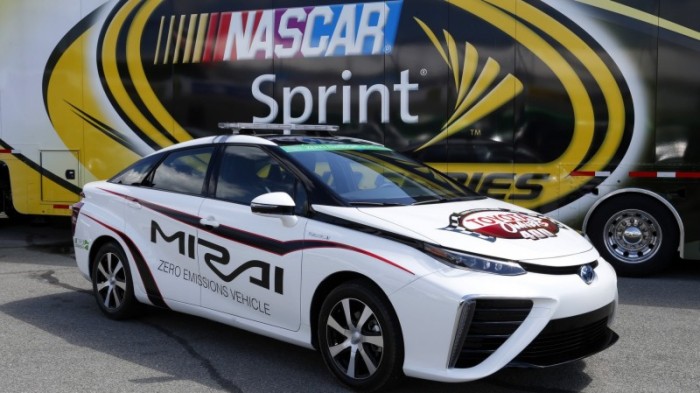 While most people might not associate NASCAR with being green, the reality is the sport has been working on reducing its environmental impact for a few years now. And the latest byproduct of that effort is a collaboration with Toyota that will see the Japanese marque’s new Mirai fuel cell electric car serve as the pace car for this Saturday night’s NASCAR Sprint Cup Series race, the Toyota Owners 400 at Richmond International Raceway. It will mark the first time ever that a hydrogen fuel cell vehicle has paced a NASCAR race, but it’s not the first time Toyota has broken new ground in the green NASCAR pace car field: In 2009, a Camry Hybrid was the first gas-electric hybrid car to serve as the official pace car for the duration of a Sprint Cup race. And considering Richmond is a fairly cramped ¾-mile oval, don’t be surprised if the Toyota Mirai gets to lead quite a few laps over the course of the evening… 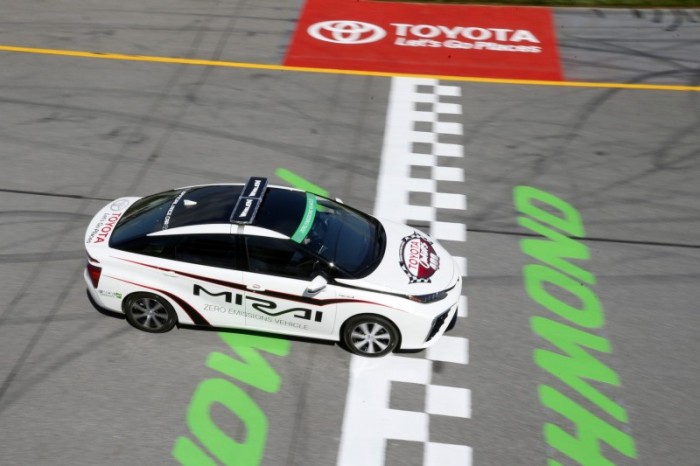