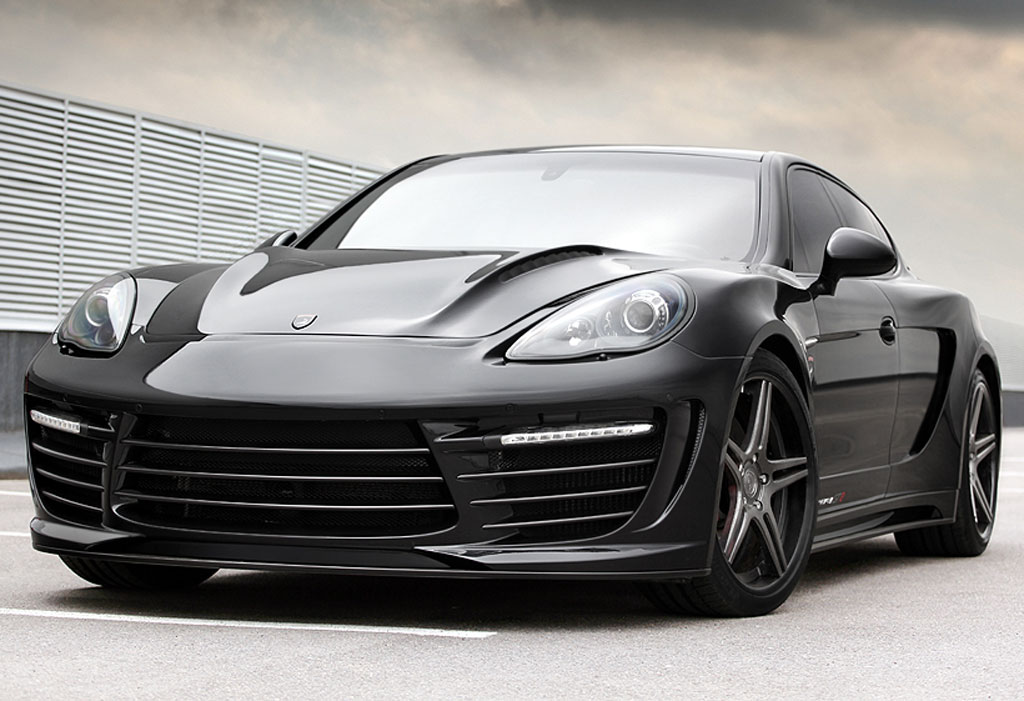 Admit it: When you think of nations that harbor large quantities of automotive tuners, the ones that come to mind most promptly are Germany, Japan and the good ol’ U.S. of A. Tuners in these countries have the experience. They have the kickass cars, both homegrown and otherwise. And they have the venues to test their creations and strong cultures that appreciate them.

These days, though, you can add Russia to that list of prolific car-modding countries. The Motherland’s nouveau riche love high end cars that stand out from the herd (and some really, really stand out), go crazy-fast, or both. One of the Russian tuners catering to this market is TopCar, and they’ve just announced an upgrade package for the Porsche Panamera. 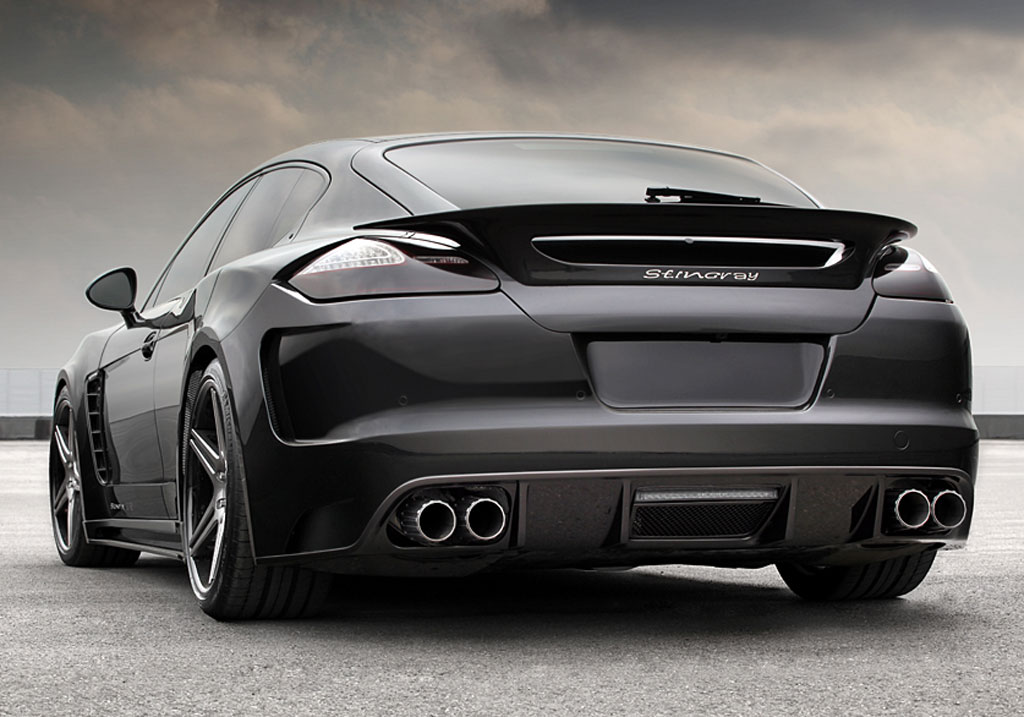 Dubbed the Stingray GTR, the centerpiece of this suite of tweaks is the mean, definitely not lean widebody kit. The front bumper has more grille area than a barbecue factory, while the rear bumper packs a pair of enormous extractor vents and a diffuser with cutouts for sewer-pipe grade quad tailpipes. There’s also a large wraparound rear spoiler that works in concert with the stock pop-up unit, a hood that looks like – oddly enough – a flapping stingray, bulged fenders, side skirts and doors that have been reskinned to create decidedly Carrera GT-esque side scoops. Smoked taillight lenses, TopCar badging and huge split-spoke alloy wheels round out this more-door Porsche‘s exterior mods. 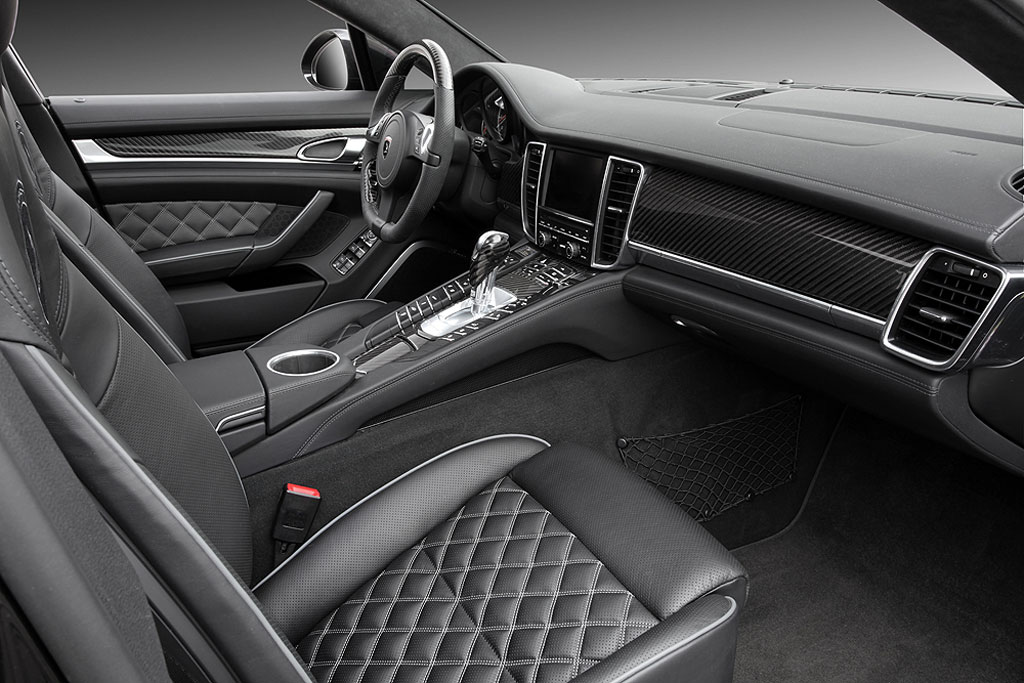 Inside, there’s brushed aluminum and carbon fiber trim galore. The seats have been reupholstered in diamond-pattern leather that is, like the exterior and most of the rest of the interior, black. Murdered out doesn’t begin to cover it.

However, there are two rather disappointing aspects of the Stingray GTR. One, there’s absolutely no mention of any mechanical upgrades. Granted, a showroom-fresh Panamera (particularly the Turbo) can hardly be called slow, but when we see a car with added visual punch, we tend to expect some extra performance punch to go along with it. The other bummer? TopCar is only building 25 of these puppies, meaning that unless you’re in Russia and on the phone with them right now, you probably aren’t getting one. But if anyone with the cash and the desire could order one, it wouldn’t be very special now, would it?