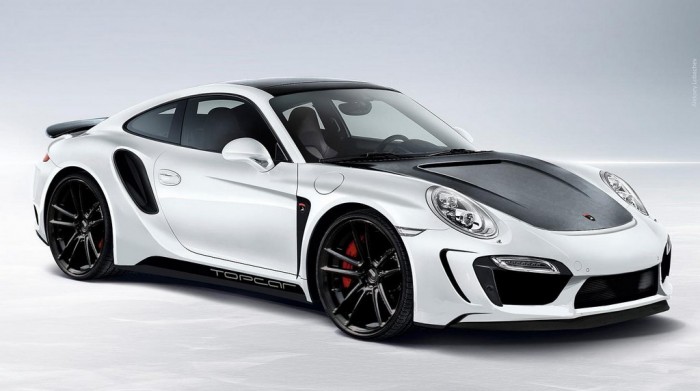 The new Porsche 911 Turbo S is certainly a remarkable car. It can be silly-fast when you want it to be thanks to its 560 horsepower twin-turbo flat-six and clever all-wheel-drive and all-wheel-steering systems. Conversely, when you just want to tootle along, it’s pretty proficient at that, too, thanks to its multi-mode suspension system and a 7-speed PDK dual-clutch transmission that’s perfectly capable of doing the shifting for you. 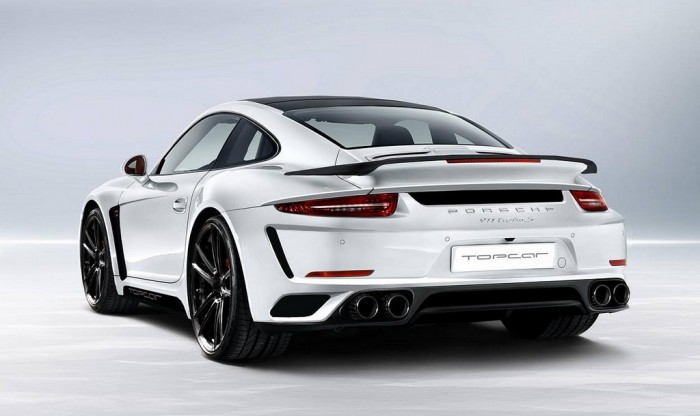 So there’s not much more you could ask from it in the dynamics department, but what about in the looks department? Well, if you happen to find it wanting in that regard, you’ll be happy to know that the enterprising Russians at TopCar are hard at work on a tasty widebody kit for the ultimate factory version of Porsche’s 991 (so far, anyway) called the Stinger GTR. Like the Stinger GTR kit for the current regular 911s, the kit for the Turbo and Turbo S will incorporate new fascias front and rear and a bigger-than-stock rear wing, as well as smoothly-integrated flared fenders that allow for the fitment of considerably chubbier wheels and tires. 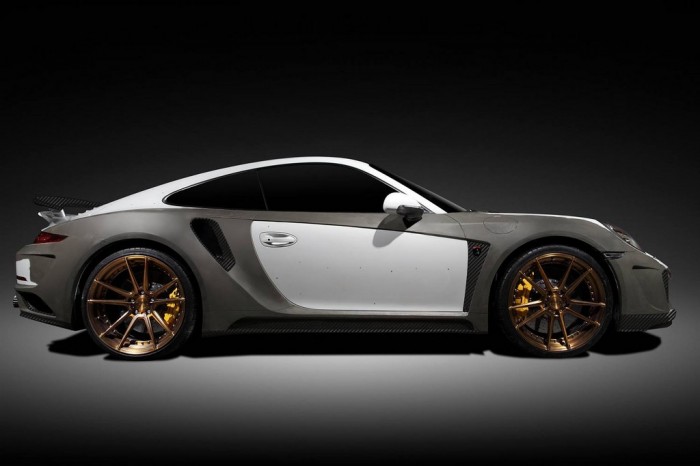 And in case you want a clear visual representation of which parts will be changed or modified, TopCar has (in addition to digitally-manipulated renderings of the finished product) helpfully released a series of photos showing their test car adorned with modeling clay to represent the body’s new contours. The clay-modified panel shapes will then be used to make the molds for the actual parts, which will be made of carbon fiber and Kevlar. Adding girth without adding (much) weight; we like it! 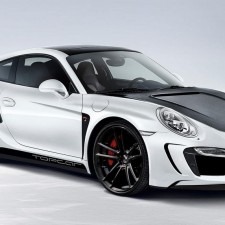 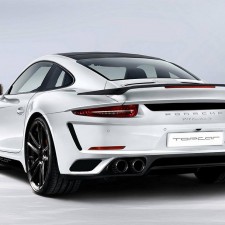 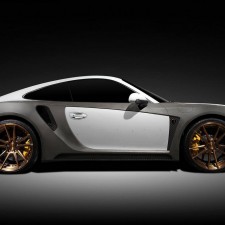 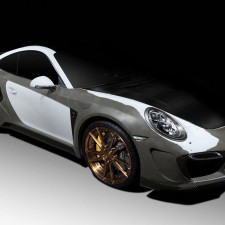 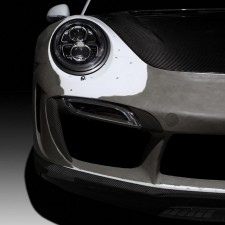 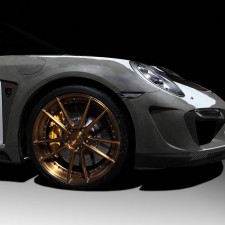 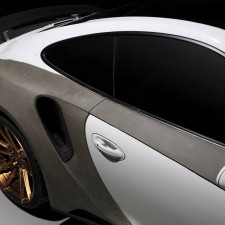 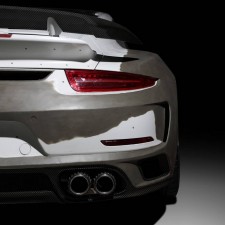