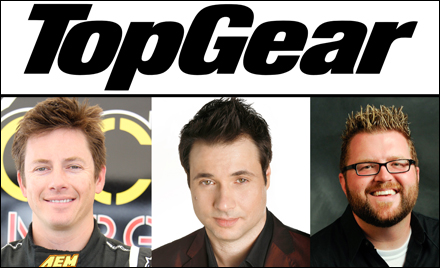 If you’re at this web page, you are obviously familiar with Top Gear, if only by name. It’s not just the best car-oriented television show in the world, it’s also one of the most viewed shows on the planet, with 350 million people tuning in to watch our favorite trio of auto nerds; Jeremy Clarkson, James May and Richard Hammond. The show was so successful it gave birth to some offspring; Top Gear Australia and Top Gear Russia.

It still surprises us that the US was 3rd in line to get its Top Gear sandwich. We have the biggest auto market in the world, and cars have been a central point of our culture since Henry Ford first turned a wrench. But after many trials, recasts, pilots and network passes, it’s finally coming. Top Gear America will premiere this fall on the History Channel; and after going to a live taping on Thursday I am happy to report it is not (as so many thought) going to suck. Quite the opposite in fact.

Before we talk about the hosts, I want to relay something that Top Gear UK head writer and producer Richard Porter said to the audience before the taping began; this is not a copy of the UK Top Gear. They know they can’t replicate Clarkson, Hammond and May, and they don’t want to. What they want to do is just give us more of what we all love. Top Gear America isn’t a replacement for Top Gear UK, it’s a second helping. He also reminded us that for the first two years, Top Gear was “Total shit.” So to all of you out there; give it a chance. Don’t expect them to climb Everest in a Rav4 in the first episode. Let the hosts and producers find their way. 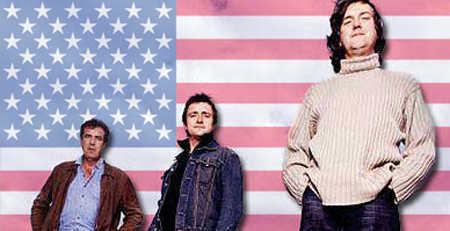 So what’d we get to see? Well after a long wait and a security screening process we were finally brought into the set. It basically looks like a miniature version of the UK show’s set. There’s a round stage with the same car seat chairs, a table made out of an engine block and lots of Top Gear logos. There’s a power lap board that had four lap times on them, but I’ll save those for a surprise. Parked around the stage were a Viper ACR, Aston Martin Vantage V12, Panamera S and a Camaro SS. Sounds like a Top Gear set to me. This was also the first taping of the series, so the crew was still figuring things out. At one point I impatiently watched 3 crew members put gaffer tape around the entire edge of a 20-foot diameter carpet (to make it look cleaner). This tedious 20 minutes turned out to be completely worth the wait, when a seeing eye dog (see below as to why it was there) let out a 40-second piss on said carpet, on camera, the very take after the crew was finished. Hilarious.

Of course Top Gear isn’t about the set, it’s about the films, and we got to watch two of them. In the first, Tanner races two extreme skiers up and down Mammoth Mountain. You’re probably thinking, “What? Richard Hammond did that already!” Well 2 things: 1) Top Gear has done a LOT, so there will probably be more repeats, but it’s still a new car, new driver and a new location. 2) Tanner didn’t go up the mountain road, then back down the road like Hammond. He drove up on the road, but came down on the mountain. Piloting an Evo X through 2 foot snow he drifted around trees and skiers alike racing down the mountain. It’s clear from the film Tanner was giving it his all, and the editing, music and action are all on-par with the Top Gear name.

In the second film Tanner was challenged to a drift competition by Adam and Ruttledge. It sounds silly, I know. Tanner earns his living driving sideways, so you’re thinking it’s a good time to call Vegas and bet your kidney that he wins the challenge. Hold up Fast Eddie, there’s an asterisk here; Tanner wasn’t going to be driving his car. Instead, he had to coach someone else in the art of driving, and that someone is a guy who had driven a car once, the car was an automatic, and he’s blind. Yes, he’s blind. Blind blind. Funny? Yes. Terrifying? According to Tanner it was the most scared he’s been in a car, ever. There were three challenges: a burnout contest, a donuts contest, and an e-brake parking contest. I won’t tell you what happened, but it was both comincal and entertaining, and filled with tire smoke, and isn’t that what we want from Top Gear? 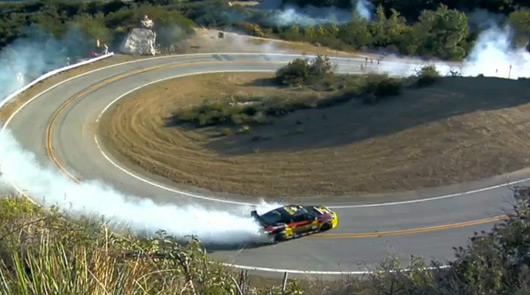 Let’s talk about the hosts, left to right (see teaser image). On the left is Tanner Foust, professional drifter, stunt driver, and the host of what feels like 72 different car shows. Simply put, the guy can friggin’ drive. Drift champion, X Games Rally champion, Rally X badass and in his spare time he does stunt driving and instruction on giant movie sets. He’s the wheel man of the show. He’s not an actor, and so he comes off a little stiff. But if I was hosting a new show in front of a live audience, that has the pressure of 350 million fans staring it down, I’d be nervous too. I have no doubt he’ll loosen up and prove to be a great asset to the show.

Adam Ferrara (center) is one of the funniest comedians I have ever seen, and I spend about 10 hours a week listening to stand up comedy (yes I’m single, why do you ask?) He’s one of those people who doesn’t have to say a word, but merely make a small change to his face, and has you rolling on the floor. His driving skills are on par with anyone born in 1922, but that just makes it more fun to watch. He’s funny deliveriing the lines, and in between takes he had the whole audience cracking up. 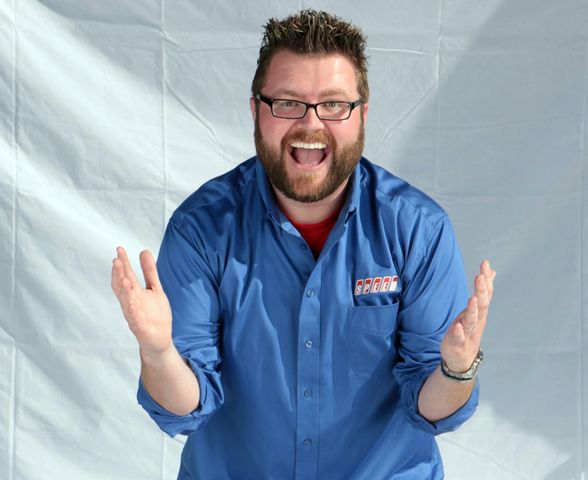 On the right is Rutledge Wood. Ruttledge is from Alabama, and has spent the last few years as a commentator for SPEED on my (read the next words with an amount of sarcasm and contempt equal to the BP spill) favorite thing in the world, NASCAR. Yes, he is a NASCAR fan. When I heard the 3rd host was a NASCAR fan I unleashed a flurry of bad words. It was surely blasphemy to hire him. Anyone (especially me) would have been better. But after seeing him work, I completely retract my curses on his children. Ruttledge is straight up funny. He may look like a skinnier Guy Fieri, but his cracks and jokes during taping took second only to Adam’s. He’s a true car fan, and made sure we all knew he’d never had sex with his sister (true story).

When I went in to see the taping I was very skeptical. TGA had already shot 2 different pilots for 2 different networks (Discovery and ABC), and both had been turned down. The hosts had been shuffled, recycled, fired and hired. Not to mention Top Gear Australia had given me little hope that a spin-off could be done well. As I stood in the audience I was giving it a 50/50 shot. But after hearing Richard and the guys talk to us about their goals and intent I felt better. Then we watched the films, and they had the high production value we know and love, and were both funny and exciting. I think Ruttledge put it best (yes, I just said that) using the great equalizing metaphor; chocolate cake. Think of Top Gear UK as a delicious, incredible chocolate cake. TGA isn’t trying to take away that cake and replace it with pie, but rather give you more of that same cake you love.

So what I want you Top Gear fans to do is give it a chance. It won’t be the original Top Gear, because it’s not trying to be. What it is is a fun show about cars filled with tire smoke, exotic cars and crazy challenges. And aren’t those the ingredients that make the original cake so damn tasty? Give this cake a try, I bet you’ll like it. 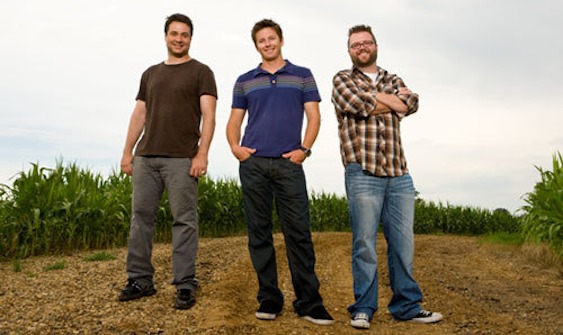