The Top 5 One-Make Racing Games of All Time

One of the great things about car racing games is they offer players the opportunity to experience the sensation of driving multiple cars from multiple manufacturers. However, not all racing games have taken advantage of this potential; some have chosen to concentrate on just one automaker and, in some cases, one product line from one automaker. Sounds like a recipe for boredom and/or low replay value, right? Well, if the following five video games are any indication, that’s not always so… 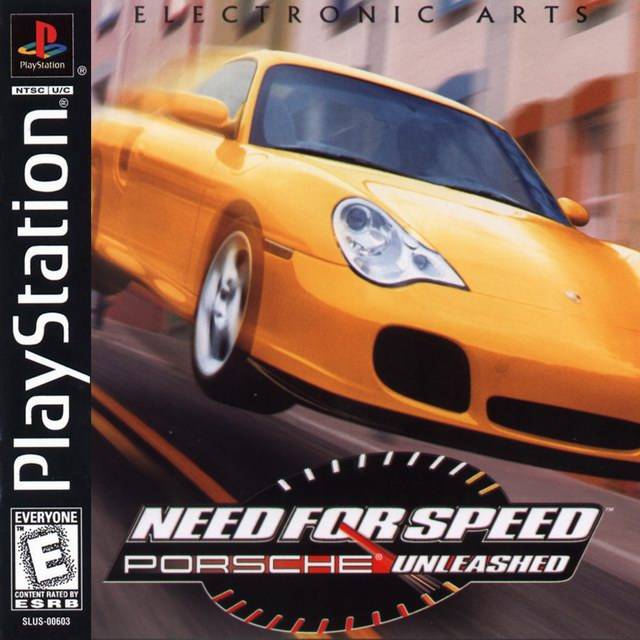 When compiling a list racing games dedicated to just one automaker, omitting Need for Speed: Porsche Unleashed is a capital offense. When it was released for PC and PlayStation in 2000, it was the first (and thus far only)Need for Speed game to star just one marque. The car list covered a sizable portion of the German nameplate’s back catalog, from the 356A (or, in the case of the PlayStation version, the very first Porsche, 356/1 from 1948) to the then-brand-spanking-new 996-series 911 Turbo. And those vehicles could be experienced in a wide variety of game modes on a host of entertaining tracks.

Yes, Need for Speed: Porsche Unleashed (it was marketed under slightly different names outside North America) was and is a terrific game; in fact, some racing game snobs consider it to be the last truly great title in the NFS canon. However, there is a dark side to this gem: Publisher Electronic Arts and Porsche grew quite chummy as a result of this game. So chummy, in fact, that Porsche entered into a long term exclusive licensing agreement with EA that endures to this very day. Oh sure, EA has and still will sub-let the license to competitors; it just charges a king’s ransom cubed times a thousand for it, which is why you won’t find any Porsches in games belonging to the Test Drive, Gran Turismo or – more recently – Forza Motorsport series. 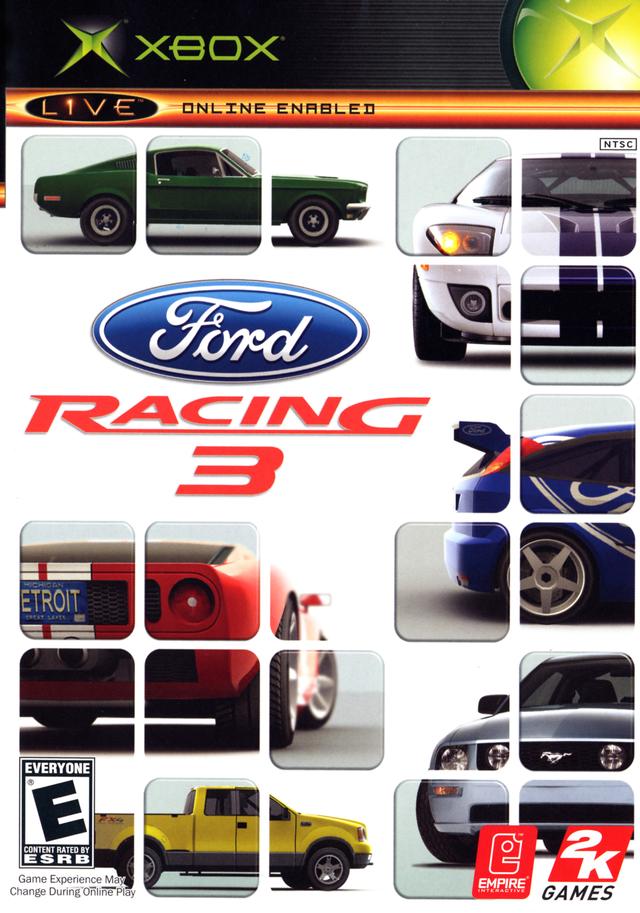 With a history that dates back to 1903 (1896 if you count Henry Ford’s home-built “Quadricycle”) and a wide variety of vehicles built for markets around the world, an all-Ford game sure sounds like a swell idea, doesn’t it? Empire Interactive, a game developer and publisher from the U.K., must have thought so, since it published not one, not two, but three games featuring a variety of Ford cars and trucks. The last one, called Ford Racing 3 and released in 2004, had the biggest variety of all, and included everything from the venerable Model T and Model A, to last generation examples of the Crown Victoria and Ranchero, to the revered Escorts and Capris of Europe and on to the mighty GT supercar.

Were the gameplay and graphics as polished as the stuff coming out of EA or Polyphony Digital during that time period? No. But if you bleed even a little bit of Dearborn Blue, you’ll get a kick out of this piece of software. 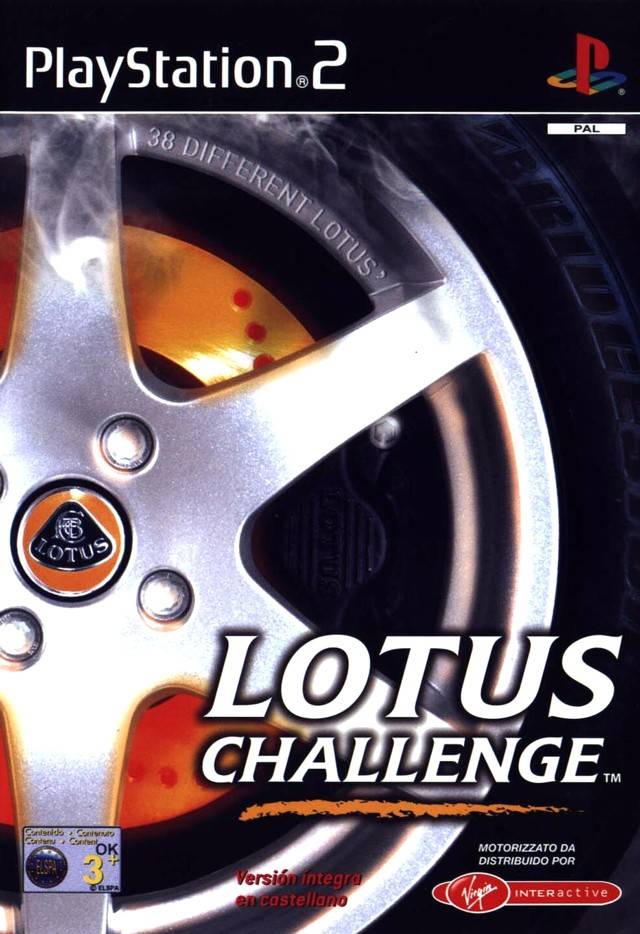 British automaker Lotus has a long and colorful history, both on the street and on the track. So of course it makes a great subject for a one-manufacturer racing game. And there have indeed been multiple all-Lotus games made over the years, particularly during the 16-bit Era. But the most recent such game was, unsurprisingly, the most comprehensive and ambitious. Dubbed Lotus Challenge, this Kuju Entertainment creation featured the expected bumper crop of Lotus road and racing cars (the latter group including six of the company’s most significant and successful Formula 1 cars) and some interesting tracks. In addition to those things, the game also included a handful of cars that Lotus developed for other nameplates, including the Vauxhall Lotus Carlton and the Proton Satria GTI. Why there wasn’t also at least one sporting Isuzu with “Handling by Lotus,” we’ll never know… 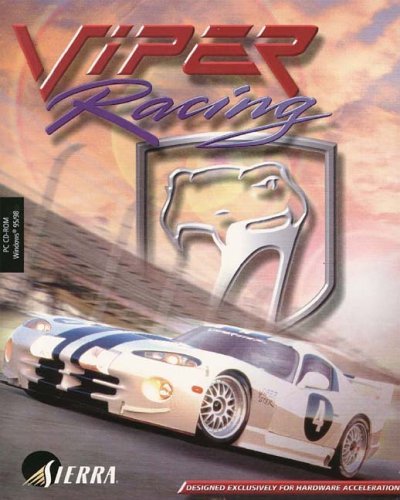 On paper, Viper Racing (developed by Monster Games and published by Sierra Entertainment) didn’t have much going for it. It was PC-format-only, and only starred one car: The original Dodge Viper GTS coupe. However, there was an interesting selection of tracks (all of them fictional), and the amount of vehicle customization was quite extensive, including fully paintable skins, upgrade parts and adjustability of things like spring rates, gear ratios and downforce.

But if that still wasn’t enough, there was some truly wild and wacky quasi-hidden bonus content, including a mode where tooting the horn would launch a giant marble at your opponents, and bonus cars that included an airplane. Sure, it was ugly as sin (It was basically a collection of blocks assembled into the shape of a primitive high-wing monoplane.), but it was in fact a fully-functional, flyable airplane! 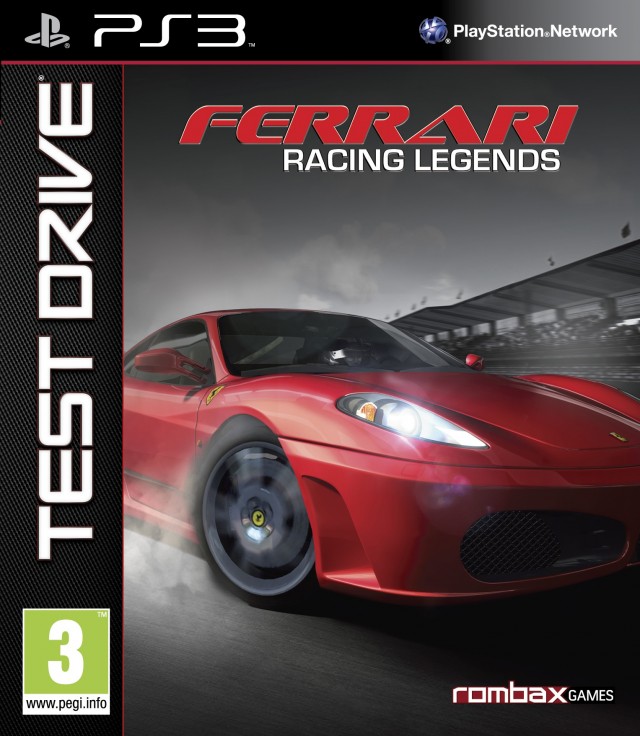 After its two attempts to take the Need for Speed franchise into the sim realm (Need for Speed: Shift and Shift 2: Unleashed) failed to win many converts from Gran Turismo and Forza Motorsport, developer Slightly Mad Studios was cut loose by EA. But instead of curling up on the couch while watching a Lifetime Movie of the Week marathon on the DVR and eating ice cream straight out of the carton, this resourceful British dev took the Shift 2 engine and used it to finish a game it couldn’t release while it was sharing a toothbrush rack with EA. It was a game all about Ferrari.

Thankfully, SMS found its publisher in shining armor in the form of Atari, which made the game part of its decades-old Test Drive series. Much like Need for Speed: Porsche Unleashed did with Porsche, Test Drive: Ferrari Racing Legends takes players through the history of the Prancing Horse with a wide selection of road, GT and prototype race cars and, naturally, Formula 1 cars. Sure, many critics found the graphics to be fairly average by 2012 standards, and that the difficulty and progression system were uneven, but the track and car selections will make your head spin (though we can think of some of the latter group that are conspicuous in their absence, e.g. the 156 “Sharknose,” 312P, Mondial T, 456 GT, F2004…).